Police in Brighton are looking for a man suspected of assault, affray and behaving in a controlling and coercive way. 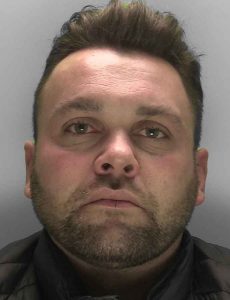 Sussex Police said today (Wednesday 4 August) that a £500 reward was on offer for anyone providing information leading to his arrest.

The force said: “Police are searching for Jamie Hall, 36, who is wanted by officers in Brighton.

“Hall is wanted in connection with a number of offences, including causing actual bodily harm (ABH), controlling and coercive behaviour and affray.

“He is described as a white man with dark hair, 6ft, and has links across East and West Sussex, including Brighton.

“Police are offering a £500 reward for information that leads to his arrest.