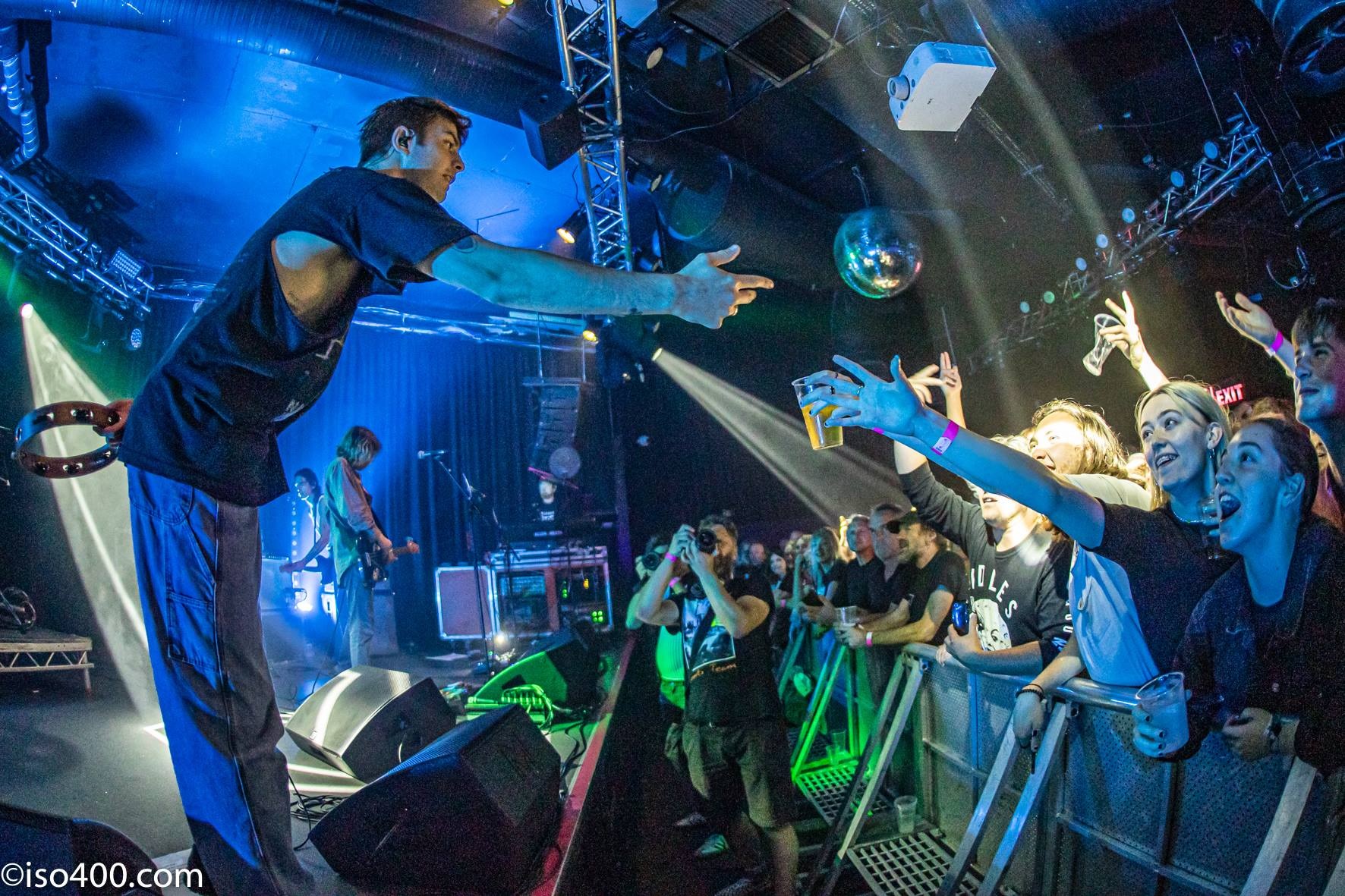 Tonight, it finally happened! Fontaines D.C. got to play tunes from their second album, ‘A Hero’s Death’, at a local launch gig here in Brighton at CHALK courtesy of Resident music and One Inch Badge. 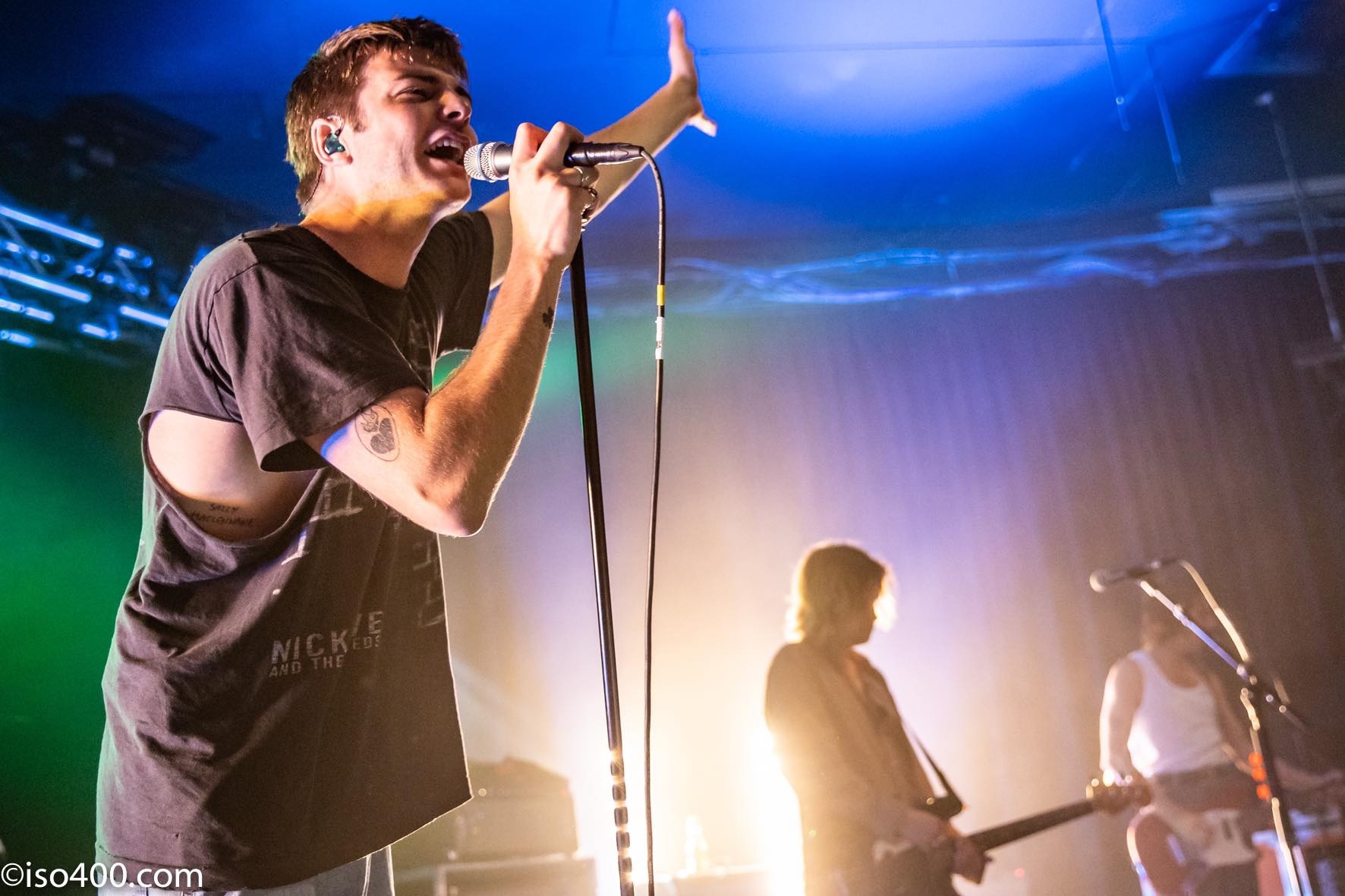 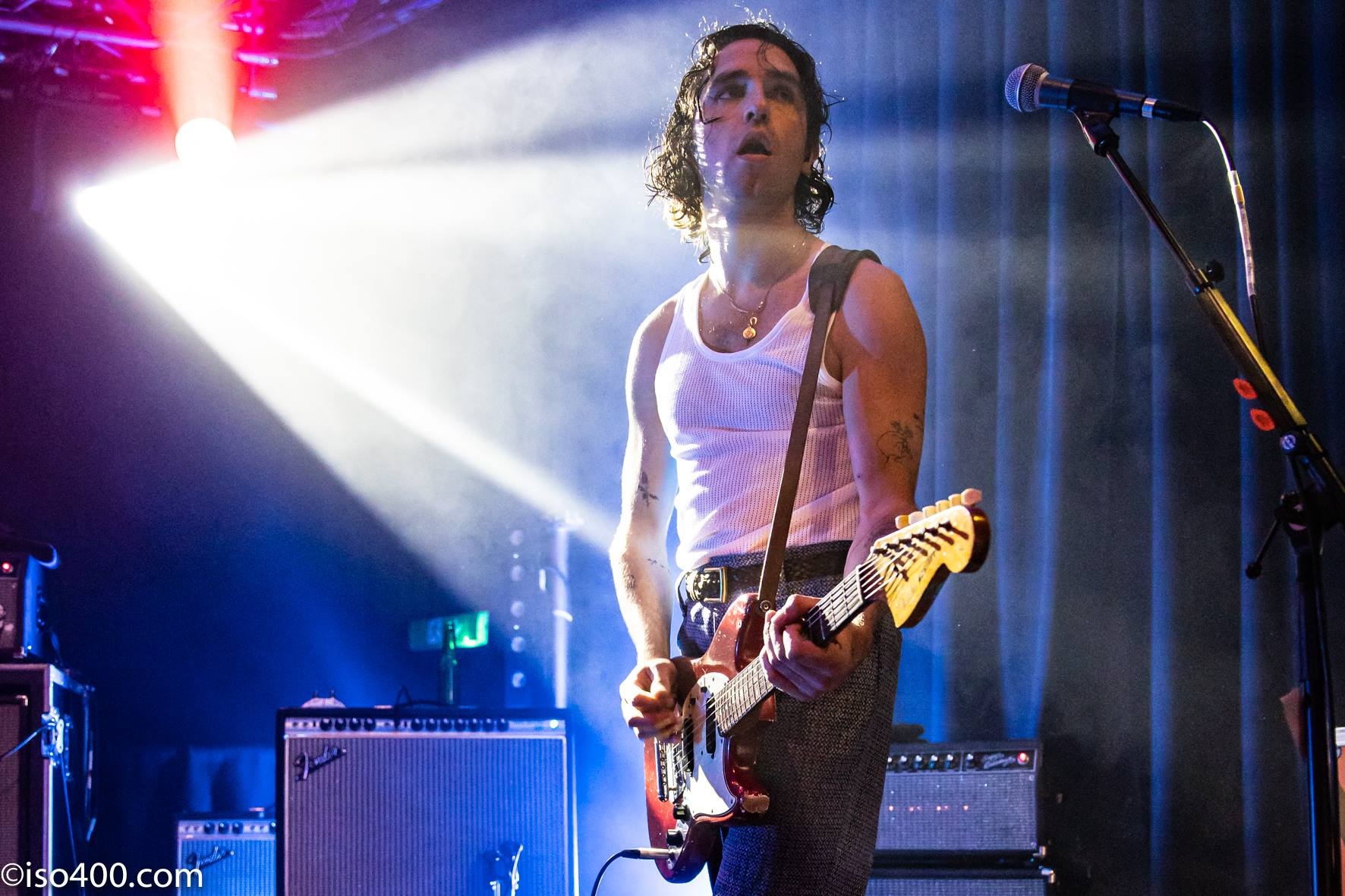 And so the return of live music continues…..
The concert room is filling up very quickly, and there’s a huge buzz of anticipation that tonight is going to be something special. This particular gig, if my memory serves me correctly, was supposed to take place in April last year. It was then postponed, for obvious reasons, until November. It was then postponed again till tonight.. So far, so chaotic.

However, rock‘n’roll is supposed to be about chaos. I was concerned though that we may get a little more chaos than we wanted when I approached the venue twenty minutes before showtime, only to pass vocalist Grian and drummer Tom walking in the opposite direction away from the venue! However, they hadn’t had second thoughts about the gig, and the band were only a few fashionable minutes late on stage. The intro tape of ‘Dirt In The Ground’ by Tom Waits commenced at 8:37pm. 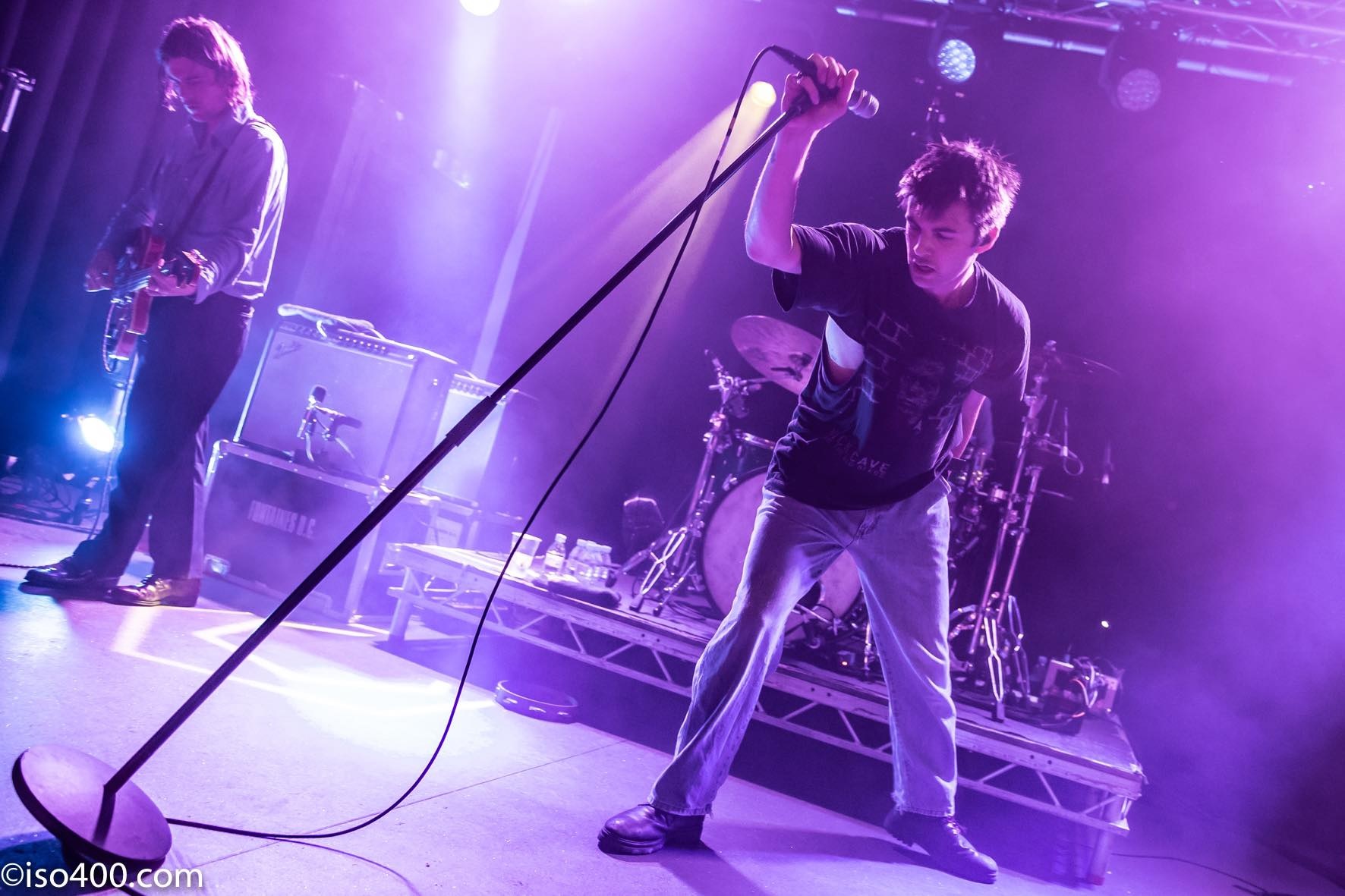 This gig in Brighton was meant to be the opening salvo in the promotional campaign for the band’s second album: ‘A Hero’s Death’ released in July last year. In the meantime, they have apparently written a third album. Tonight’s show though, is largely about their second album, from which seven of the eleven tracks on the album get an airing, which equated to half of tonight’s set. The other half being culled from their terrific 2019 debut album ‘Dogrel’. An album that includes no less than seven of it’s eleven tracks as singles. If ever there was a case to justify it as a ‘Greatest Hits’ package, then I for one would certainly not disagree.

I’ve seen Fontaines D.C. before and they’ve been very impressive. Tonight however they are out of the traps like greyhounds that haven’t been fed for a week. There is certainly a new fire and ferocity in their performance. They are becoming one of those joyfully schizophrenic bands who have a completely different character when they play live than they have on record. 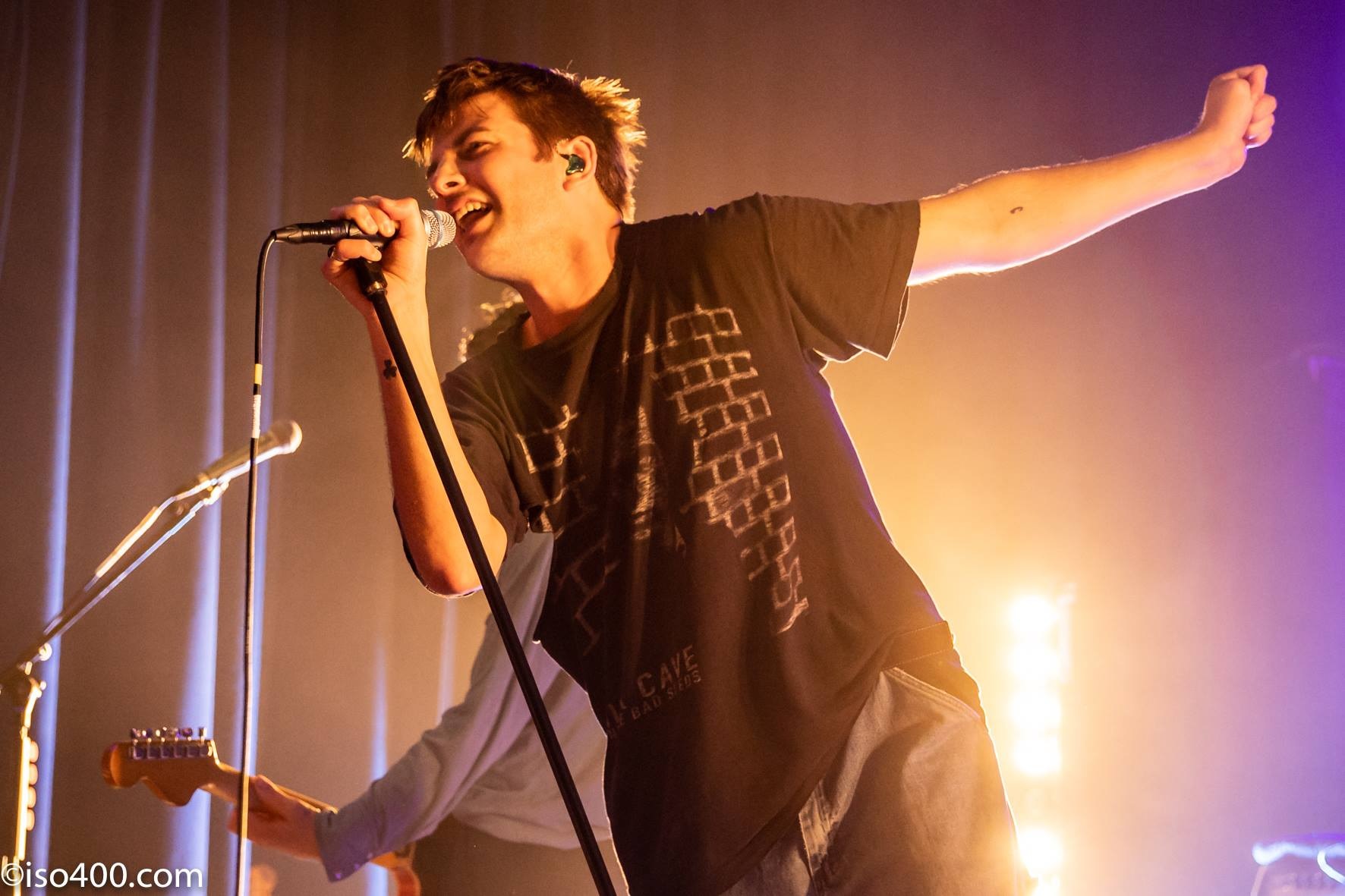 Grian Chatten remains a man of virtually no words between songs. He prowls the stage in restless agitation, like a caged tiger amongst dancing shafts of bright light emanating from the professional Maverick MK1 Spots on the gantry above the band, whilst the other circular spots also move around too to good effect.

Grian’s main contribution in those parts of the show was to ‘strum’ his mic stand and to repeatedly bring it crashing down on the stage. The only mic stand casualty tonight occurred between ‘I Don’t Belong’ and the terrific ‘Hurricane Laughter’; at the Rockaway Beach Festival in Bognor Regis last year Chatten wrecked three of the things. He forgets himself and says “cheers” after one song. 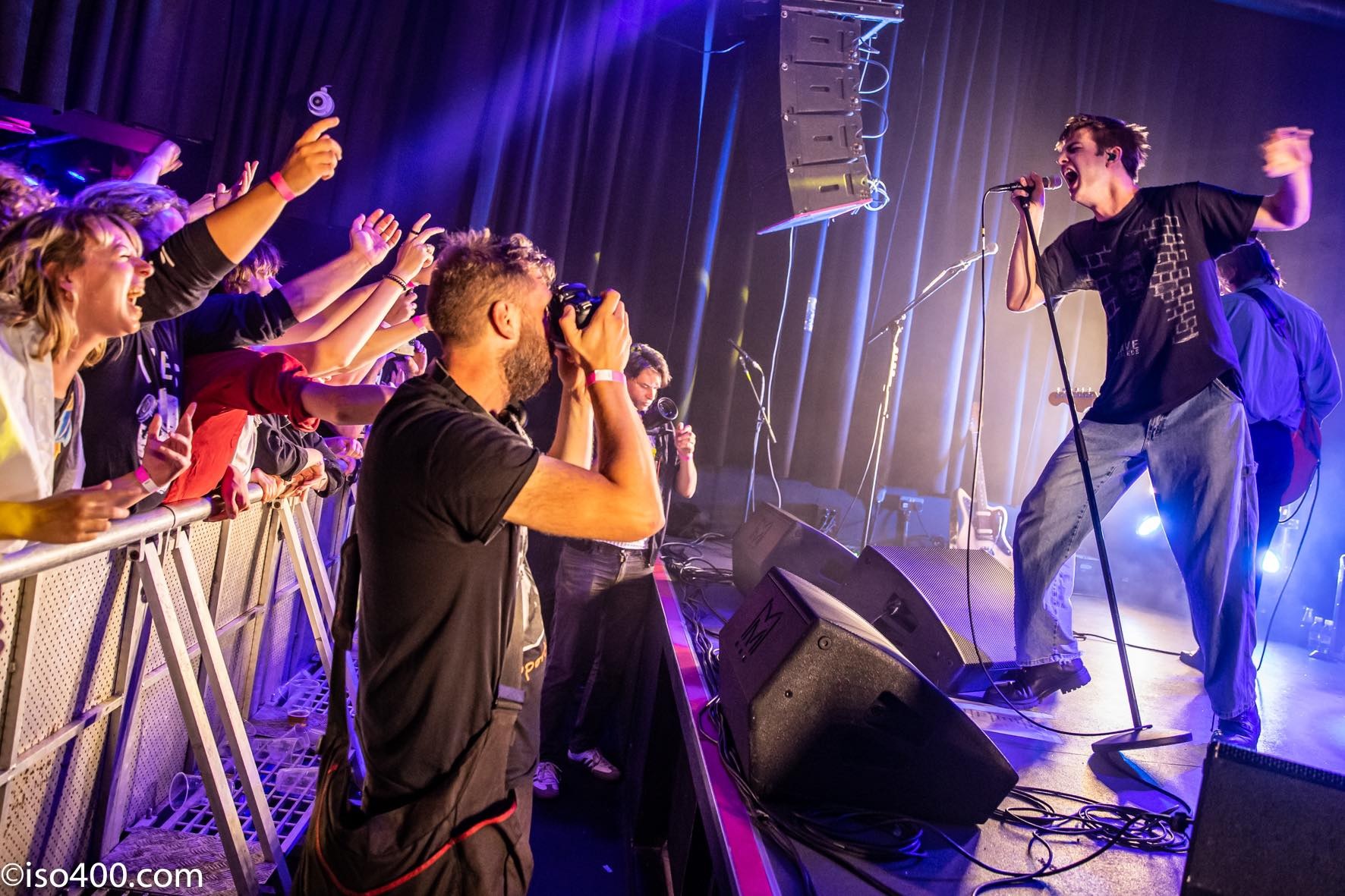 The key thing about Fontaines D.C. is that they are concise and succinct. Nothing is wasted. There is no fat in this band’s music. There are occasional guitar solos, but they are very, very short. More like solo-ettes. The band have clearly not been skimping on rehearsals recently. They have a great sense of dynamics, and even when they are being brutally loud (and sometimes almost neo-psychedelic) they still remain precise. 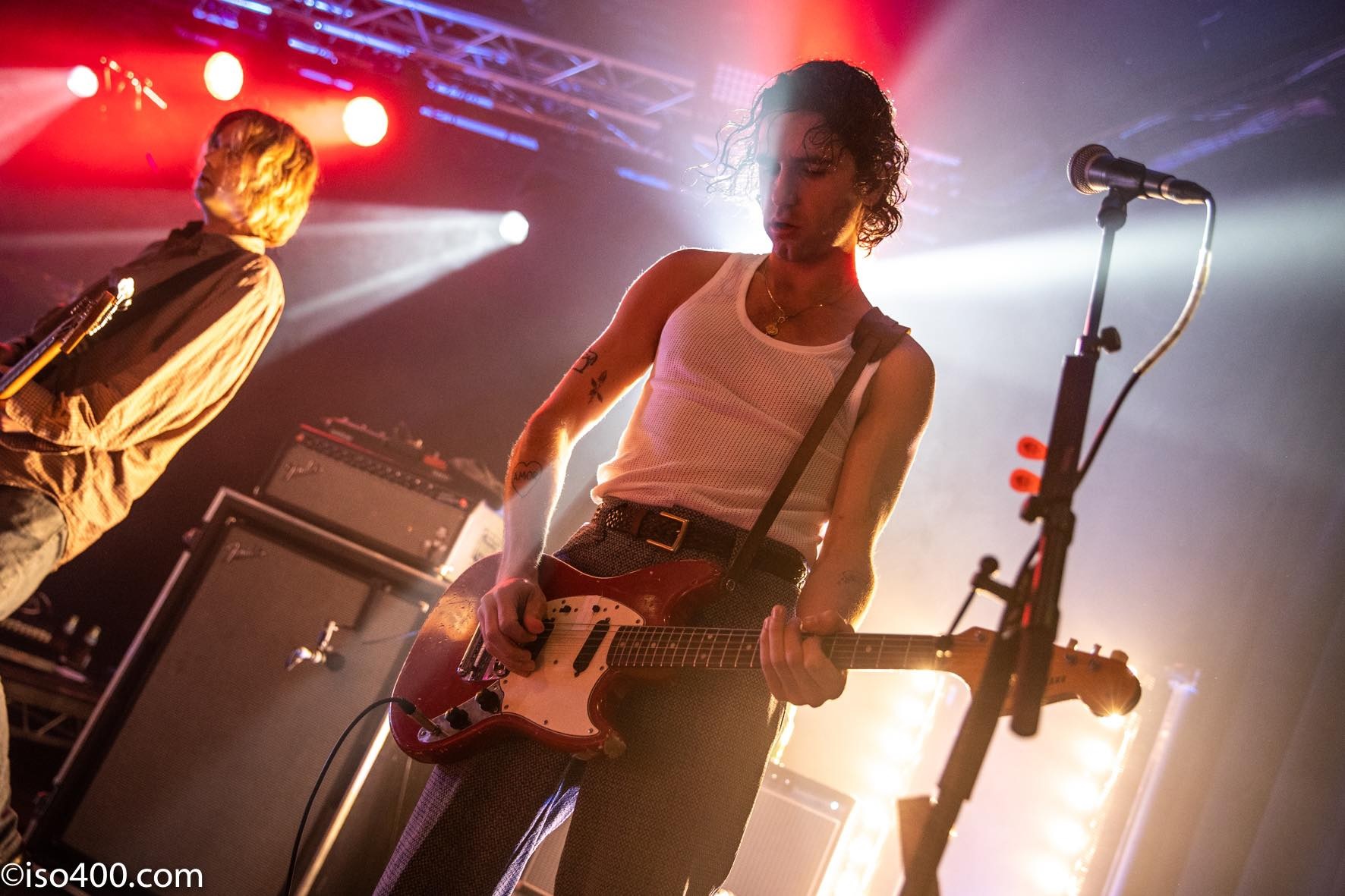 After ‘A Hero’s Death’ Chatten announces that they have two more songs, and that they don’t do encores. Fair enough, anybody who’s seen them before knows that, and it’s a hot night and the band look absolutely knackered. So when they deliver a one-two punch of’ Boys In The Better Land’ and ‘I Was Not Born’, we soak up the last notes of the last song at 9:33pm and start thinking about maybe heading to the pub. However, there is an insistent chant of “one more song”….for five minutes. Music is already being played over the PA as the unexpected happens: at 9:38pm the band troop back on and tear through ‘Liberty Belle’. This is a euphoric end to the evening, for both band and audience. At 9:41pm it’s all over!

There was a sizable knot of bouncing fans down at the front, and the crowd were packed in like sardines and were certainly out to have a whale of a time. Arguably they were most boisterous for ‘Hurricane Laughter’, the twangy rockin’ guitarred ‘Chequeless Reckless’, ‘Too Real’ (which started with a barrage of perfect noise!), ‘Boys In The Better Land’ and ‘Liberty Belle’. These five compositions were my choice cuts from the night. 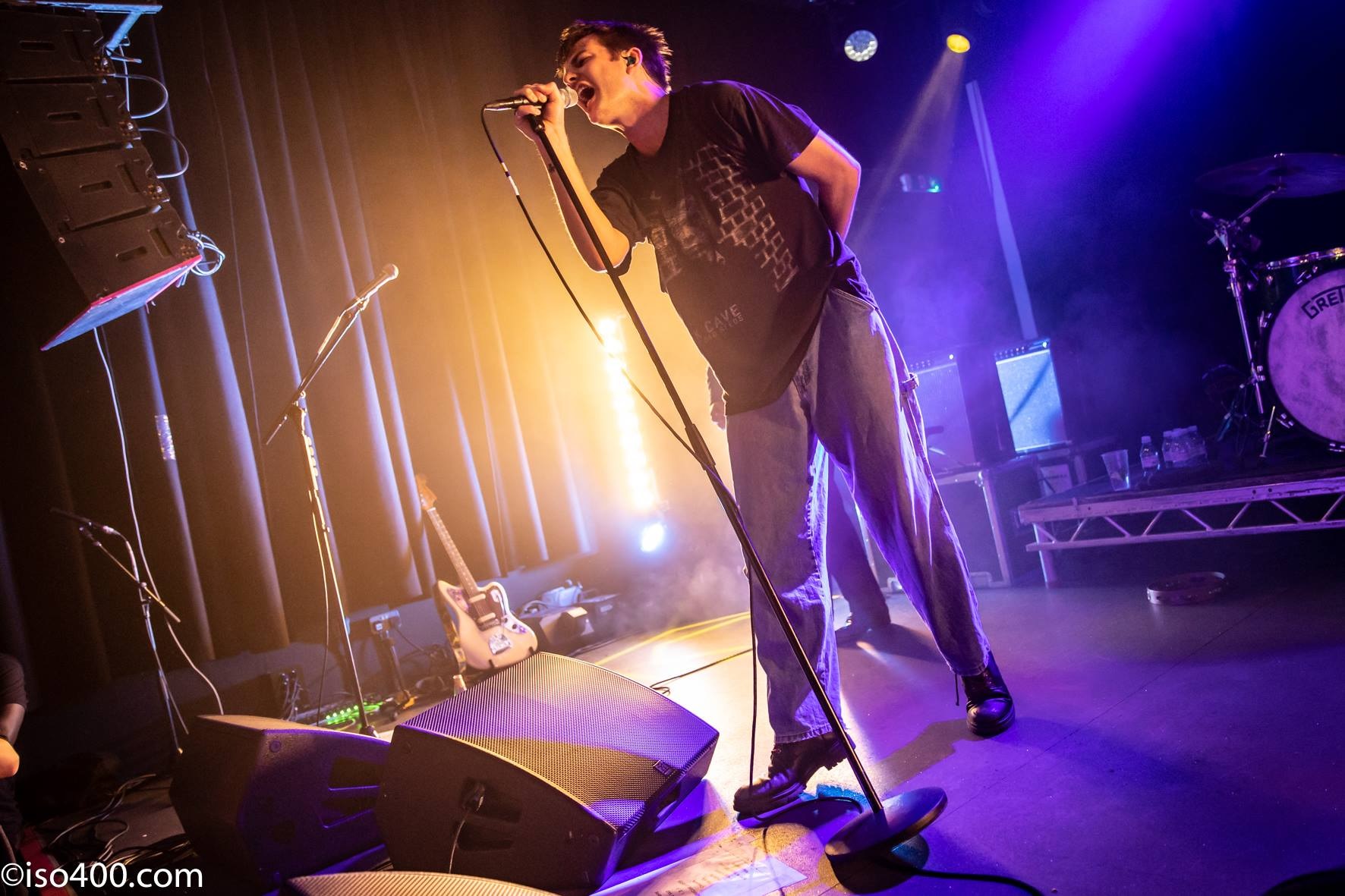 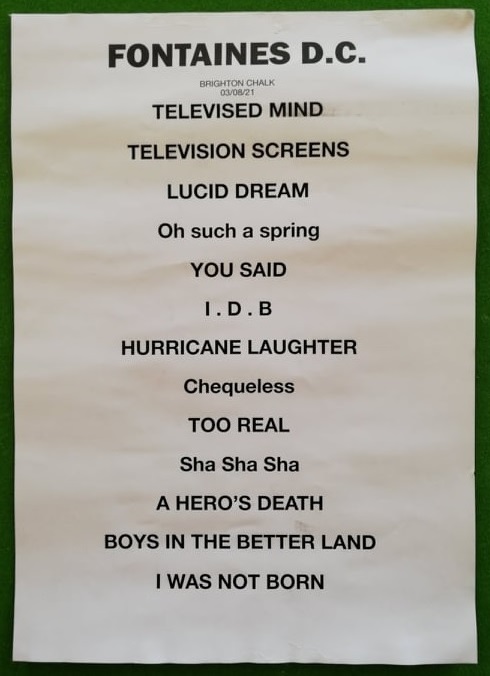 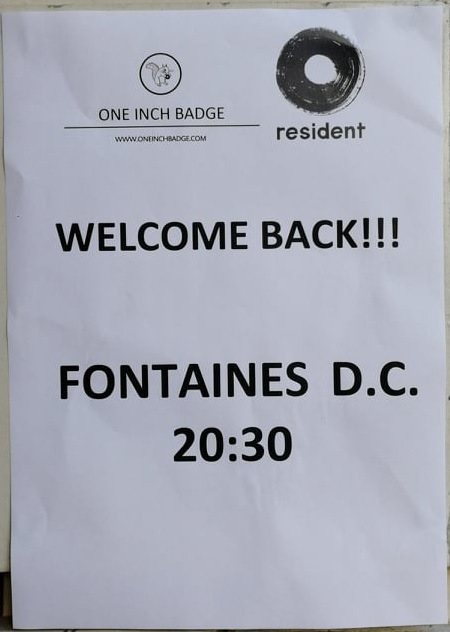