Tenants suffered an infestation of midges, flies and maggots after their rubbish started decaying, having gone uncollected for nearly three months.

Some people living in Pippin block, in Bowring Way, Brighton, said that they had to keep their windows shut in hot weather to try to keep out the flies and the smell.

They said that when they contacted Brighton and Hove City Council about the problem, they were told that it wasn’t urgent and they should close their windows.

The rubbish built up when the council stopped collecting from the Pippin block’s bin store, having switched to a new bin store in the neighbouring Cherry block.

Tenants and leaseholders said that they hadn’t been told about the change and endured 11 missed collections.

One of their councillors, Gill Williams – a Labour councillor for East Brighton ward – contacted Cityclean, the council’s rubbish and recycling service, to deal with the ceiling-high piles of bin bags.

They turned out and cleared the rubbish but, tenants said, this unleashed swarms of flies into family homes.

Claire Gouthwaite, who has lived in the block for 13 years, said that she had never seen anything like it.

She and a neighbour said that they had to throw away fruit and veg because flies crawled all over them, leaving them worried about their children falling ill.

Even after the rubbish was removed, last Wednesday (4 August), they were not aware that their rubbish was meant to be left in the new bin store by the flats next door.

It had temporary fencing around it and looked unfinished, they believed, and they had not received any information about it from the council.

Miss Gouthwaite said: “In all of our houses, there were hundreds and hundreds of flies. They were all up the windows.

“They carry infections. It’s an abomination. They were all over my food, all over my kitchen. I had to stay out of the house that night because I felt sick.”

When asked whether she knew about the new bin store, Miss Gouthwaite said that she was “not informed” that they were supposed to use it. 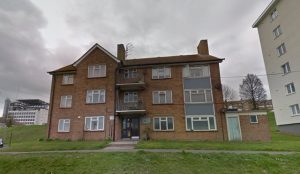 Her neighbour Lucy, who asked to be identified by her first name only, was frustrated when she asked for a deep clean of the bin store.

She was told that it was not a priority, adding: “I called them and they said, ‘It’s not an emergency. It’s not urgent. Shut your windows until then.’

“It’s summer and I am cooking in the kitchen and need to close my windows! How can I cook for my kids when there are all these flies inside my flat?

“Those flies sat in the bins for nine weeks then came into our flats. How disgusting is this?”

Councillor Williams wrote to the council’s executive director for of housing, neighbourhoods and communities, Rachel Sharpe, calling for urgent action to clear the infestation last week.

She said: “I contacted Cityclean on behalf of residents and ensured that this is treated as a top priority. The rubbish has now been collected.

“However, the issue of infestation of midges and flies and the maggots around the bin area has not been resolved yet. I have written to Rachel Sharpe requesting urgent intervention.”

Yesterday (Tuesday 10 August) residents said that some cleaning had taken place in the bin store but it was still infested with flies.

The council said: “We’d like to apologise to the residents of Pippin block for the problems with their refuse collections.

“We’re extremely sorry that this has caused a fly infestation affecting some of the flats. Our pest control team has visited the residents affected by the fly infestation and put appropriate measures in place to tackle it.

“We have now caught up with the missed collections at Bowring Way and will try to make sure weekly collections are maintained in future.

“Following investigation, it transpired that the bin stores that some residents were using, including the one at Pippin Flat, were no longer scheduled for collections.

“However, all the residents of the flats are now in the process of being contacted to ensure they are aware of the correct location to leave their refuse and recycling. 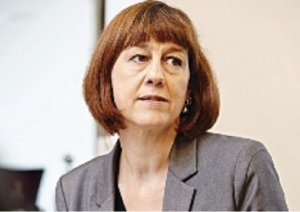 “We’ve taken steps to make the temporary fencing around the bin store more secure. These will remain in place until permanent security measures are completed.

“Unfortunately, we are having issues with staffing levels and a lack of parts to fix our vehicles due to the ongoing impacts of covid. This is causing problems on a number of our rounds.

“There has also been a delay in installing one of the large containers in the new bin storage area.

“We are working to get the extra container in place as quickly as possible.”