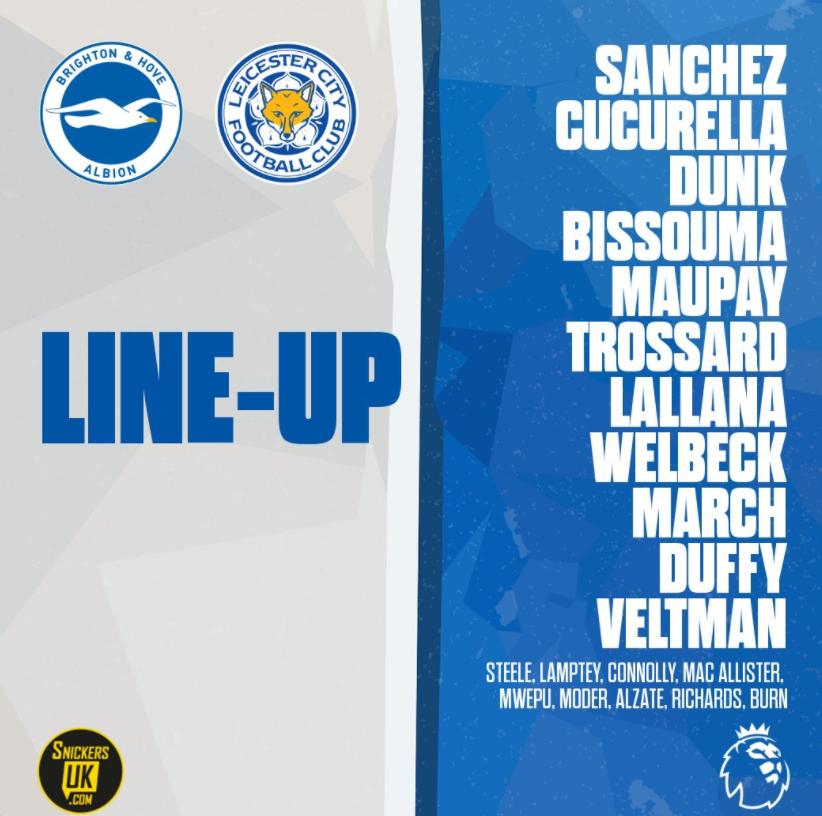 Albion take on the Foxes at the Amex this afternoon (Sunday 19 September).

Hopefully there will be a decent crowd behind the Seagulls despite the travel disruption faced by fans in Brighton and Hove.

Danny Welbeck is due to start and Tariq Lamptey returns to the bench.

A win could send the Seagulls soaring into second place in the Premier League.

Brighton have poor form against Leicester since returning to the top flight.

But the bookies’ odds are tighter for this fixture than suggested by the recent historic form between the two sides.

And Brighton start the match in sixth – three points and three places clear of the ninth-place visitors who have six points from their first four games.