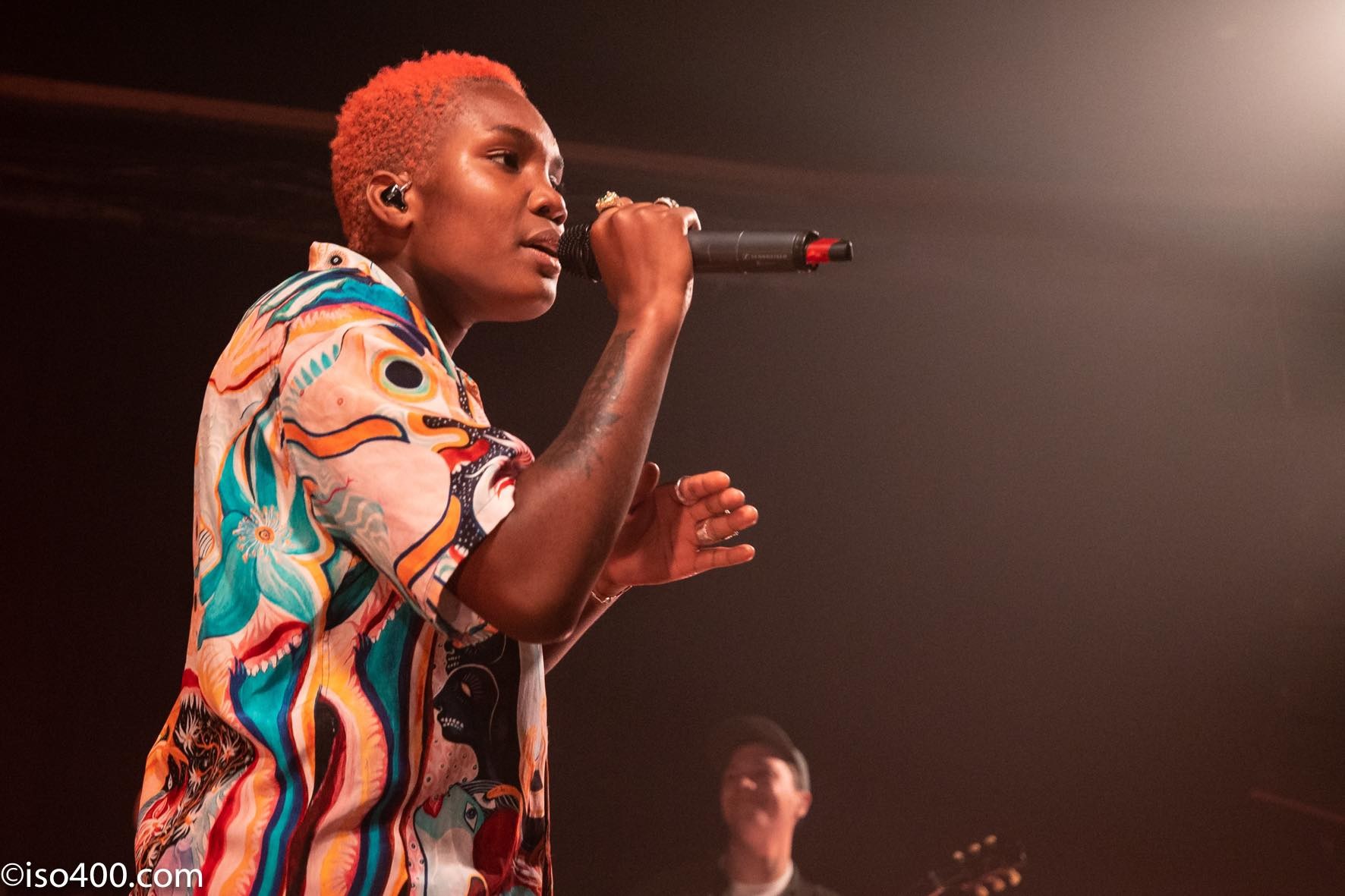 Almost exactly two years after supporting Jordan Rakei at Concorde 2, the 2021 Hyundai Mercury Prize winner Arlo Parks returns to Brighton on her sold-out ‘Collapsed In Sunbeams’ UK tour. Having been rescheduled a couple times due to Covid, the gig at CHALK was much anticipated.

It was an evening expected to be highly intimate and personal, as reflected in how Arlo engages with her fans on social media – each tour date is accompanied by a personal message on what the performance was like and what they loved most about the interaction with the audience. 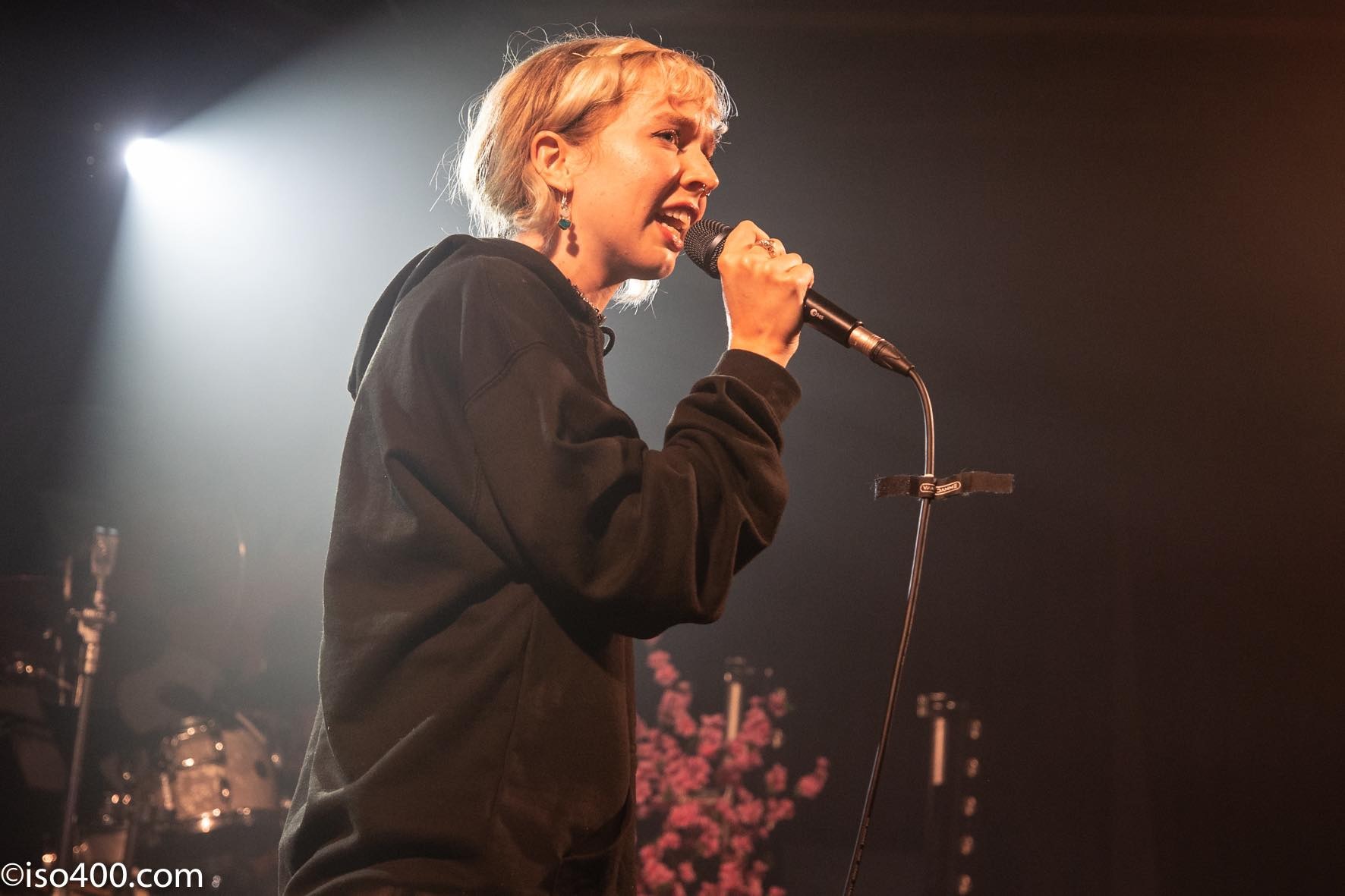 Supporting act Frances Baker hailing from Boston, Massachusetts set the tone for the evening with her intimate yet powerful performance. Blending indie-pop with neo-soul, Baker took to the stage alone this time where normally she would be accompanied by a full band – travel restrictions from the US meant her performance was stripped down to its core – her mesmerising voice. Her self-titled debut EP can be found online and recently she released her first single ‘Bringing Me Down’. Throughout the performance she did not merely grace the audience with her stellar voice but also expressed her gratitude towards Arlo’s team for having her on tour, reflecting on the experience. 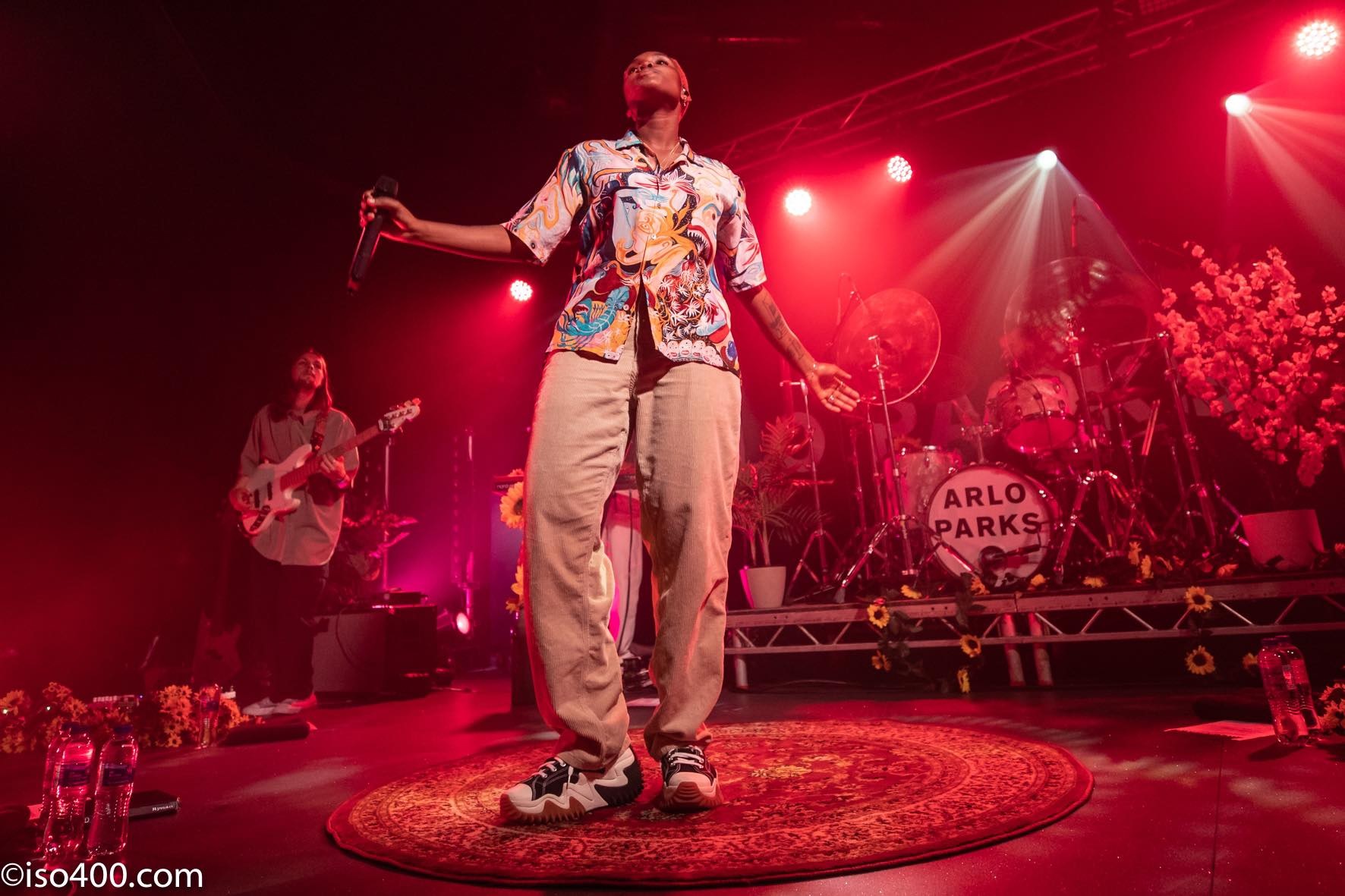 Just before half eight, the audience grew noisier in anticipation for the main act. The last time I saw Arlo Parks was in 2019 with a much smaller audience. I remember being mesmerised by her stage presence and her voice and instantly wanting to see and know more. Fast-forward two years and she’s headlining her own tour in the UK. Brighton being the last show before she heads off to the United States.

The energy in the room exploded unprecedentedly when she came on stage. The band played a vibrant introduction before Arlo appeared and kicked off with ‘Hurt’, the second track of her 2021 album ‘Collapsed In Sunbeams’. Towards the middle of the set, a fan gifted her a Caroline name bracelet that she immediately put on just in time for ‘Caroline’. 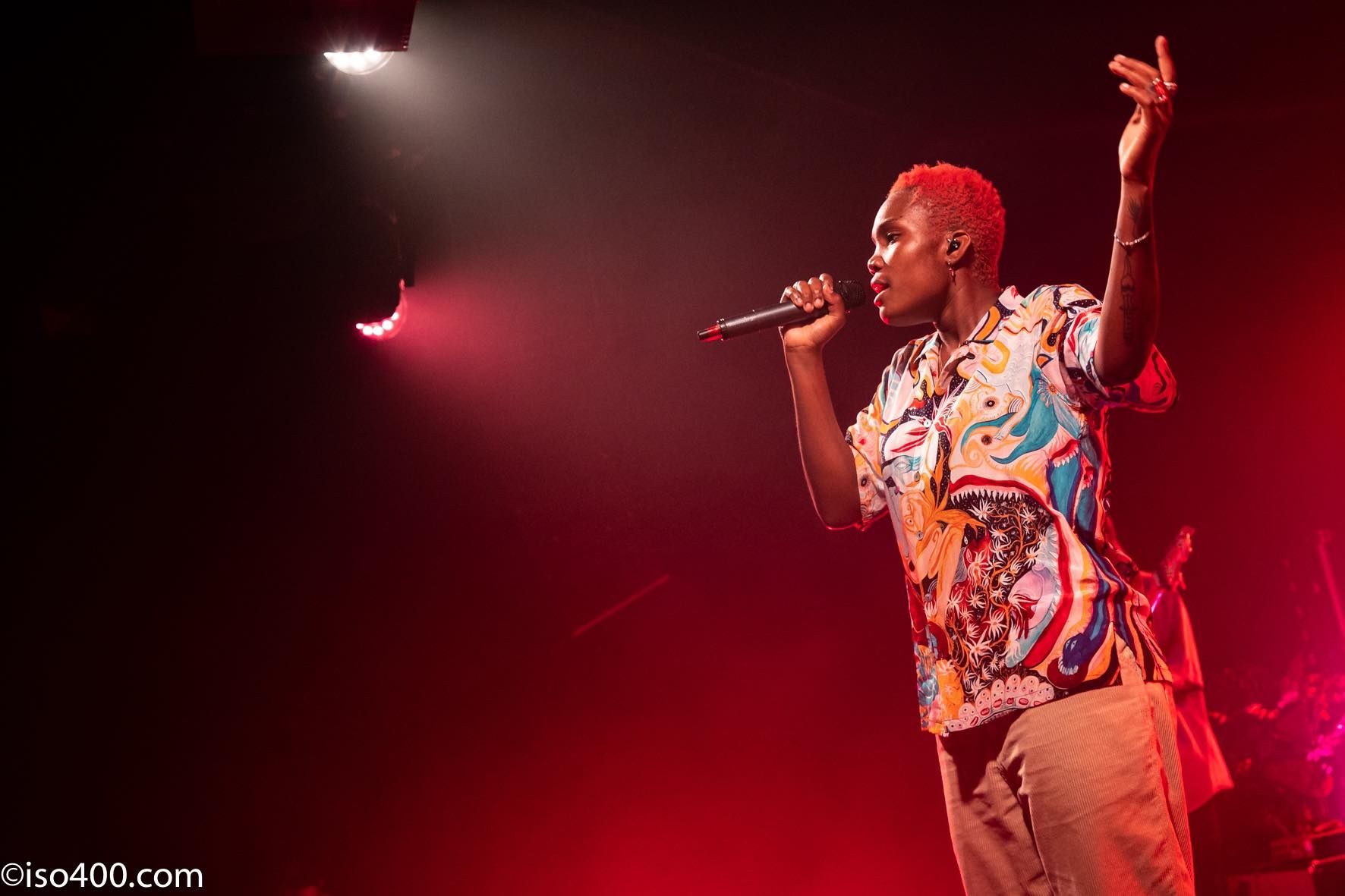 Halfway through the set, Arlo performed a poem, the first track off her album. The room fell into silence, interrupted only by the flow of her powerfully and intricately delivered words. The show was a seamless coming together of her new and older material, the smoothness of her voice and the melodic guitar and basslines from the band crafting the performance into something that breathed unity with diversity. From ‘Green Eyes’ to ‘Cola’ to ‘Eugene’ through ‘Super Sad Generation’, Arlo and her band delivered an amazingly versatile performance. 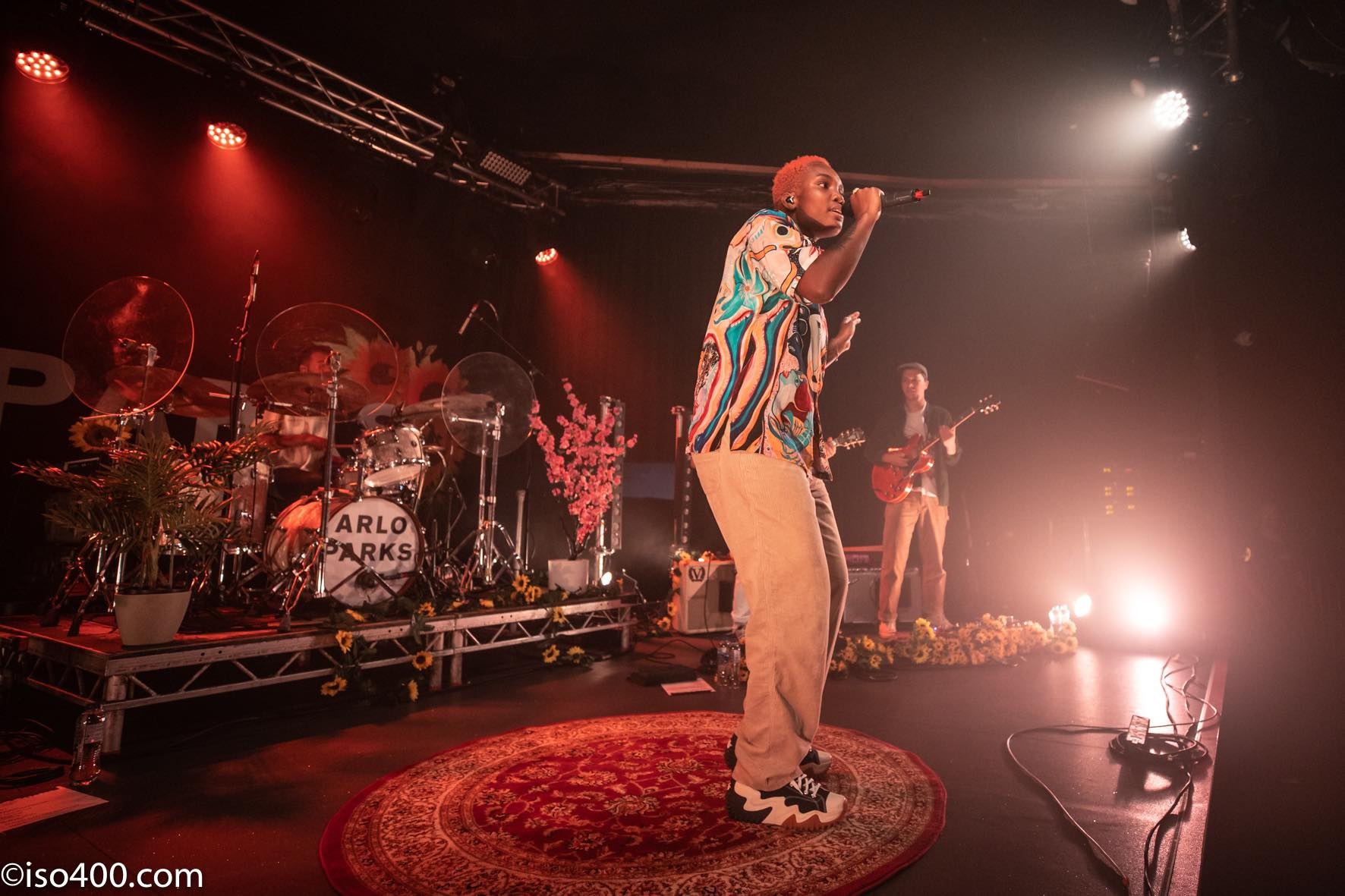 The emotion conveyed through her vocals reached a peak when she performed ‘Black Dog’, a song about and in support of people that deal with depression. Before the song Arlo spoke about what the song meant to her and her loved ones and the energy in the room shifted. It was something that was felt deeply by the audience and felt like a release of emotions and energy.

After performing one of her earlier singles ‘Super Sad Generation’, Arlo finished strong with the encore ‘Hope’ from ‘Collapsed In Sunbeams’, leaving her fans with words of gratitude for their attendance and the energy they all brought into the room. 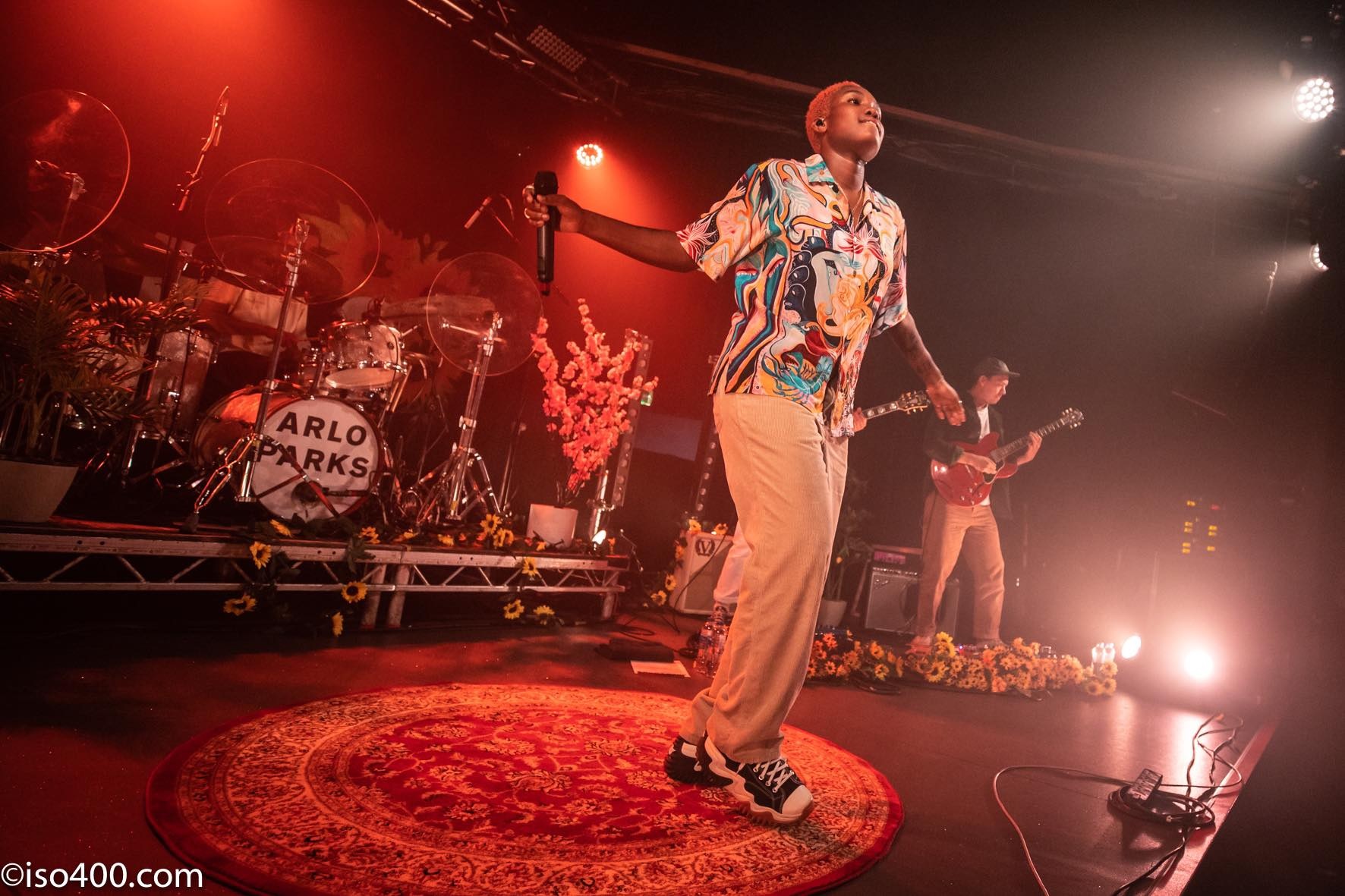 Arlo was thrilled with the show and afterwards posted:

“Brighton – you made me feel so welcome. Got a little Caroline bracelet out of the show, it was wonderful. What a special way to end the tour. It’s been such a ride so thank you to everyone in each city – for making me feel so special and loved”. 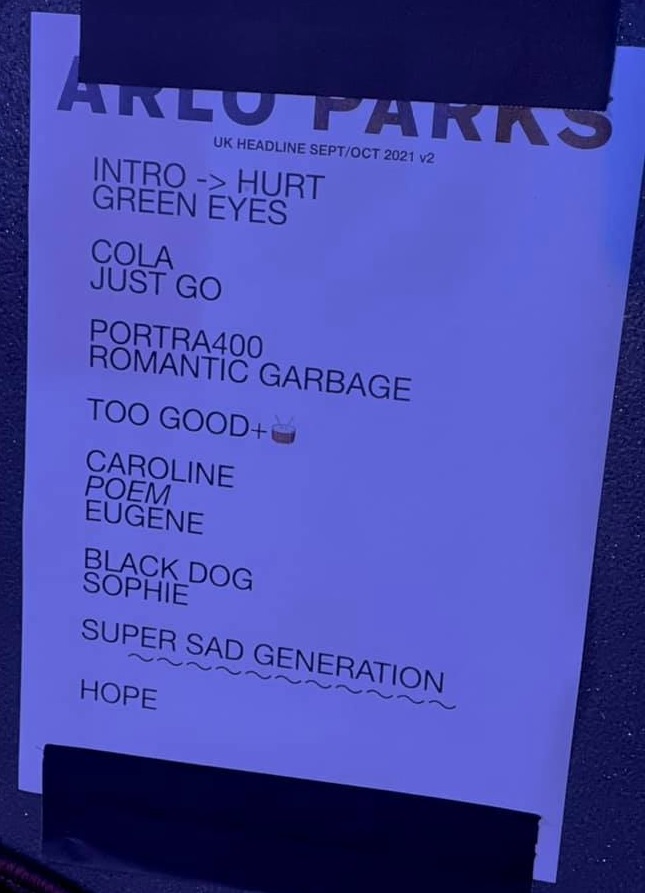