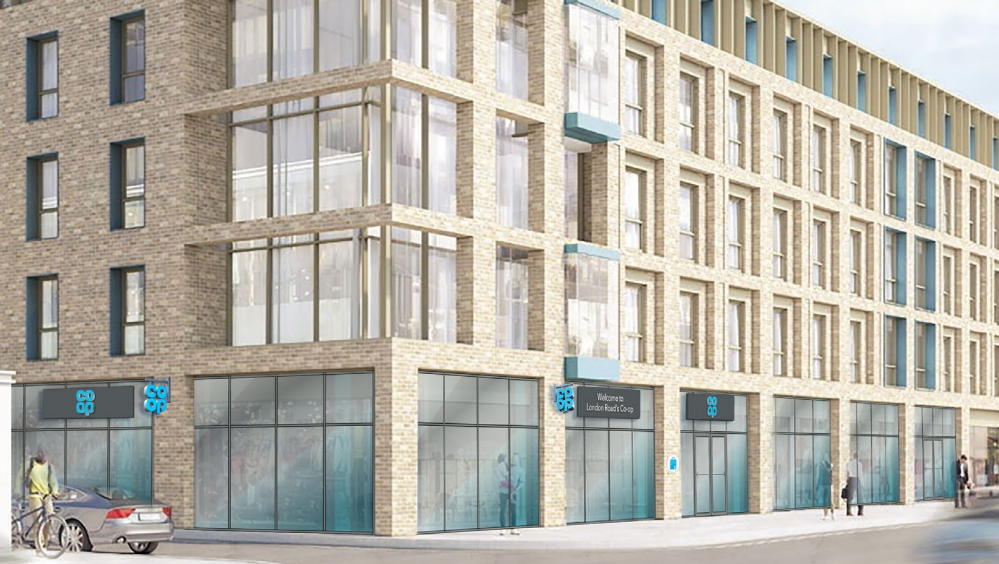 What the new Co Op signs will look like

More plans to rebuild shops on London Road have been submitted as the latest big development nears completion.

Developers JR Properties have applied for permission to knock down the two storey building previously occupied by Poundstretcher and put a four storey one in its place.

Meanwhile, the Co Op is preparing to move into the building which replaced its former home on the corner of London Road and Oxford Road – but it will be taking the smaller corner unit.

Curlew Capital says it is in conversations with potential tenants for the bigger unit which it hopes to let soon.

And the pavements surrounding it – most of which have been closed since spring last year – should be clear by the middle of next month. 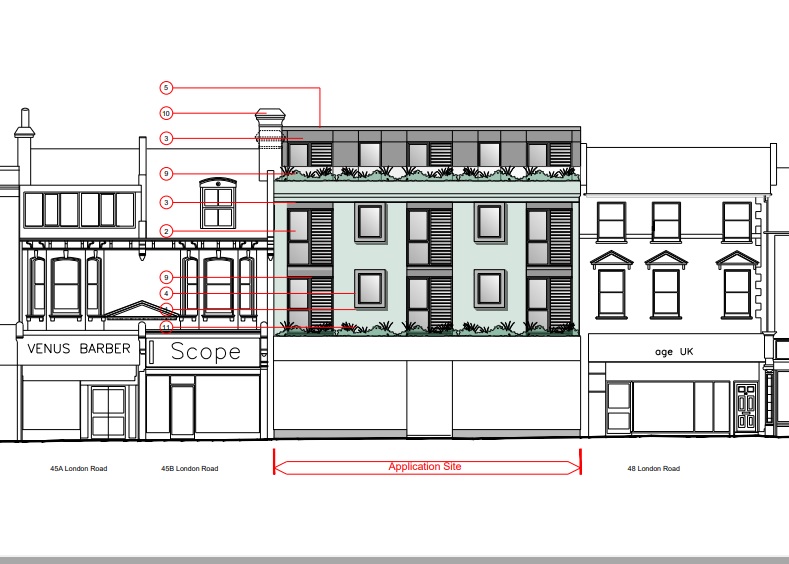 In May, the Institute of Contemporary Theatre (ICT) applied for permission to convert the Poundstretcher building into a dance studio.

This latest application, by a different developer, makes no mention of a dance studio, although part of the building would have a flexible use, which could include retail, restaurant or educational uses.

Both the ICT and JR Properties’ planning consultants Dowsett Mayhew were approached for comment.