Hove hospice chief to step down

The chief executive of the Martlets hospice in Hove has announced that she plans to step down next spring. 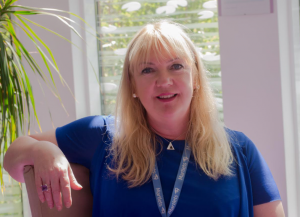 Imelda Glackin, 55, has worked at the hospice for 19 years and became chief executive seven years ago.

She said: “It will be difficult to leave but, having positioned Martlets as an organisation providing the very best care and support to those with a life-limiting condition, this is very much the right time for someone else to now lead Martlets to the next exciting chapter.”

She will continue to serve as chief executive until mid-March – and the charity said today (Tuesday 5 October): “It is very much ‘business as usual’ until then.

“Imelda has successfully overseen the organisation through considerable change, most recently to operate throughout the covid-19 pandemic.”

Juliet Smith, chair of trustees, said: ‘Imelda has been a force of nature as an inspiring leader and ambassador, admired and respected, not only in the local community of Brighton and Hove, but also throughout the hospice movement nationally.

“We have been privileged to have her as our CEO.”

Recruitment for a new chief executive is expected to start shortly.