A Brighton and Hove City Council worker faces a trial by jury on charges of grooming a 12-year-old girl. 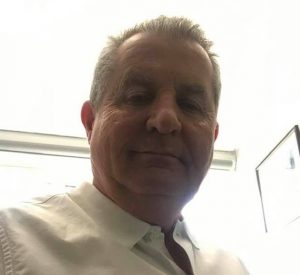 Frape, of Lynton Court, in Honeycrag Close, Polegate, was arrested three days earlier – on Friday 8 October – at the Crumbles, in Pevensey Bay Road, on Eastbourne seafront.

He was charged with three offences including arranging or facilitating the commission of a child sex offence by causing or inciting a child to engage in sexual activity.

The offence was alleged to have been committed between Wednesday 22 September and Saturday 9 October.

He was also charged with trying to meet a 12-year-old girl at the Crumbles last Friday after grooming her, with the intention of causing or inciting her to engage in sexual activity.

And he was charged with trying to cause or incite a 12-year-old girl to engage in sexual activity at the Crumbles on Wednesday 22 September.

Frape, who went to Falmer High School in the 1970s, denied the charge.

He was remanded in custody to appear before a crown court judge in the coming month on a date yet to be fixed.