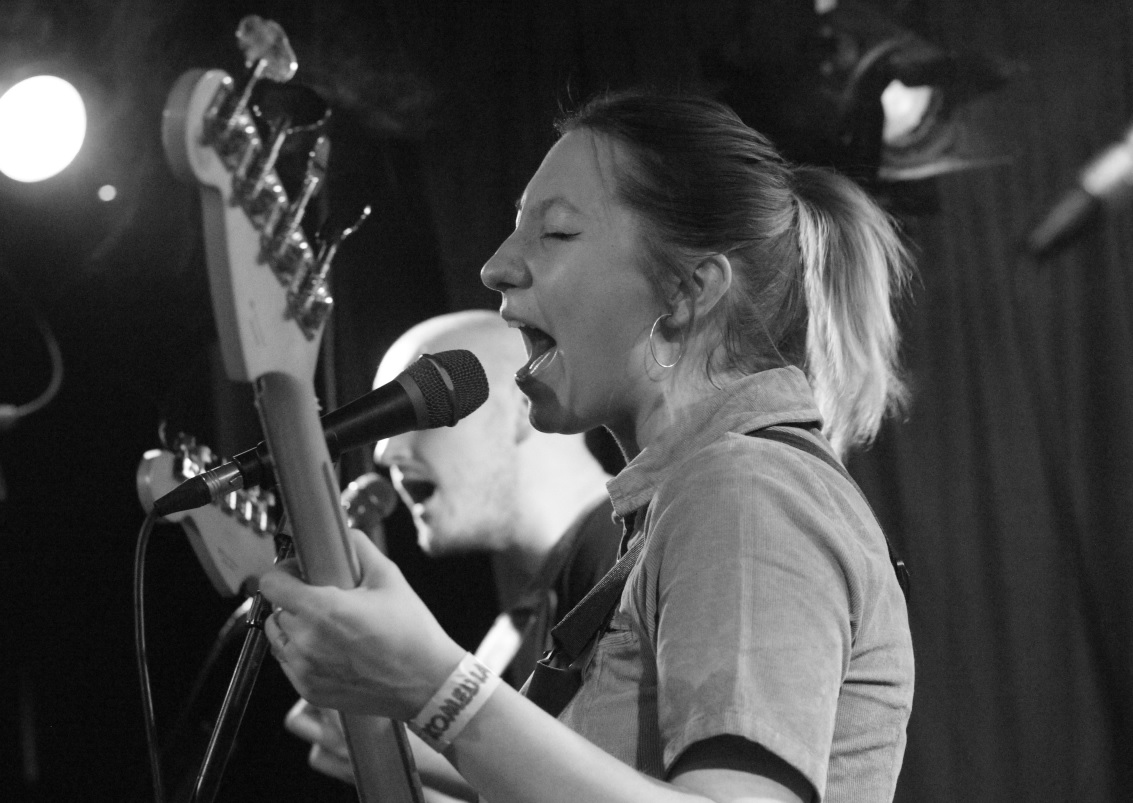 I have very much been looking forward to catching Coach Party playing live tonight in the neat little Komedia Studio Bar as I have been merrily listening to the tracks on both of their 10” EP’s, 2020’s ‘Party Food’ and 2021’s ‘After Party’, which contain a combined dozen belters. 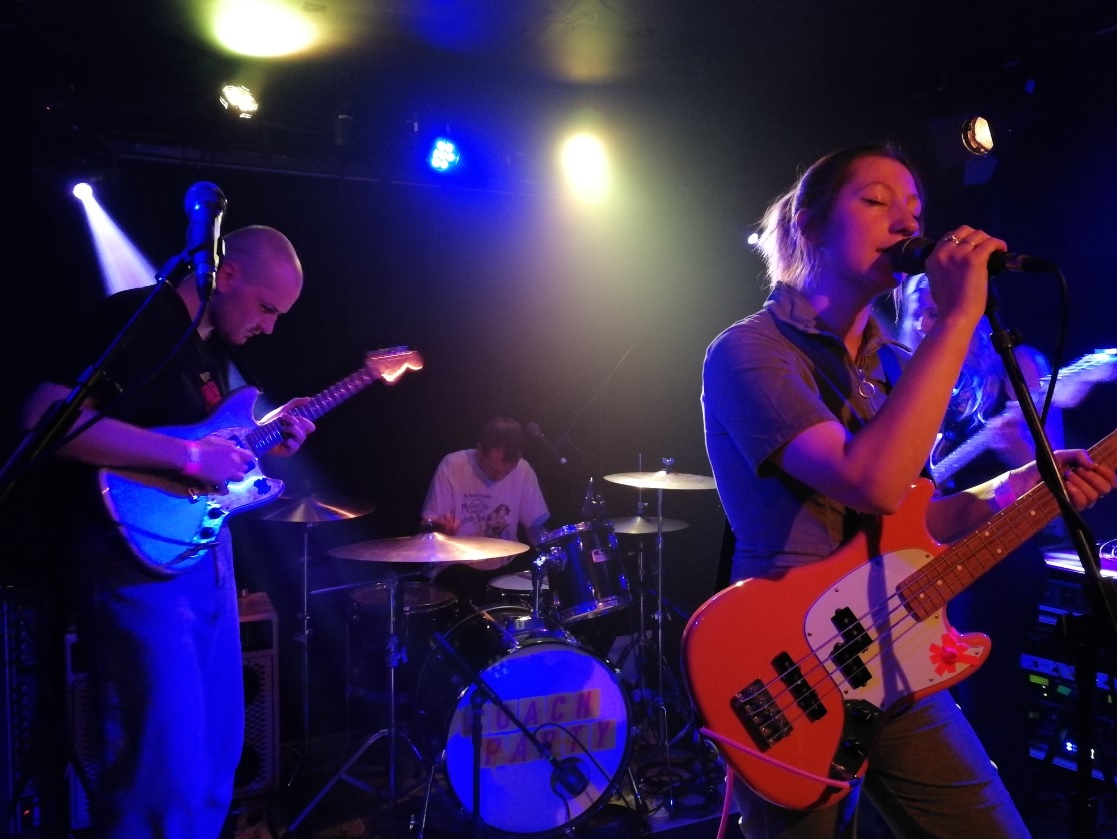 As a extra bonus, I was rather hoping that Edinburgh quartet Swim School may still be down as touring with them, as I have also been enjoying their recent ‘Making Sense Of It All’ 5 track EP, especially the epic ‘Everything You Wanted’, but sadly this was not the case. 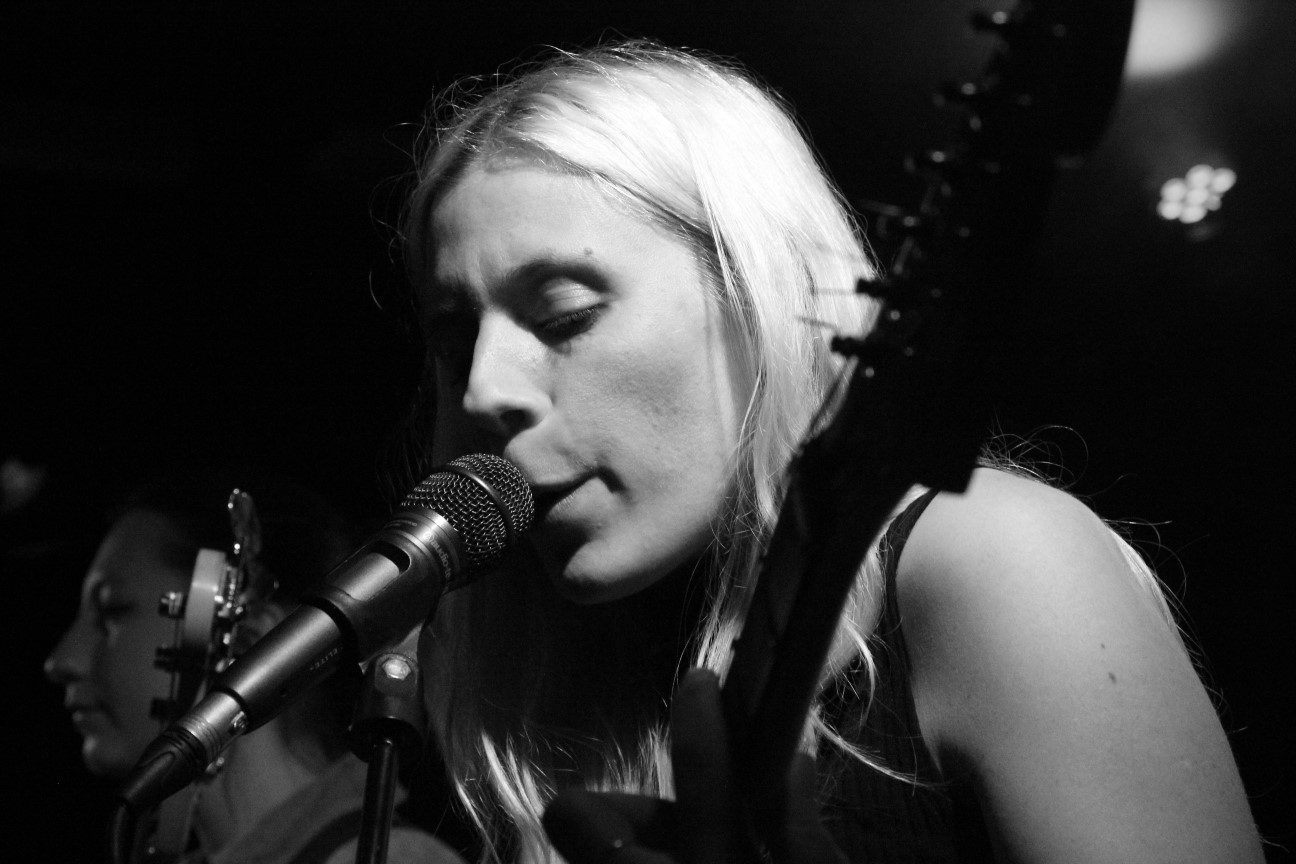 By 7:10pm I had arrived at the venue located at 44 Gardner Street, Brighton, BN1 1UN – that’s Komedia Brighton to us, having found parking nearby. I met up with our photographer Guy Christie and headed on into the venue. We were only the second group of people to arrive. Beers purchased, more gig buddies met, banter exchanged, support act witnessed and then it was time for Jess Eastwood (vocals/bass), Steph Norris (guitar), Joe Perry (guitar) and Guy Page (drums) to grace the stage bang on 9pm. 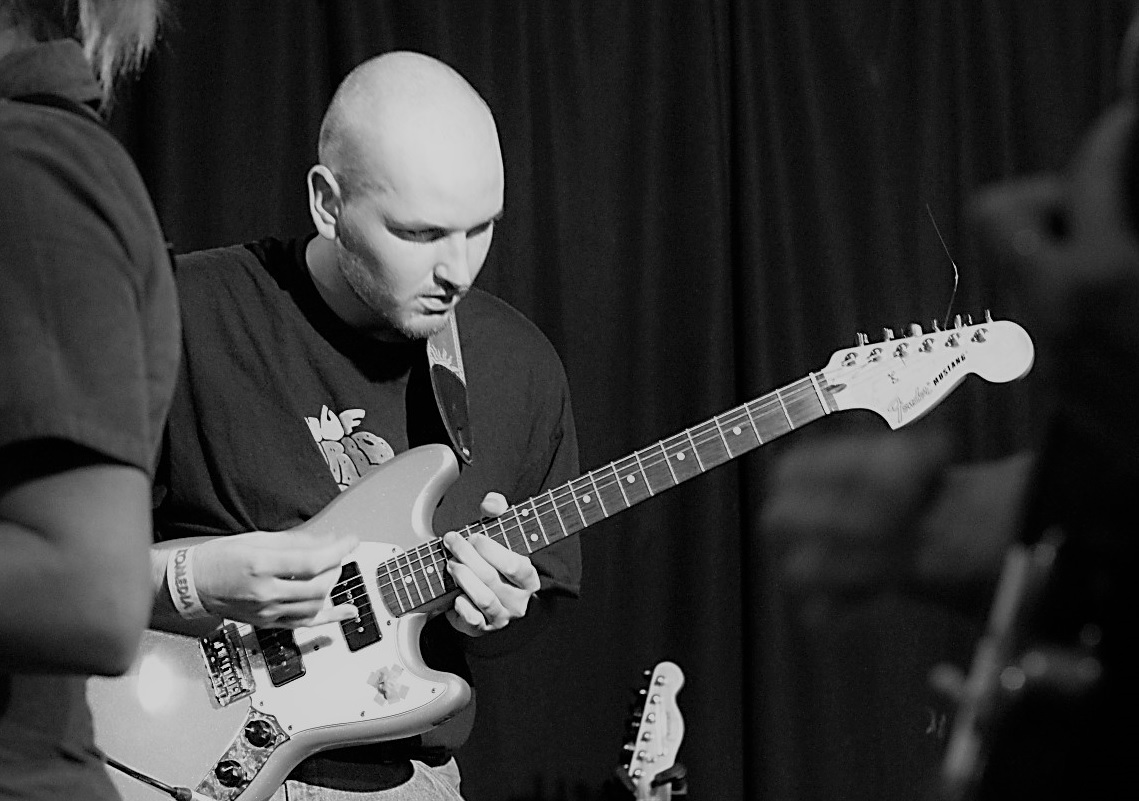 Hotly-tipped Coach Party describe themselves as “Beige indie band with cracking personalities”. They made their debut live appearance on 11th September 2019 at Strings (Newport), where they hail from on the Isle of Wight. They record their music in their own studio on the island. The band released their debut single ‘Lola’ in 2019. This sub two minute track certainly turned heads all round the music industry. Their six tune limited edition 10” blue vinyl ‘Party Food’ EP was released on Chess Club records on 10th June 2020. On 28th May this year they dropped their 10″ yellow and black splatter vinyl ‘After Party’ EP, which runs at just under 20 minutes in length. A month earlier Coach Party were invited to Maida Vale Studios as guests of BBC Radio 1 Jack Saunders ‘Future Artists’ show and performed three tracks from ‘After Party’, and then a mash up from their favourite artists. 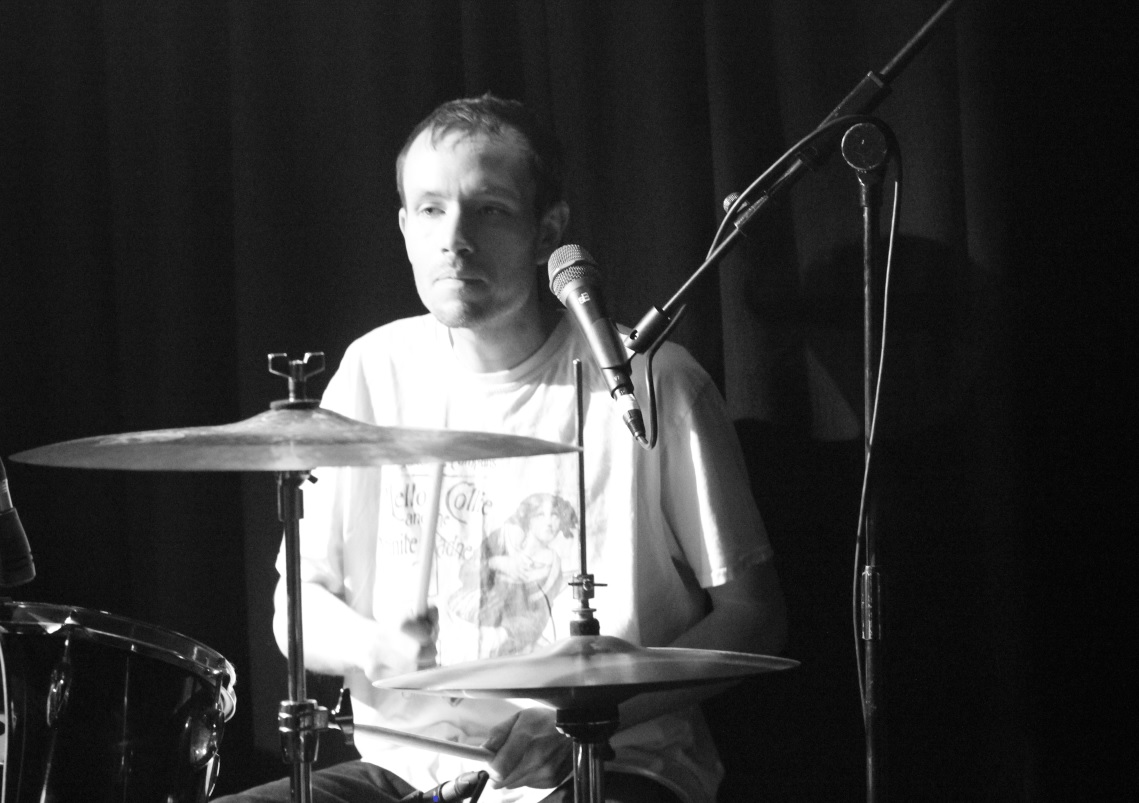 The band have just released their ‘FLAG (Feel Like A Girl)’ single and have come fresh from supporting SEA GIRLS on tour. They had to reschedule their own headline tour dates due to the prestigious support slot, and thus tonight in Brighton is their opening night of a 17 date UK tour.

We parked ourselves at the very front of the Komedia Studio Bar and thus had a birds eye view of the two girl two boy outfit in action. Jess was on lead vocals and her three chums were all on backing vocals. Jess was the spokeswoman for the band and came across as a natural person with no heirs and graces.

From the word go, the venue was now totally packed, but everyone adhered to a respectful distance. There was no moshing this evening. The band’s opening number ‘Oh Lola’ set the tone for their totally enjoyable 53 minute set. 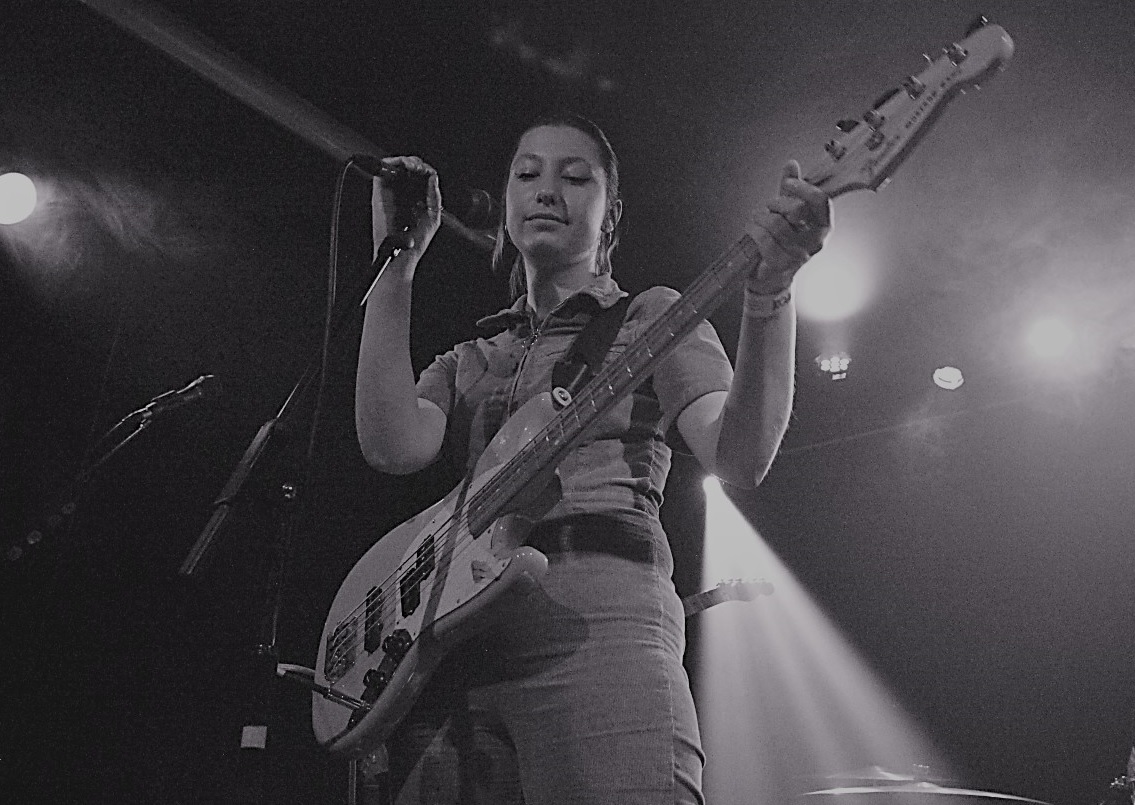 One of my top Coach Party tunes was up next, the earworm that is ‘Everybody Hates Me’. This went down a storm, and a member of the audience said to the band “You guys are hot!” to which Jess replied “Appreciate that!”. Clearly the opening night was going very well for the quartet and they launched into ‘Puke’ from their 2020 ‘Party Food’ EP.

‘Space’ from the same EP followed, with its jangly guitars. It was pure Britpop and was awesome. ‘I’m Sad’ followed and sounded to me just like The Primitives meets The Darling Buds. In fact, come to think of it, virtually all of their set does. This is clearly why I love them! However, ‘Crying Makes Me Tired’ did vocally remind me of The Tuts. 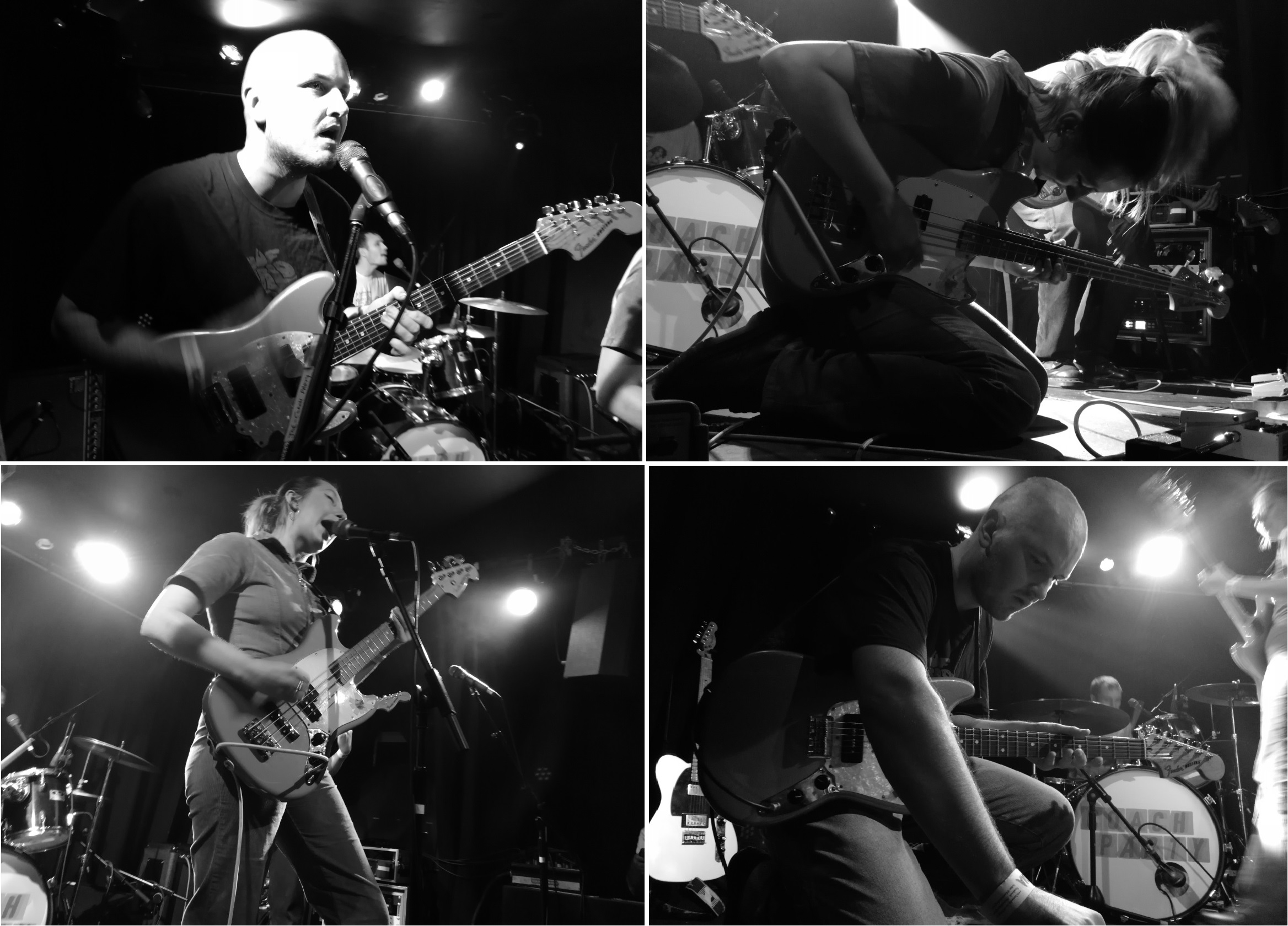 Next up was an as yet unreleased number, ‘3 Kisses’, and a word of warning from Jess. She informed us that her mum was in the audience and could verify this tale. When she was 14, she was on the internet and continually talking to this young American lad who she thought that she was in love with. It turned out that this ‘young guy’ wasn’t actually young at all, he was an older bloke pretending to be someone else. Beware kids! We didn’t learn what happened to the sinister yank, but one would hope that the relevant authorities exercised their powers to the max! 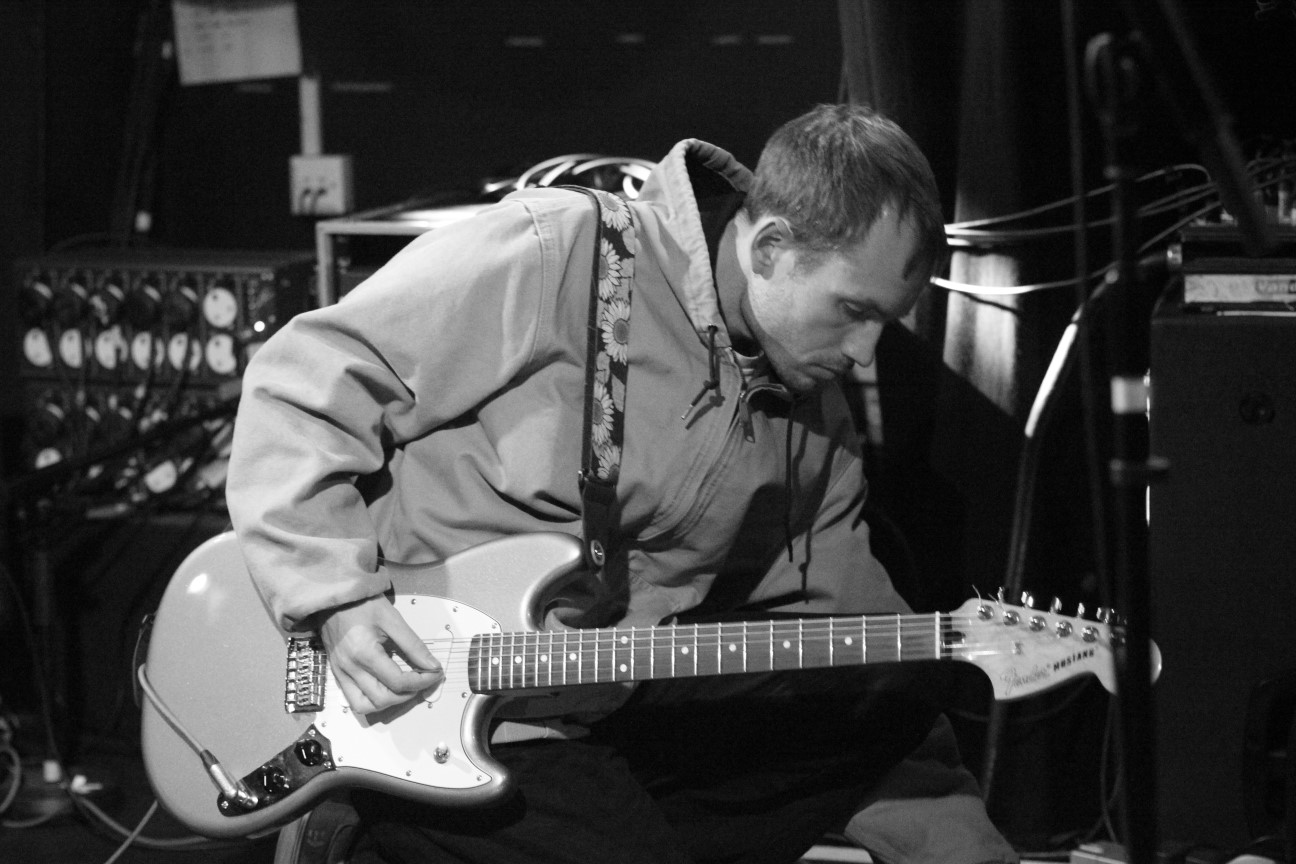 My favourite Coach Party tune was up next, namely ‘Bleach’. This is truly anthemic! Joe swapped his Fender guitar for the one tune, which was ‘Really Ok On My Own’. Jess and members of the crowd reckoned a sponsorship deal with Fender was in order as Steph (stage left/our right) also had a Fender guitar and Jess had a Fender bass.

With Joe back on his normal Fender, the band launched into ‘Red Jumper Boy’, which certainly rocked and sounded even better than on the vinyl – loved it!. Guy certainly showed us how decent his drumming can be when he led his bandmates through ‘Breakdown’. 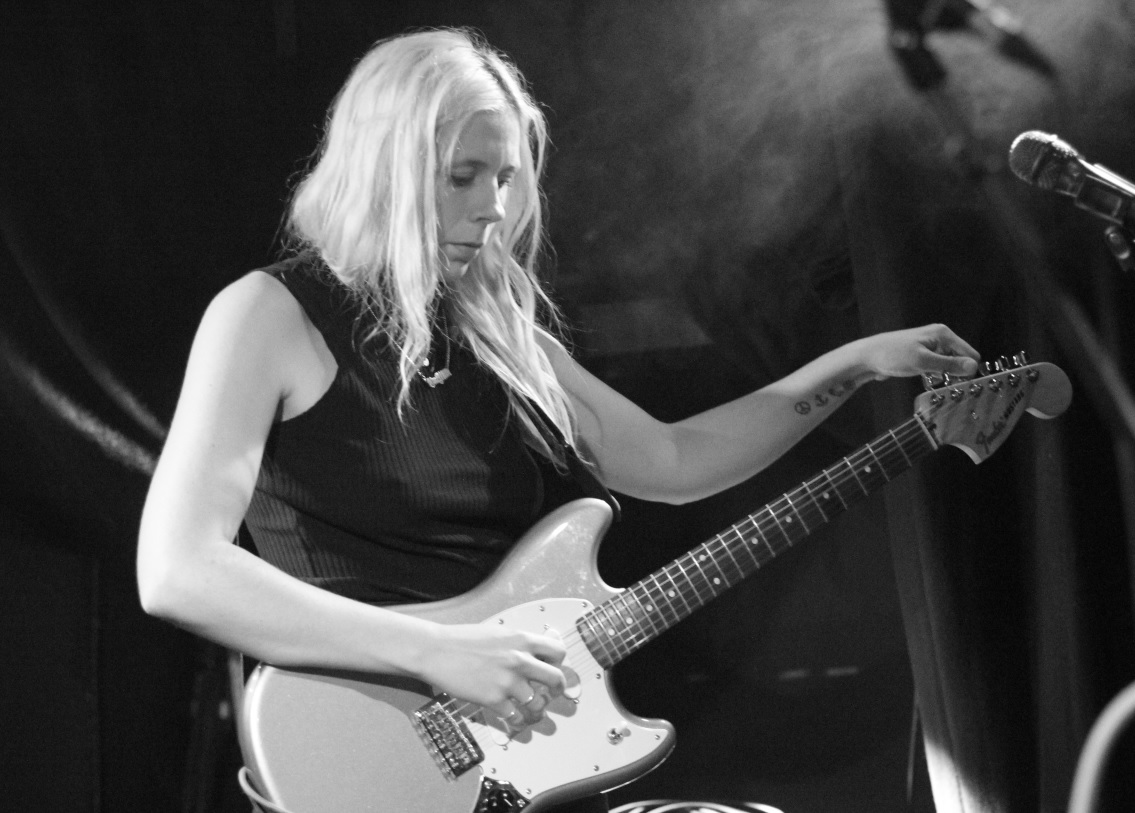 Jump-suited Jess informed us that the next tune they had done for Radio 1 and was a mashup. So this surely must be the tune they played back in April. The setlist read “Lizzo/Nirvana” and by my reckoning this equates to Lizzo’s ‘Truth Hurts’ from her 2019 ‘Cuz I Love You’ album and Nirvana’s ‘In Bloom’ from the 1991 classic ‘Nevermind’ album. This live mashup started with Jess only on vocals and then it seriously kicked in and when she launched into the Nirvana vocal section mid song, the hairs on my arms dutifully stood erect and stayed so until the tune had ceased. My body was therefore informing me that this was the most awesome number of the night! 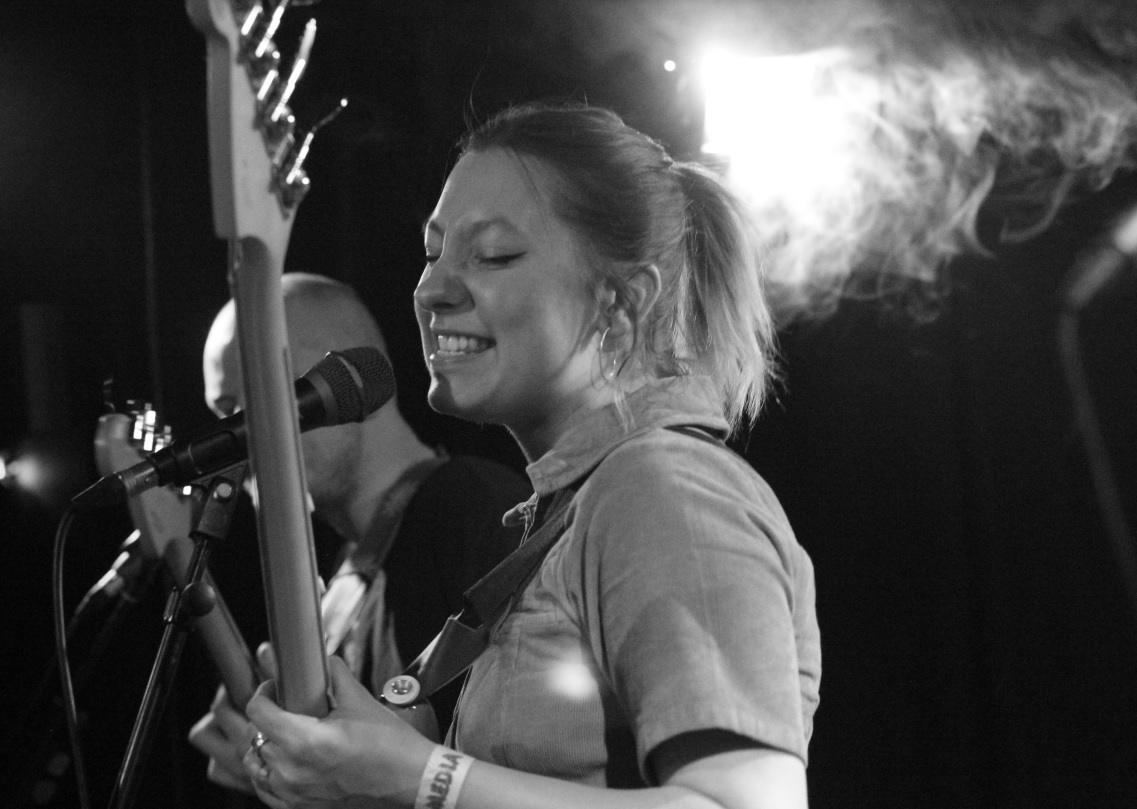 The latest single ‘FLAG (Feel Like A Girl)’ was performed with pure emotion and certainly got the audience bopping along nicely. The penultimate number, ‘Sweetheart’, started rather quietly before exploding, tuuuune!!! They finished with ‘Can’t Talk, Won’t’, the end of which Guy set upon his drum set in rock’n’roll fashion. There was no encore and at 9:53pm they were done.

I enjoyed myself so much that I was even contemplating travelling to see them play live again on Thursday at The Boileroom in Guildford, but then I suddenly remembered that I was seeing the awesome Thumper up at The Prince Albert. Oh well, I live in hope that Coach Party makes a swift return.

In conclusion – A band NOT to be missed! 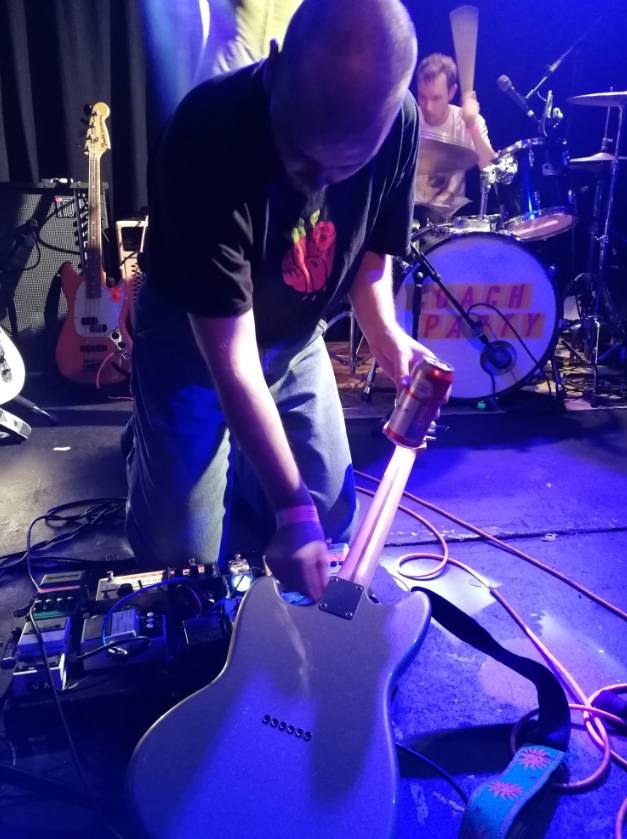 Check out the video’s from Coach Party on their YouTube channel HERE and visit their website www.coach-party.com 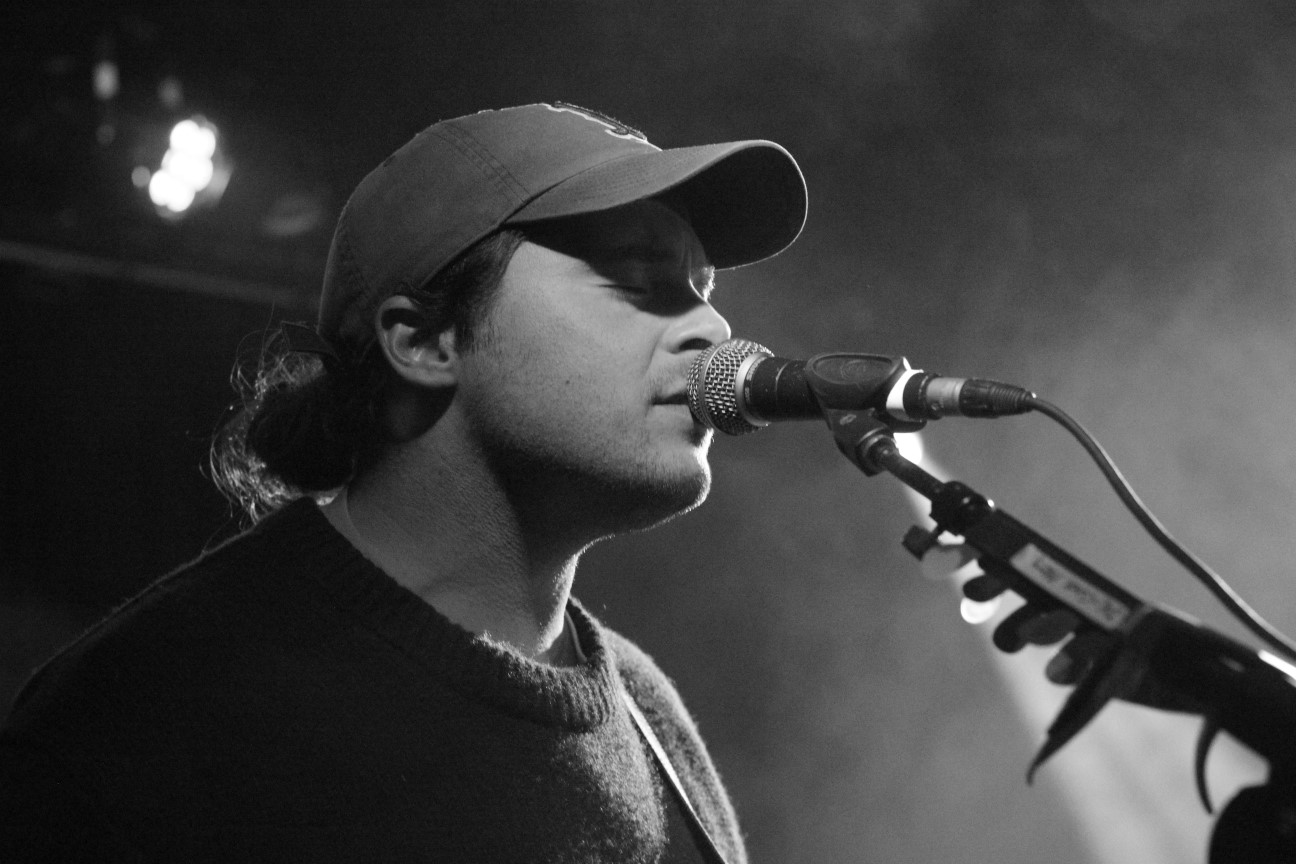 Support this evening came from Soft Sports who were playing their first show as Soft Sports for two years. The trio of guys had actually been gigging in Brighton last night under the Leo Clarke guise when they appeared as a quartet including keyboards at The Hope & Ruin in support of JW Francis. 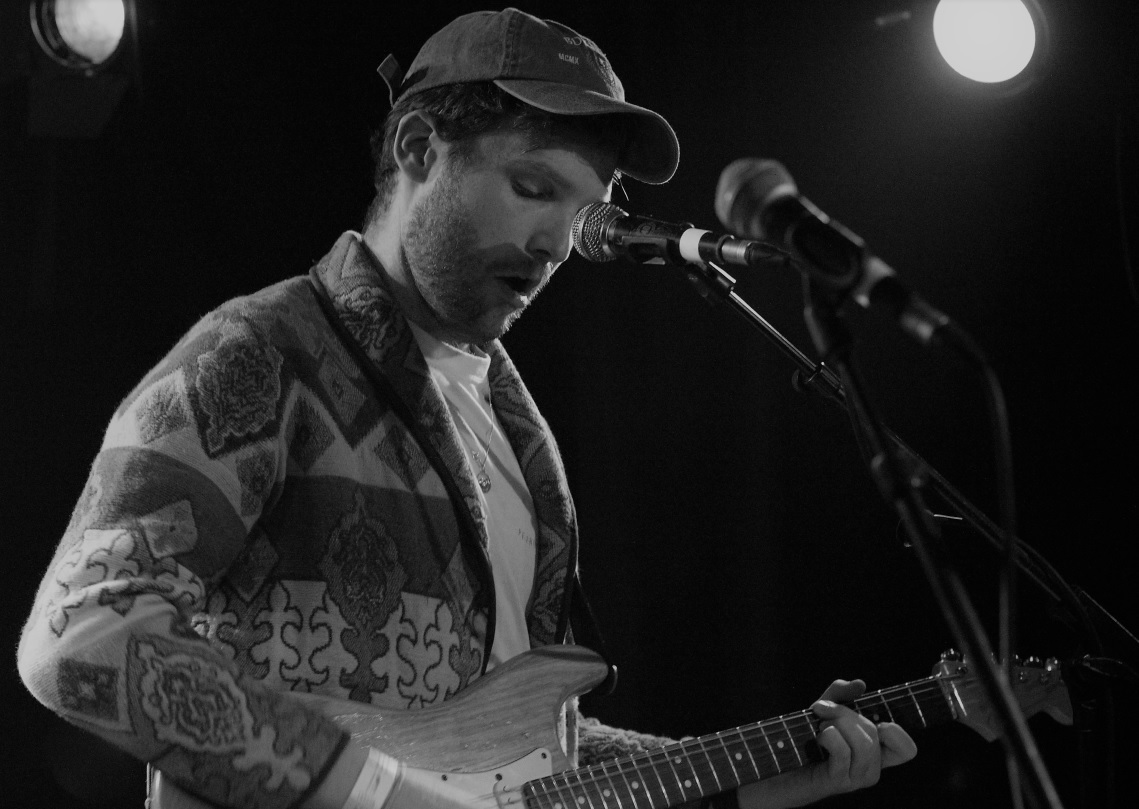 This evening the three guys were performing a handful of tunes in a guitar, bass, drums format that commenced to an initially sparse audience at 8:02pm. They opened with a track titled ‘Gordon’ which was a slightly funky number that was dominated by the sound of the guitar. In fact all five tunes were slightly funky and the singer’s Irish accent spread warmth throughout the room, which was filling up massively fast. My friend said they strangely reminded him of his brother’s Yes records. The punters seemed to enjoy them, but for me personally, I was not enthralled and found them sadly dull. 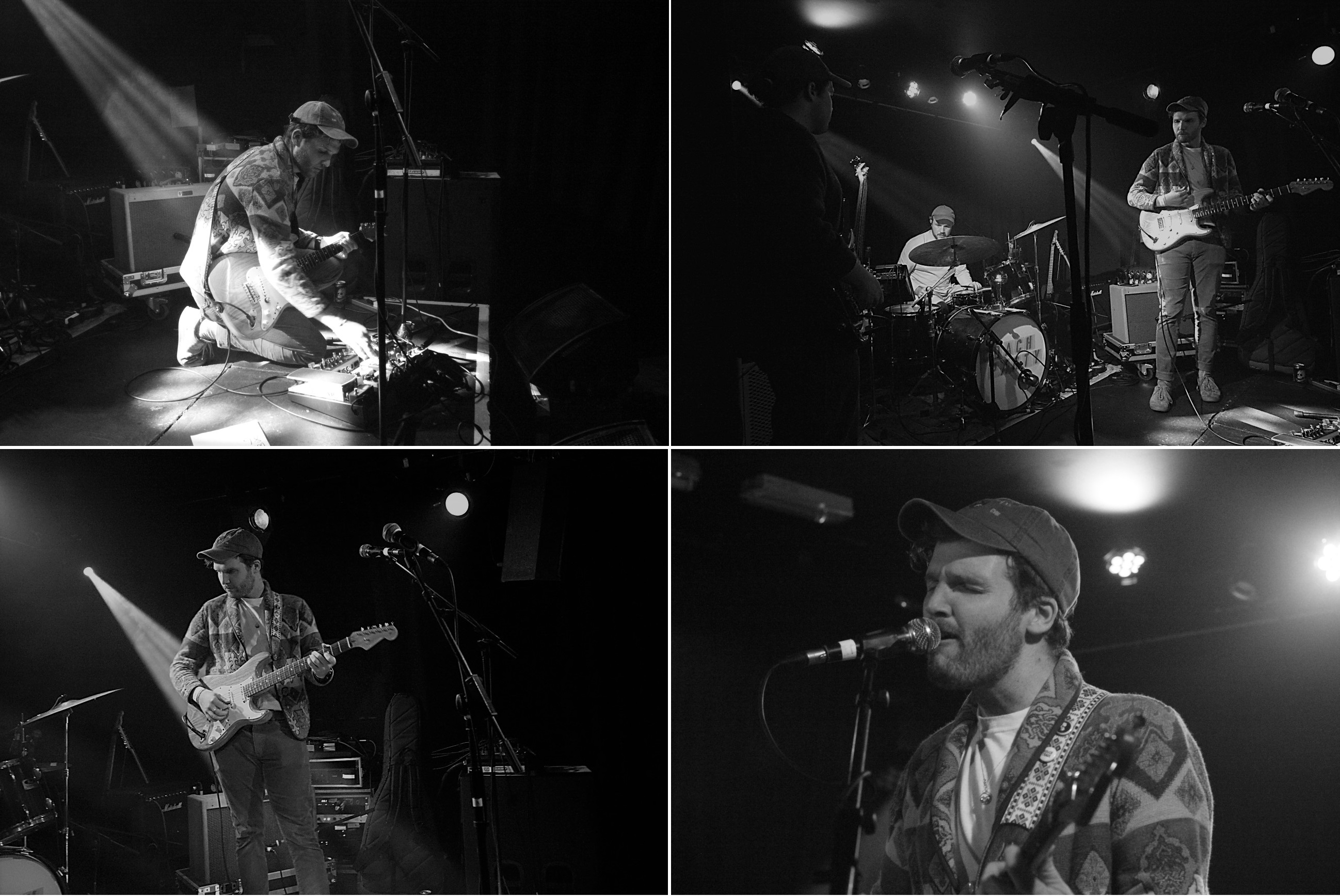 Following on from their 2020 ‘Denmark, Forever’ EP is their new single ‘86’ which they ended with tonight and you can locate it on Spotify. 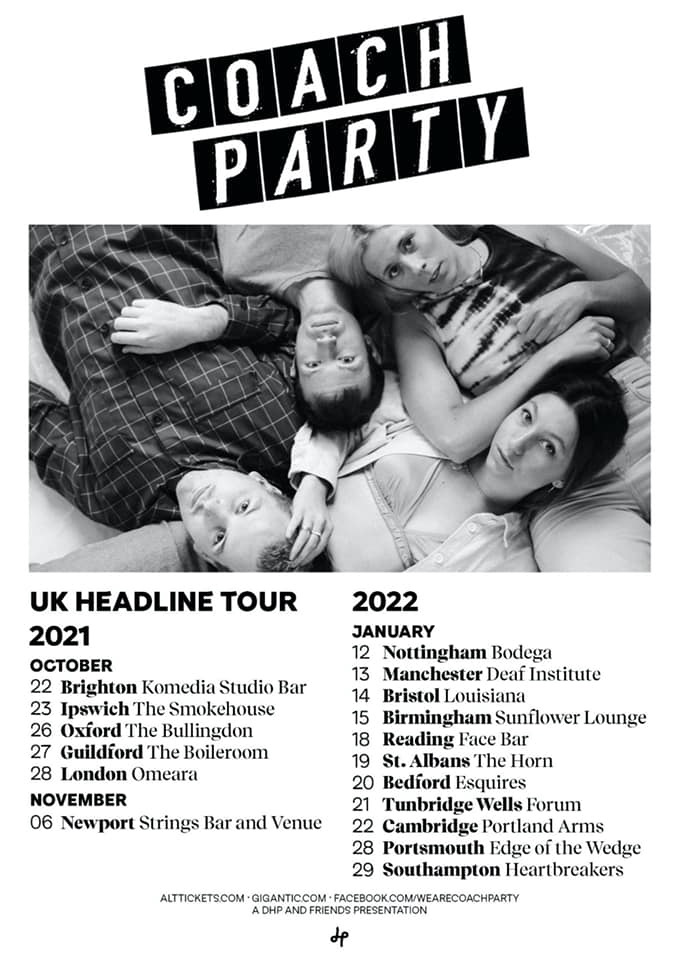 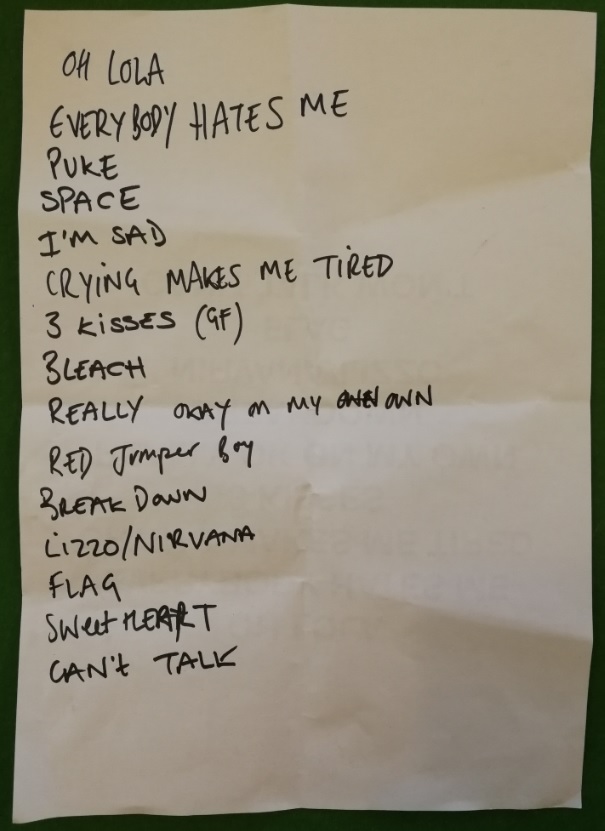 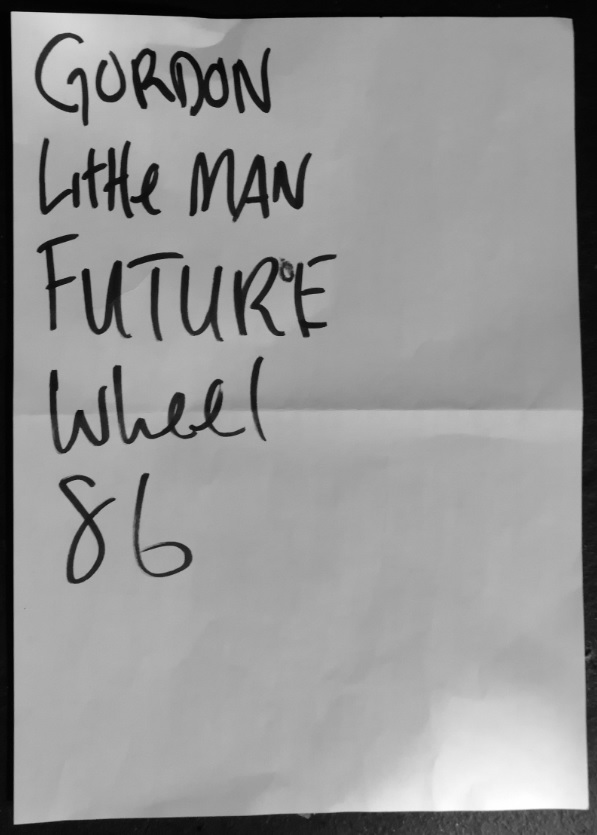