Plans to build dozens of flats in Brighton will mean the need for 54 extra parking spaces, according to the developer. 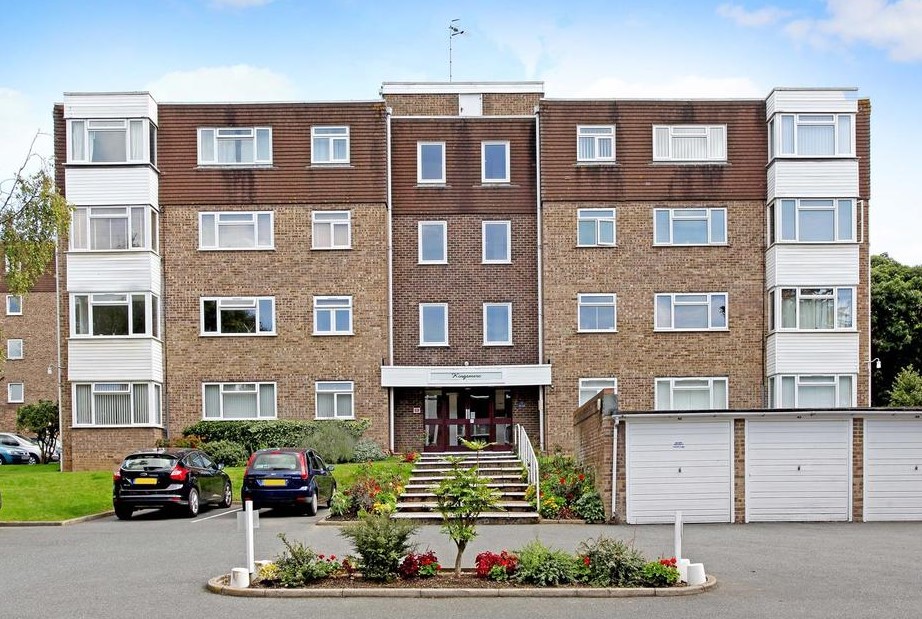 Hove company Spurpoint Ltd already has approval to build two extra floors on each of the four blocks at Kingsmere, in London Road, Brighton.

The extra floors will add 54 flats on top of the existing 120 flats on the estate.

Spurpoint now wants to add the extra parking to meet the demand from those who will move into the new flats.

Permission has already been granted for 18 more parking bays but a later application for 36 parking bays was withdrawn after feedback from an official at Brighton and Hove City Council.

More than 50 neighbours also objected to the parking proposals, prompting Spurpoint to go back to the drawing board.

Spurpoint said: “The planning officer raised concerns with the loss of grassed areas to car parking … any new car parking spaces provided must not be at the expense of open space at Kingsmere.

“Concerns were also raised in relation to … the proximity of proposed car parking spaces to windows and the detrimental impact to residents in terms of noise, fumes and light.

“In light of comments received, the application was withdrawn.

The latest planning application said that the estate currently has 81 parking spaces and 64 garages although it was not clear how many garages were used for parking.

The 54 bays in the application include the 18 which already have planning permission – and four dedicated electric car parking bays with recharging points.

The proposal would include felling half a dozen trees and a shrub, including a yew, oak, holly, laburnum and a couple of silver birches.

But some new trees may be planted – along with efforts to encourage people living at Kingsmere to use Brighton Bike Share bicycles and car club vehicles. The nearest car club bay is about 500 yards away. 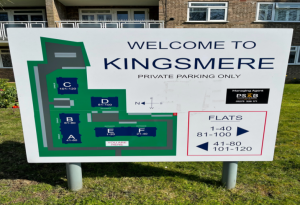 The site is next to St Bernadette’s Catholic Primary School which has more than 200 pupils and is rated good by the official watchdog Ofsted.

Residents have already started to object to the latest proposal, with one saying: “I strongly object to this proposal. Being a resident on this estate, the last thing we need is more parking spaces.

“Traffic can already be heavy here due to deliveries and school parents using the estate as a parking lot.

“In addition, we have few green spaces and removing the largest one to accommodate concrete makes no sense when it comes to preservation of green spaces.

“In addition, the flats who will now get parking spaces directly in front of their flat windows will suffer from further noise and pollution.” 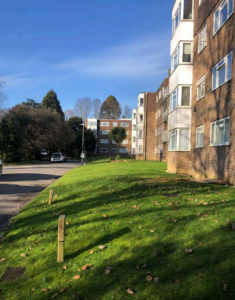 And a neighbour wrote: “I wish to object about these proposed plans. It would be unfair to remove the green space that is on the estate to make way for further parking spaces.

“There would be pollution and noise from additional vehicles, and residents would be affected whose flats would face on to these parking spaces.

“The estate is not big enough to cater for these extra parking spaces.”

Spurpoint, of Palmeira Mansions, Church Road, Hove, was founded in 1979 and is run by David Stoner, 82, and Annabel Stoner, 56.

The company is owned by Anstone Securites, which is registered in Jersey, and is believed to be owned by the Stoner family.

To read more about the planning application or to comment, visit the council’s website and search for BH2021/03706.