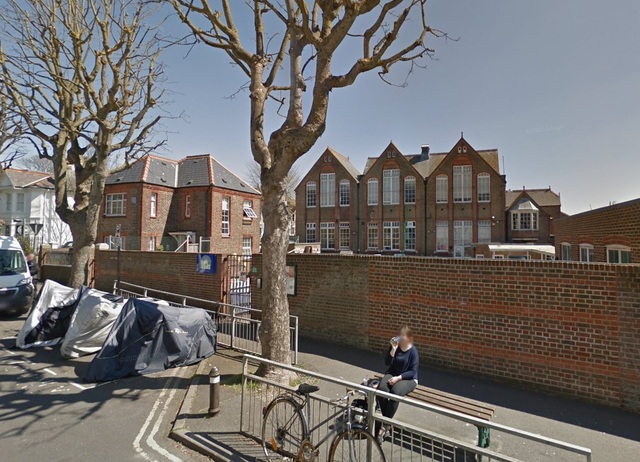 Queens Park Primary School, where reception places could be halved from 2023

One in five reception places will have to be slashed from Brighton and Hove’s primary schools by 2025 – and some schools may close.

A council report out today has earmarked seven schools for a reduction in numbers, and says more will be needed.

Pupil numbers are continuing to fall and Brighton and Hove City Council predicts just 1,930 will apply for primary and infant spaces in September 2025 – down 20 per cent from this year.

To keep to the government-recommended surplus of 10 per cent spaces, this means the current reception capacity of 2,820 needs to be reduced by 540.

If nothing is done to reduce admission numbers, these extra spare spaces would leave a black hole in many city school budgets.

Councillors on the Children, Young People and Skills Committee are asked to approve launching public consultations on reducing 2023 admission numbers at seven more schools when they meet on Monday 8 November.

Under the proposals, Bevendean, Coldean, Rudyard Kipling, and Woodingdean Primary Schools would have their numbers reduced from 60 to 45 pupils.

Carden and Queen’s Park Primary Schools would go from 60 to 30 pupils and Saltdean Primary from 90 to 60 pupils.

All the schools apart from Woodingdean Primary were undersubscribed for the 2021 intake.

Papers going before the committee state more schools will be required to consult on changing Published Admission Numbers (PAN) in the next five years.

In the report, the committee is asked to note: “the expectation that in the next three-five years proposals to consult upon a change to the Published Admission Number (PAN) of more schools will be required alongside the possible closure of some primary schools in the city.

“To best ensure schools are best placed to face this future, increasing focus will be placed upon developing more and larger collaborations between schools which it is hoped will provide greater resilience to the challenges that will follow.”

Parents have protested against previous school number reductions carried out by the council since 2017.

There is a surplus of places across the city even though the council removed 390 places from 11 schools.

This year 2,434 children were offered places at city primary and infant schools, with 386 spaces left unfilled.

The first indications for September 2025 are for 1,930 applications, leaving 740 surplus spaces.

School funding is the main reason for reducing numbers.

The report said: “Having too many surplus places can lead to schools having financial difficulties when, for example, they have a PAN of 60 pupils but only admit 36 starting school places.

“Under infant class size regulations, a school must have a maximum of 30 pupils taught by one teacher in Reception, Year One and Year Two and so the school would be required to fund two class teachers with an average class size of 18 pupils.

“School funding is mainly pupil-led, and where pupil numbers in year groups fall well below 30 (or multiples of), there will be issues of affordability and financial viability.

“A shift to mixed-age classes is the most effective way to mitigate the financial impact.”