A senior Metropolitan Police officer who used spy cameras to secretly film naked women in Brighton and elsewhere may have used his background in counter-terrorism to obtain the devices, a court was told.

Detective Inspector Neil Corbel, 40, posed as an airline pilot to book models for photoshoots before planting the gadgets in hotel rooms, flats and Airbnbs.

The cameras were hidden in everyday items, including tissue boxes, phone chargers, air fresheners, glasses, keys and headphones, to video his unsuspecting victims.

Corbel, a former counter-terrorism officer, was caught after a model, who had agreed to pose naked for a photo shoot, became suspicious of a digital clock.

An internet search of the brand name revealed the device was a high-end spyware video recording device which could be controlled from a smartphone.

Police found images of some 51 women on Corbel’s hard drive, with 19 victims, including 16 models and three escorts, agreeing to make statements against him.

Corbel, who has been suspended by the Met where he was attached to the Continuous Policing Improvement Command, pleaded guilty to 19 voyeurism offences at Westminster Magistrates’ Court in September.

The offences took place across the London, Manchester and Brighton areas between January 2017 and February 2020.

On Tuesday (2 November), chief magistrate Paul Goldspring sent the case to Isleworth Crown Court for sentencing at a later date because his powers to jail Corbel for a maximum of one year were insufficient.

He said: “On any view, the offending involved considerable deceit, not just using the different identity but essentially a different personality.

“He went to extraordinary lengths to hide the filming, and of particular concern to me is there is at least a suggestion he used his knowledge in his former work to secure recording equipment of an undercover nature.”

Opening the case, prosecutor Babatunde Alabi said Corbel, from Hertfordshire, was a police officer when the offences were committed.

“He contacted victims online using the name Harrison,” he said. “He claimed to be an airline pilot who had an interest in photography.

“He recorded the victims using cameras disguised as everyday items, including phone chargers, tissue boxes, digital clocks, air fresheners and headphones, in addition to using a mobile phone and DSLR camera with which he was taking still photographs.” 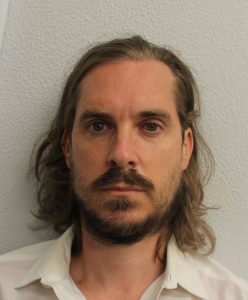 Four of the women, who cannot be identified because they are victims of sexual offences, faced Corbel in court, with three taking to the witness box to read their victim impact statements.

One model, who was secretly recorded twice by Corbel, with whom she had consensual sex, said: “I feel I was betrayed.”

She added: “It is particularly upsetting knowing he is a high-ranking police officer. I would expect far better from someone in his position.”

Another said: “The fact the defendant is a police officer has scared me and shocked me. He’s supposed to enforce the law.

“I expect he knows how to deal with people and he’s used his knowledge, experience and training to manipulate me.

“He was so charming and believable in his role. I just ask myself what else was he capable of?”

Other victims, who were not in court, mentioned the case of 33-year-old marketing executive Sarah Everard, who was snatched off the street before being raped and murdered by Met PC Wayne Couzens, 48, who was handed a whole life prison term last month.

“The fact that he is policeman is a huge deal,” said one. “These people are meant to protect us. Following the murder of Sarah Everard this feels like a very fragile time to be a woman.

“Sex work can be dangerous, though I’m lucky in this is the first form of violence I have experienced at work. If you can’t trust police officers, then what are we supposed to do?”

Another said: “Finding out about this was a total shock to the system. I don’t want to point the finger at all police officers, but they are meant to be there to protect you.

“Especially with the Sarah Everard case, it is hard to know who to trust. I don’t feel protected right now.”

But Edward Henry, defending Corbel, said that the case was “light years away” and disputed the “idea he was using his skill as a police officer”.

“All of these objects are freely available,” he said, adding that his client suffers from “sex addiction”.

“Not a penny of police money was abused, it was never done on police time, never in a police-paid hotel room,” he said. “There was no abuse of trust in the commission of the offences, although obviously an abuse of the victims’ trust.”

Mr Henry said that Corbel had spent 13 years as a police officer and highlighted his “single-handed determination” in “leading and investigating a case which was extremely lethal and he thwarted, he foiled it, saving countless lives”.