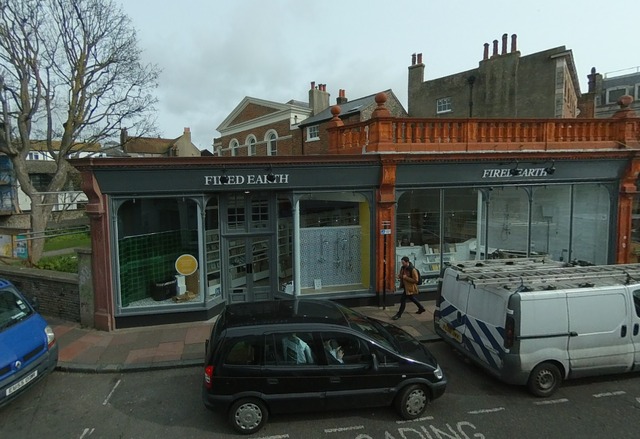 The owner of a new Brighton restaurant has struck a deal with the Quakers to keep the silence on Sunday mornings.

Members of the Society of Friends, known as the Quakers, were concerned about music and noise from drinkers from an as-yet unnamed new business opening in the former Fired Earth shop in Prince Albert Street.

The owner of Wolfox, Food for Friends and Kusaki is joining with homewares shop Workshop to open a new cafe where customers can also buy the fixtures and fittings.

During a Brighton and Hove City Council licensing panel hearing on Wednesday 10 November, the Quaker’s representative Penny Cloutte said the community is concerned about noise from music intruding on Sunday morning services as well as noise and smells from extractor fans.

The Friends Meeting House has held Sunday morning services at the house in Prince Albert Street for more than 200 years, predating the majority of outlets in The Lanes and modern licensing laws.

She said: “If they’re playing music or making noise up until before midday on Sundays that would be a real intrusion on our worship.

“We are also concerned about the sale of alcohol in the sense if people are leaving at 11pm they may well be in a state where they may cause a nuisance in the garden. We have had trouble with people in our garden for many years.”

Company director Fabio Lauro, who applied for the licence in the name of another of his businesses, Wolfox, confirmed his new project was not an alcohol-led business.

He said it was a new shop and café concept inspired by experiences at his other restaurants.

His plans are to close earlier in the evening but have an 10pm licence for occasional late events.

A filtering system is planned rather than traditional extractor fans, as the food offering is not expected to include fried or grilled dishes.

The three councillors on the panel – Lizzie Deane, Clare Moonan and Dee Simson – were initially confused as the licence application is in Wolfox’s name but the directors of neighbouring business Workshop Jayson Tane-Smiler and Ryan Kersop were also sitting in on the virtual meeting.

Councillor Moonan also sought confirmation the Wolfox Ltd involved with the application is the same as the one she knows with premises in Hove.

Mr Lauro, confirmed he owns the Wolfox chain as well as Food for Friends, Kusaki and Botanique.

His new business he described as a “cosy café” with a design shop operating through his Six Studio Design business alongside Workshop.

He said: “A lot of our venues in town are very design-focused. We do sell a lot of our chairs, tables, plates, glasses and lampshades as people ask.

“The idea came to find a cosy cafe where everything you see, the table you dine at, the chairs you sit in, the soap in the toilet, the candles on the tables, everything is for sale.”

Mr Lauro said small items would be sold in the café shop and larger items available in Workshop on the opposite side of the road, or by ordering online.

He did not reveal a name during the hearing, but the venue will sell Wolfox coffee and BrØdwolf baked products as part of a full dining experience.

If the panel agree to the licence, alcohol sales would be from 11am-10pm Monday to Saturday and noon-9pm on Sundays.

The licensing panel said that it would make its decision public within five working days.