Mural made up of 1,000 knitted poppies marks Remembrance Day 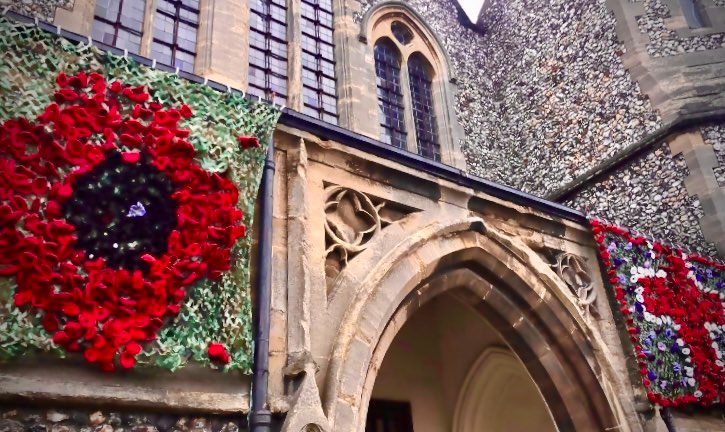 Volunteers have spent more than 300 hours knitting and crocheting 1,000 red poppies for a stunning Remembrance Day display at a Brighton Church.

Margot Freeman, the warden at St Luke’s Church in Queen’s Park Road, came up with the idea for the murals in May, when the country was still not fully opened up from lockdown.

A team of about 20 knitters have spent the last few months creating the poppies, which Margot then spent several hours arranging into the mural before it went on display this week.

Margot said: “I was asked to be church warden in the spring and I came up with this vision in May to have this display.

“It was whilst lockdown restrictions were still in force – that was idea really, it was something for us to do as a team.”

As well as red poppies, the murals also feature white poppies, for those who have fallen since the world wars and who have striven for peace, black poppies for BME groups who haven’t previously been honoured, and purple poppies for animals such as horses, dogs and pigeons killed during conflict.

It’s hoped the display will help raise more money for the Royal British Legion, who were not able to fundraise in their usual way last year.

About 26 people attended this morning’s remembrance service at the church. Another one is being held there on Sunday at 10am.