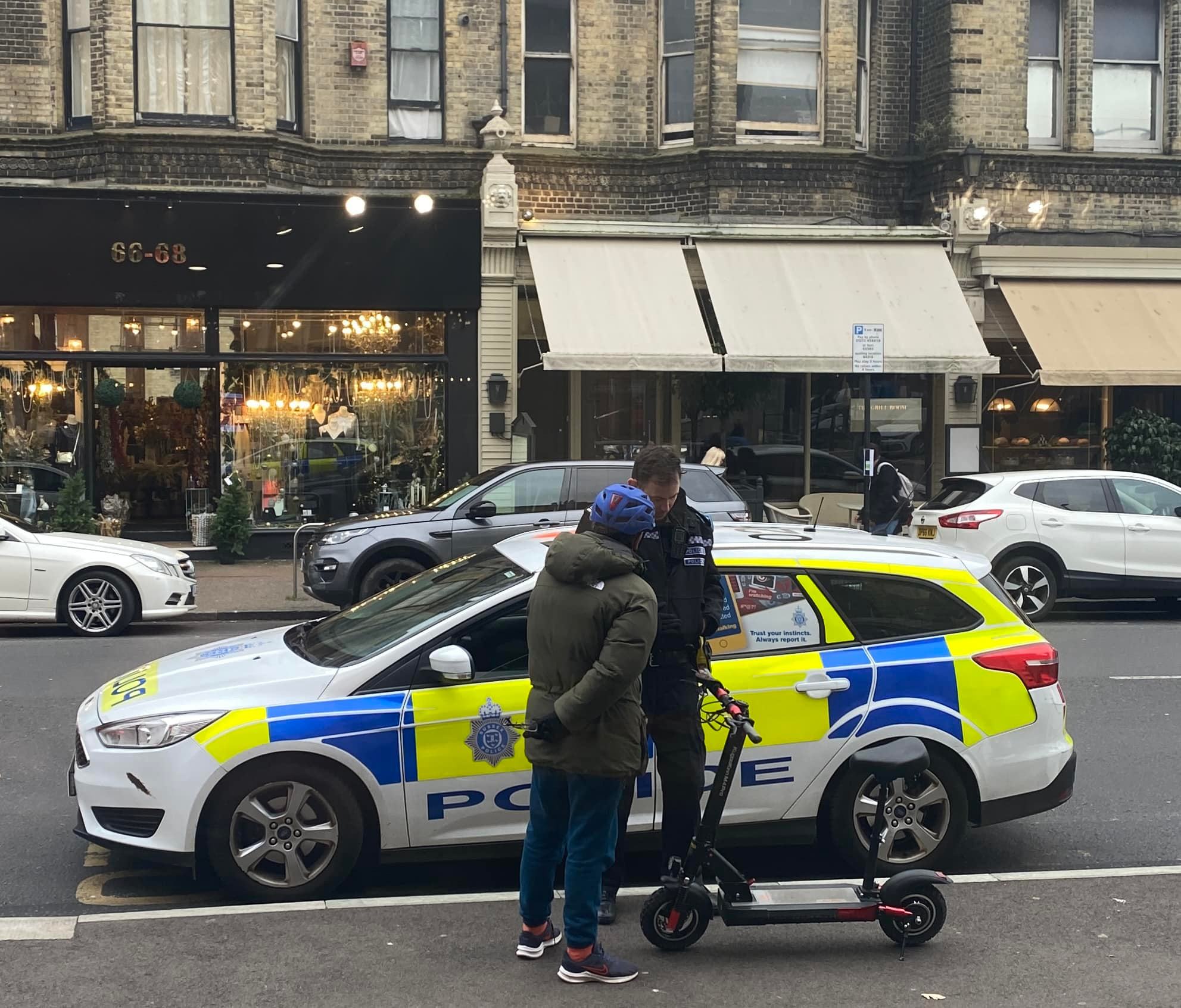 A Brighton MP has called for e-scooters to be made legal so that police can stop “wasting precious time” clamping down on them.

A handful of cities are trialling e-scooter hire schemes, but Brighton and Hove did not apply to take part.

Earlier this month, Sussex Police announced it was continuing to clamp down on their use, saying they were being used by drug dealers.

Brighton Kemptown MP Lloyd Russell-Moyle said if we were part of a trial, their use could be better regulated rather than attempting to get them off the roads.

And he criticised the Green administration for concentrating on “annoying motorists” instead of embracing the new technology.

He said: “Brighton didn’t want it because (and this is what Green councillors told me informally) it doesn’t take enough people out of the car and some people who would walk or bike would change to a scooter instead (so obsessed are they are only doing things that annoy motorists).

“Instead pressure is put on police to “clamp down” on something that is legal in other areas of UK, wasting precious police time.

“Accidents (and I’m afraid deaths) will happen in all modes of transport. The worst thing to do is ban it and just have people following no rules.

“The claim that drug dealers use them is just a pathetic claim. Yes they do, and they use cars, they use motor bikes, they use taxis – we should clamp down on the drug dealing that’s ruining communities, not a distraction of the mode of transport they use.”

Two types of trial are allowed under the Government trials, short term and long term.

The short term ones, where scooters are docked or left in designated areas, require a provisional driving licence and the company covers insurance so if there’s an accident there’s evidence and insurance.

The long-term hires allow riders to lease the scooter for a month at a time, so they can store it and use it as they wish. Again, a provisional licence is required and insurance is included in the hire cost.

In both, scooters are required to use designated areas and roads – and in Bristol on-board camera technology physically stops the scooter going on pavements and parks or main roads.

Mr Russell-Moyle said: “It makes riding safer, accessible and gets people out of cars or buses.”

A Green spokeswoman said the administration agreed with Mr Russell-Moyle that something needs to be done – but it was important to learn from the trials – and in the meantime, concentrate on current transport policies such as walking, cycling and public transport.

She said: “Lloyd is right to suggest that the government ‘ban’ is seriously lagging behind the huge increase in demand and popularity of e-scooters across the UK. We agree something needs to be done nationally.

“In summer 2020, cities could request to be part of a government-backed e-scooter trial that would only be rolled out in a handful of places. The initial application window also covered the period before the Greens had taken over the running of the council.

“We’ve been clear on our transport priorities for a safer, healthier city – walking, cycling and public transport, as well as rolling out electric vehicle charging. E-scooters have potential to form a key part of local transport, but with no legal framework for their use, we’re committed to our focus on these important transport priorities.

“It’s vital we learn from the results of the permitted e-scooter trials. Residents have already raised concerns based on issues in other cities; like what happens when scooters are ‘dockless’ and dumped on the pavement, and what responsibilities private rental companies will have towards our communities and environment.

“There’s also no assurance that government will support councils with the improved transport infrastructure that may be needed to enable widespread safe e-scooter use.

“We also want to balance future needs with support for our current, popular transport providers like the Bikeshare. So we are aiming to include a specification for an e-scooter add on, once e-scooters are made legal on the public highway, in future Bikeshare procurement tender documents.

“Until new laws are brought forward by government, e-scooters are sadly still illegal for use, and only national legislation can change that. In the meantime we’re focused on delivering positive transport improvements for our residents.”

A police spokesman said: “Sussex Police issued renewed advice to e-scooter riders earlier this month. Across the country there are Future Transport trials taking place, with the aim of gaining further insight into the environmental, health, and safety benefits of these types of vehicles.

“Currently there are no areas in Sussex taking part in these trials and e-scooters remain illegal to use on public roads.”