Councillor John Allcock, the co-leader of the opposition, made his comments as councillors looked at Brighton and Hove City Council’s key performance indicators (KPIs) for the second quarter – July, August and September.

A report to councillors said that, in the three months before the bin strike, 781 rubbish collections were missed for every 100,000.

The report blamed the national shortage of lorry drivers, bin lorries breaking down and staff having covid-19 or having to self-isolate.

In housing, 70 per cent of routine repairs and maintenance work was completed within 28 days, compared with a target of 90 per cent.

And while the council prevented 109 households from becoming homeless through casework, the target was 746.

Councillor Allcock told the council’s Policy and Resources Committee that a great deal of money had gone into preventing homelessness since the start of the coronavirus pandemic yet it was off target.

He said: “Let’s remember every one of these percentage points has an impact on residents – residents we are here to represent – real people in real communities.

“So it would be helpful to learn more about what the administration are doing to improve these services for our residents.”

The committee was told that other comparable councils had suffered similar challenges related to the pandemic and Brexit.

The Green leader of the council, Phélim Mac Cafferty, said that nationally, staff shortages were a problem in several sectors and were affecting performance.

Councillor Mac Cafferty said: “Some of these things, even if we threw lots of money, and even if we had all the resources in the world and all the staff in the world, we wouldn’t necessarily be able to resolve.

“We all know about a whole series of recruitment problems faced by loads of sectors. We know there is a huge staff shortage not just in HGV drivers but also the care sector.”

This was reflected in the percentage of “carers’ assessments completed” – 50.7 per cent against a target of 63 per cent. 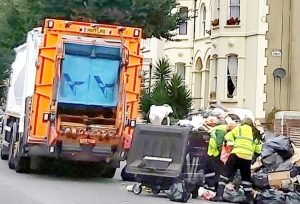 The council’s executive director for the economy, environment and culture, Nick Hibberd, said that the council was addressing the driver shortage by training staff.

And after the bin strike in October, the council gave bin lorry drivers a pay rise to reflect the shortage in the job market and to make it easier to recruit staff.

Mr Hibberd told the committee, which met at Hove Town Hall, that the council was also using smaller vehicles on some routes where access had been a problem.

The council’s executive director for housing, neighbourhoods and communities, Rachel Sharpe, said that the repairs service had been hit hard by the pandemic, which started as the service was being brought in-house.

Social distancing rules meant that day-to-day repairs had not always been possible last year, so only essential work took place when there was a health and safety risk.

If the council kept up with the current rate of 2,500 jobs a month, she said, repair workers would halve the backlog in six months. 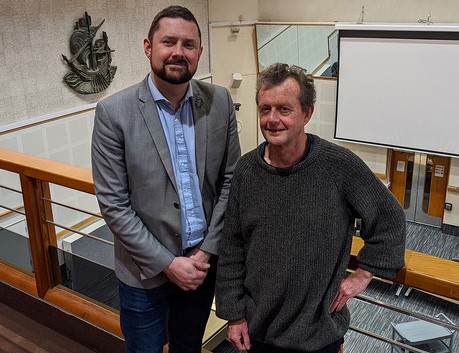 On homelessness prevention, Ms Sharpe said that the situation was improving. There was a falling number of households going into temporary and emergency accommodation over the past few months.

The council was asking landlords to “bear with” people who had rent arrears as it tried to help people to deal with debt problems.

Green councillor David Gibson said that the council received more money to help the homeless when the government urged councils to get “everyone in” at the start of the first national lockdown.

This provided support for more people than ever, he said, adding that more than 800 people were given emergency housing during the pandemic.

But large numbers were sent to Eastbourne as the council struggled to cope.

Councillor Gibson, the co-chair of the council’s Housing Committee, said: “Our emergency accommodation numbers are now falling, and that is hopeful considering that there is a real backlog of potential evictions we are trying to pre-empt from the private rented sector.

“We are trying to work as closely as possible with landlords.”