Green-Labour pact hits Brighton in the pocket once again

Labour continues to side with the Greens in key council votes, letting down its residents and the city as a whole.

The latest glaring example of this occurred at last month’s key Environment, Transport and Sustainability Committee meeting when Brighton’s experimental bus gate system was brought forward for discussion and decision.

The bus gates, policed by four fine-issuing traffic cameras in the Valley Gardens area in central Brighton, were brought in by the council using an experimental traffic order in 2020 and have operated for a year.

With the experimental order underpinning this measure about to expire, the committee was asked by the Greens to vote to make this traffic measure permanent.

During the course of the debate, serious problems were exposed with the design and operation of the scheme thanks to a question asked by Conservative councillor Robert Nemeth.

It was revealed that the bus gate cameras had been fining an extraordinary number of unsuspecting drivers – 9,618 in the month of October alone.

And with more than £1.8 million reaped in fines by the council in 12 months, it was clear that the bus gates were not only having a negative impact on Brighton residents’ pockets but also on visitors, putting the city’s prized tourist economy at risk.

Given this, any councillor or party interested in providing scrutiny for residents should have immediately put a stop to the plan to make these experimental measures permanent, at the very least until these issues could be fixed.

However, when the opportunity came to stop this unfair situation at the committee meeting, Labour actively voted with the Greens for it to continue and to make the bus gates permanent, waving the measure through. Only the Conservatives voted against.

It was such a poor standard of scrutiny from Labour – one that is being repeated time and again across the council on the big decisions that matter and are important to residents.

Examples include unwanted building on the urban fringe, unpopular and underused cycle lanes and the homeless bill of rights.

Driving all this is the coalition-style agreement between Labour and the Greens, detailed by Brighton and Hove News and which continues to loom large over this council.

In this instance, the clause on climate change may well have been a factor, with Labour and the Greens both agreeing on a “car-free city” policy – a plan which is linked to the bus gates.

However, by putting their coalition deal before residents at all costs, even in the face of overwhelming evidence of a policy’s failure, Labour have let down residents once again. 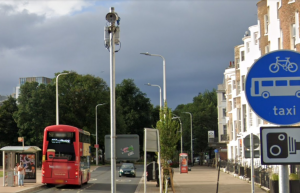 This council term runs from 2019-23, with many more meetings to be held before its term expires.

But by now it is clear that it is only the Conservatives who are able and willing to stand up for residents and provide the level of scrutiny that the city deserves.

By their actions and votes, Labour and the Greens mark themselves as the same entity, a coalition in all but name, which voters will surely remember when the election comes round.