Leaseholders in Brighton are facing huge and unfair bills as a result of “shoddy, substandard and often downright unsafe housing”, a Brighton MP told the House of Commons.

Caroline Lucas, the Green MP for Brighton Pavilion, took aim at “absent and faceless freeholders” as she called for ministers to toughen up rules to protect her constituents.

She was speaking yesterday (Wednesday 19 January) shortly before MPs passed the Building Safety Bill which will now go to the House of Lords.

Ministers have promised to amend the bill in the Lords to reflect commitments given during debates in the Commons.

Caroline Lucas said: “There is much to welcome in this bill but I want to return to the issue of leaseholders which is still one of the most worrying outstanding issues.”

She said: “Many developments are owned by absent and faceless freeholders via asset management companies.

“That means that getting something that should be very simple, like the signature of a freeholder on an application form, is very far from being straightforward, especially when offshore companies appear determined to avoid paper trails that might lead back to them at a later date.

“Let me give an example. On Friday, leaseholders at Stepney Court in my constituency received legal papers from their managing agent, FirstPort Property Services Ltd.

“They were horrified to be told that FirstPort intends to recover the estimated £4,912,000 for repairs from the leaseholders if the application to the building safety fund is not successful.

“That will mean that constituents such as the single working mother who paid £60,000 for a 25 per cent share of her property will be lumbered with a repair bill of £110,000.

“That is not fair and it should not be allowed to happen.

“All the while, the head lessee of those residential properties, Abacus Land 4 Ltd, lurks in the background.

“Its role in the saga remains unclear but what we do know about the elusive Abacus is that it is registered in Guernsey. It is administered by the asset management company, Long Harbour.

“Although I recognise that Abacus is not the developer, the mystery surrounding it and the confusing chain of accountability suggests that it is an example of what is at the very heart of the scandal: faceless investors making money out of shoddy, substandard and often downright unsafe housing. 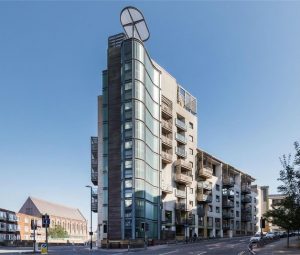 “Last week, the Secretary of State said that he was ‘clear about who should’ be ‘remedying failures’.

“He said: ‘It should be the industries that profited, as they caused the problem, and those who have continued to profit, as they make it worse.’

“He went on to say: ‘I have established a dedicated team in my department to expose and pursue those responsible.’

“Let us see that come to fruition and see what that really means on the face of the bill.

“Stepney Court is just one of multiple blocks in the New England Quarter of my constituency where defects have been identified and residents are battling with those responsible.

“Will the minister ensure that his team looks into the problems facing residents in the area, where unpicking the responsibility for where remedial work lies has led to unacceptable delays in accessing support from the building safety fund?

“It is not just Stepney Court. Residents in Embankment House and Temple House are still waiting for a decision on their application, too.

“To be clear, on who should pay, we need guarantees that the buck will not be passed to those who, frankly, cannot pay.

“I have scores of constituents who are trapped in properties that they cannot sell – mortgage prisoners who cannot move on.

“I have more than 1,000 constituents living in dangerous homes.

“They need guarantees that issues other than cladding will be covered in the Building Safety Bill, whether that means missing fire breaks, compartmentation, defective fire doors, wooden balconies or other construction defects.

“They need to know that they will not have to wait years for that to happen. They need certainty that the bill, along with the commitments in the Secretary of State’s statement last week, will ensure that the wait for work to make their homes safe finally ends.

“Allowing people to remain living in unsafe homes is highly dangerous. It needs to end – and the bill is the opportunity for the government to address past failings as well as to look ahead.

“I hope that they will act with the speed and certainty that our constituents all need.”