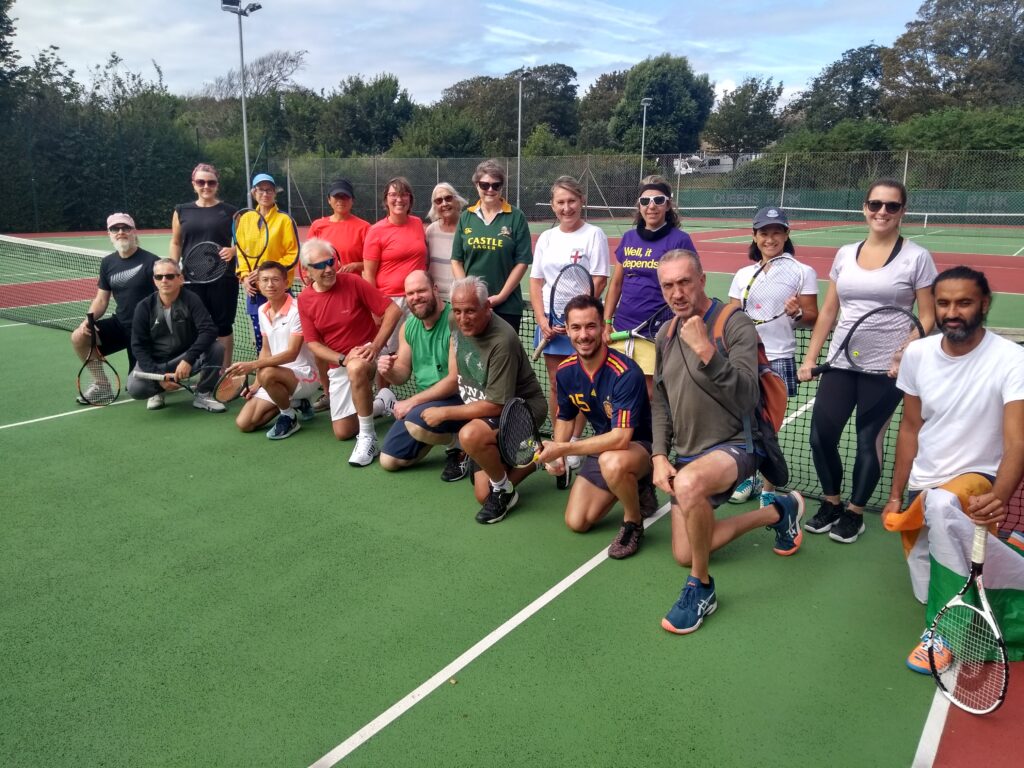 The first independent club to take over running council tennis courts has now signed a 25-year lease, allowing it to take full financial and legal responsibility.

Queen’s Park Tennis Club formed a community interest company (CIC) in 2017 when it took over running the park’s six courts and clubhouse.

Since then, it has introduced floodlights, upgraded the courts and been granted an alcohol licence for the clubhouse, which is currently being extended.

The membership has grown from less than 100 adults to almost 400 adult, junior and senior members, with a waiting list now in place for adult membership.

QPTC director Conrad Brunner said: “This agreement will allow our club to flourish as a self-funded, LTA-registered tennis club in its own right. We have done that successfully since 2017, and this lease now formalises that into a legal reality.

“There used to be a neat, well-kept community bowls club in Queen’s Park. When the council withdrew funding (in around 2005), the bowls club folded, like many others in the city, and the facility fell into disrepair.

“We didn’t want that to happen to our tennis facility so we had to organise to ensure the club had control of its own future.

“Thanks to many hours of voluntary work by directors and members, the CIC is now flourishing and playing an important role within the local community.”

Fellow director Mel Bowden said: “It’s taken a while! This process was complicated by issues less to do with tennis and more to do with the management and upkeep of the clubhouse. But we are there now. The issues have now been resolved to the satisfaction of all parties.”

Queen’s Park Tennis Club was the first club to take over running council-owned courts in 2017. Since then, Hove Park Tennis Club and St Ann’s Well Gardens have followed suit, and clubs have expressed interest in taking over the courts at Dyke Park, Hollingbury Park, Preston Park, the King Alfred and Saltdean.