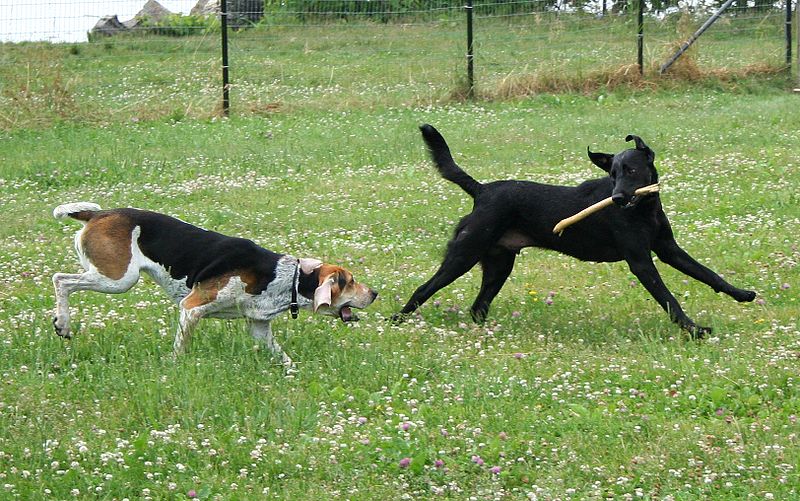 Dog walkers are preparing to fight a proposed ban on letting their pets run free on a new council nature reserve.

Brighton and Hove City Council’s environment, transport and sustainability committee also agreed to allow the public access to the land – but to pursue an order requiring dogs to be kept on a short lead at all time.

Designating land as open access means dogs must be kept on a lead in summer, but as cattle are also being introduced onto the land, councillors voted to pursue a dog control zone.

Brighton Dogwatch, which shares lost dog appeals and other dog-related information to thousands of local dog owners on Facebook, is now calling on the council to pause that decision.

It’s produced a report which quotes local dog owners and proposes ways Waterhall can be shared using fenced-off zones where dogs can be let off the lead.

It says the hundreds of dogs which use the site – which is says is estimated by the council as a thousand a day – will put pressure on other open areas if they have to go elsewhere.

It is also calling for more dog poo bins on the site, and for car parking at Stanmer Park to be reviewed as it says many dog walkers have been displaced from there by high parking charges.

It says: “We hope we can find a way forward where the land can be shared and enjoyed whilst also improving the wildlife and area that Waterhall offers.

“We live in an area where many households have dogs. We’ve seen just how important these dogs are for physical and mental health. We also have a large community that supports environmental progress and rewilding projects.

“These communities are not separate they overlap. We should find a way for all communities to go forward and create a win-win.”

The report also anonymously quotes several dog owners. One said: “It’s a lovely safe area to walk dogs off lead and sadly these areas are getting less and less.

“We walk our rescue up there and he loves the freedom and we love the fact it’s a large area.”

Another said: “So many people enjoy the land with their dogs and yet this happens with ease and largely without issue as it is such a vast area.

“Should all of these people be forced elsewhere, parking, access areas, and the places themselves will become so busy that people and dogs will suffer.”

During last month’s committee meeting on Tuesday, March 14, councillors from all three parties supported measures to control dogs on the site.

Green councillor Jamie Lloyd said: “We have seen that massive quantity of dogs is detrimental to wildlife. I think we’re all in agreement with that.

“But people wandering around the site isn’t.”

Labour councillor Teresa Fowler said: “We are pleased to declare the area a nature reserve and ask dog owners to keep their dogs on a lead in order to protect grazing wildlife and various wildlife which we are trying to nurture.

“I have a dog which I do mainly keep on a lead and she is not upset by this.

“I have had many complaints from residents who are upset by lots of dogs out of control off leads especially if you have a fearful child or a nervous dog.”

In a report which went before the committee, the council’s conservation manager David Larkin said: “Monitoring of the adjacent land at Waterhall has shown a decline in target species (dormice and adders) with increasing dog numbers since the golf course ceased operation

“Increased amounts of dog excrement have been reported spoiling the enjoyment of the site for other users.

“A recent study – nutrient fertilization by dogs in peri-urban ecosystems – has shown that dog excrement is particularly damaging to nutrient poor species rich grassland such as at Waterhall.

“Many groups of large numbers of dogs discourages individual dog walkers from using the site as they feel their individual dogs are threatened by the ‘pack mentality’ of the groups of dogs.

“The presence of dogs causes stress to livestock as dogs are perceived as predators. The potential for dog attacks on the livestock increases with the number of dogs being walked off-lead on the site.”

He added: “There are still plenty of opportunities to walk dogs off lead in the area less than a mile from Waterhall. Three Cornered Copse, Coney Hill Woodland and Waterhall and Braypool Recreation Grounds are unrestricted and Green Ridge only has restrictions when it is being grazed.”