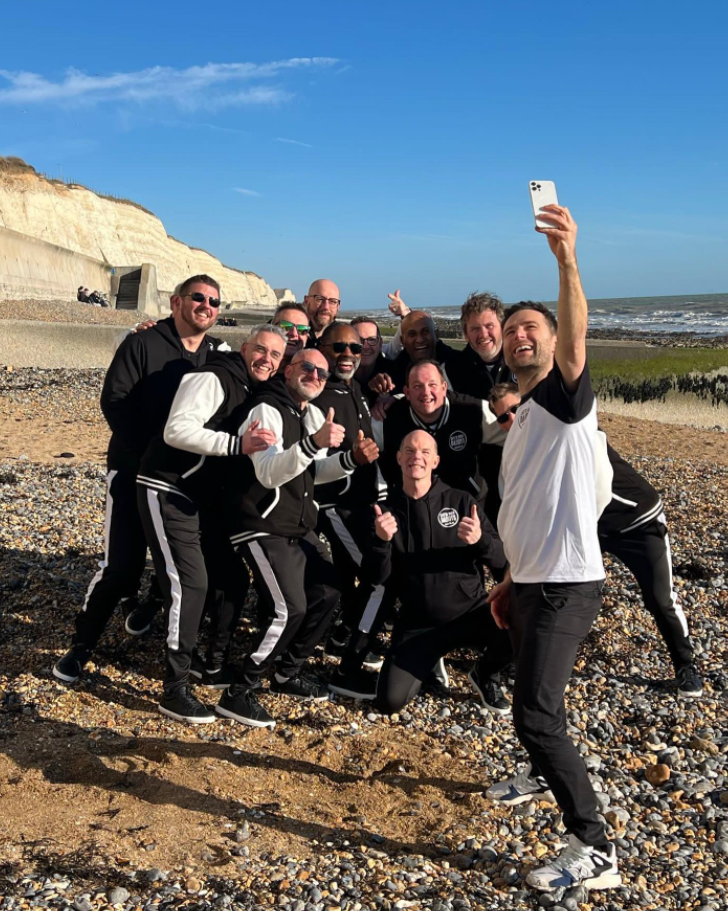 The Outta Puff Daddys were featured on the One Show in a segment filmed with Harry Judd who found fame as the drummer in the pop group McFly.

It’s been 10 years since the dads met while taking their children to street dancing classes in Brighton and decided to come up with a routine of their own.

And they’ve carried on polishing their steps ever since, coming up with fun routines that embrace the humour of “dad dancing”.

They’ve been become something of a sensation on TikTok and Instagram with six-figure followings where they use the platforms to promote positive messages about mental health.

On their website, they said: “Over the years we have performed in front of thousands and our friendship has provided a safe space to discuss our mental health challenges.

“As a group of men, our camaraderie and friendship goes far beyond just dancing.

“We have supported each other through various personal tragedies and challenges – our brotherhood provides a real lifeline for our own mental health.

“We break through all stereotypes surrounding traditional masculinity, encouraging others to talk openly about their mental health.

“Our fun routines on TikTok and Instagram have amassed millions of views from all corners of the globe.

“Our profile and mental health awareness message is well and truly being heard and supported around the world.

The One Show episode is available on BBC iPlayer for a limited time here. It starts about 13 minutes in.