A Hove mother has been convicted of giving her late son a “noxious substance” but a jury found her not guilty of attempted murder. 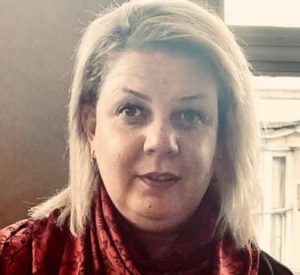 Sussex Police said: “A woman has been found guilty of administering a noxious substance to her 10-year-old son but found not guilty of attempted murder.

“Pembe Mehmetaliogullari, 48, of Lower Market Street, Hove, was charged with the attempted murder of her son, Mustafa, and administering a noxious substance with intent.

“She had denied the charges.

“On Friday (27 May) following a trial at Brighton Crown Court, a jury convicted her of administering a noxious substance but cleared her of attempted murder.

“She will be sentenced in due course.

“The court heard that Mustafa, who lived with severe complex physical and mental disabilities, sadly died at the Royal Alexandra Children’s Hospital in Brighton on 30 September 2018, having been admitted for treatment three days earlier.

“Police were informed and a post-mortem and subsequent toxicology examination found the presence of non-prescribed medication in his system.

“The cause of death is currently unascertained and could not be attributed to the drugs found in his system.

“It was the prosecution’s case that Mehmetaliogullari had administered Mustafa the drug citalopram at home and the painkiller co-codamol to him at the hospital.

“Mustafa and his mother had been living at Eastview Terrace, Sedlescombe, East Sussex, prior to his admission to hospital.”

After the case, Detective Sergeant Barry Chandler, from the East Sussex Safeguarding Unit, said: “This is a tragic case and our thoughts are with Mustafa’s family and friends at this difficult time.

“I’d like to thank the members of the jury who carefully considered the evidence put before them and we respect the decision they have made today.

​“I’d also like to thank the witnesses and the investigative team who worked so hard on this complex and distressing case.”