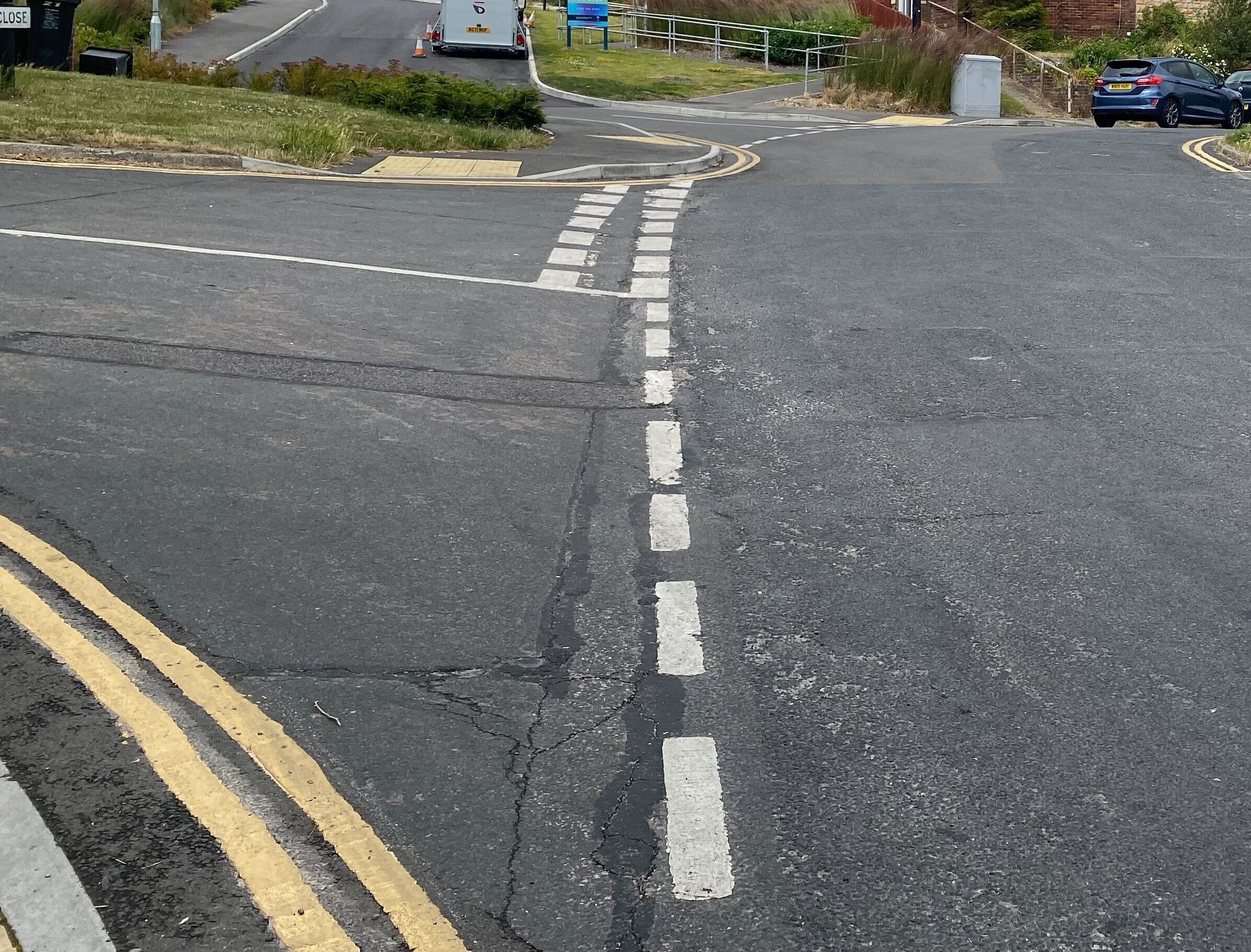 Patching up roads after damage from heavy construction vehicles working on a new Mile Oak housing development is not good enough, residents say.

Damage to road surfaces and kerbs has been repaired in places by the contract builder Thakeham, but residents say the road quality is still poor.

North Portslade Councillor Peter Atkinson is calling on the council to ensure the roads are properly resurfaced, after contractor Thakeham said their work resurfacing the roads is complete.

Cllr Atkinson said: “This is the least that residents should expect.

“They endured a huge amount of disruption in the early years of the construction work and all the roads affected by the heavy traffic should now be made good by complete resurfacing.”

Residents in roads around the site had to regularly report the damage that was being caused since construction started on 125 properties in 2019.

Cllr Atkinson is calling for the roads to now be fully resurfaced as promised in the original planning documents.

Brighton and Hove City Council said the roads within the estate, Swallows Rise and adjacent roads have been satisfactorily repaired.

A council spokesperson said: “The access roads in the North Portslade area, such as Graham Crescent and Graham Avenue that were used by HGVs to gain access to and from the site via Overdown Rise show wheel rutting and other damage from this traffic.

“We are working with the developer to repair this damage.

“The intention from the outset was that the repair work will be done when the Oak Point development is completed.”

The cost of resurfacing would be borne by the construction company, Thakeham, which Cllr Atkinson says should have been factored into their financial planning for the works.

A spokesperson for Thakeham said: “Before building works started on site, we completed a detailed road condition survey which we shared with Brighton and Hove City Council (BHCC) as highway authority for the area.

“BHCC gave us permission to fix any additional wear and tear to road surfaces caused by site traffic while we were building.

“As part of our site completion works, we have repaired any additional damage to the road surface as a result of our construction activity to highways standards.”

Cllr Atkinson said: “I’m surprised to hear that Thakeham have decided that the state of the roads is satisfactory because residents are telling me it’s not.”

The 100 per cent affordable development by Britain’s biggest housing association Clarion was officially opened by Lizzie Deane, Mayor of Brighton and Hove on Thursday, 16 June.