More people were injured on Brighton and Hove’s roads last year, new figures suggest, but the numbers remained lower than before the pandemic.

One person died on the roads of Brighton and Hove last year, down from three in 2020 and six in 2017.

He was Bartosz “Bart” Gluszynski, 40, a father, from Saltdean, who died after being hit by a Jaguar car on the A259 Marine Drive, in Brighton, last November.

Since then, at least two more people have died on the roads in Brighton and Hove.

Ronnie Herriot, 44, was on foot when he was hit by a car on the A270 Old Shoreham Road in March.

Mr Herriot was hit by a Vauxhall Corsa between the A293 Link Road and the Southern Cross traffic lights.

And motorcyclist Luke Batchelor, 33, died when his bike crashed with another in Fox Way, Portslade, in April.

The number of road casualties dropped during the coronavirus pandemic when lockdown rules led to far fewer cars on the roads as many people stayed at home.

But charities and campaigners are urging the government to do more to tackle the increase in injuries from traffic accidents since covid restrictions ended.

Provisional figures from the Department for Transport suggest that there were 715 road casualties in Brighton and Hove in 2021 – up from 642 the year before but fewer than the 805 in 2019.

The figures were published as road safety charity Brake organised a Kids Walk last week. With thousands of children marching for safe streets.

Brake’s head of programme delivery, Scott Williams, said that every child should have the right to walk their local streets without fear of traffic or pollution, adding: “It is vital that children can walk safely in the places where they live.” 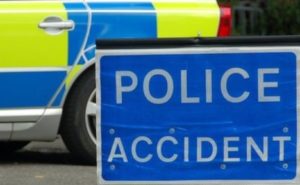 Of those who died, 686 were car users, but 363 pedestrians and 299 motorcyclists were also killed.

Road Victims Trust chief executive Mark Turner said: “It remains a terrible fact that four people will be killed on the roads of the UK each day, with many more suffering life-changing injuries.

“The devastation and trauma caused by these collisions is immense and it is disturbing to see a climb in the numbers of people affected.”

The RAC said that the government must do more to improve road safety. The organisation’s head of roads policy, Nicholas Lyes, said: “RAC research suggests there is a huge level of concern among drivers about the standard of driving on our roads, so we urge the government to consider reintroducing road safety targets.

“They should also look at whether the long-term decline in full-time road traffic police officers has led to a worsening in driver behaviour.”

The Department for Transport said: “While there has been a decline in road casualties in recent years, any fatality on our roads is a tragedy and our sympathies remain with anyone who has lost a loved one.

“Road safety is a top priority we are committed to improving through education and updates to the Highway Code that will help protect vulnerable road users, alongside our highly successful ‘Think!’ campaign.”