The Labour Party has expelled two Brighton and Hove councillors. 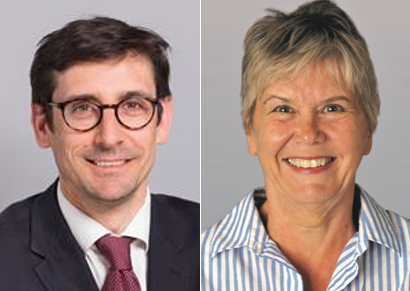 Councillor Pissaridou was already sitting as an Independent, having been readmitted some months ago to the Labour group of councillors after a previous suspension.

Councillor Childs was still listed as a Labour councillor on the council’s website this afternoon (Thursday 4 August).

It is understood that both were expelled from the party for belonging to a proscribed organisation.

Councillor Pissaridou said: “I am taking legal advice in respect of appealing the decision and do not have any further comment to make at this time.”

Both were elected in May 2019 although Councillor Pissaridou previously served as a councillor for Wish ward in Hove for four years from 2011 to 2015.

* After this story was published Councillor Childs responded on Facebook. He wrote: “It is with great sadness that I have to report that I have been expelled from the Labour Party of which I have been a member for 31 years.

“The purported reason is that I liked a Facebook group that was apparently linked to a proscribed left-wing organisation.

“I was unaware of the group, its existence and I am certainly not a member, nor supporter, of this or any other faction.

“The real reason for my expulsion is, I suspect, that I am a democratic socialist and environmentalist who refuses to toe the party line when it comes to inequality and climate change and representing my residents.

“I will post a full statement in due course.

“You can keep contacting me about local issues as I intend to remain a councillor working my hardest, as always, for the ward of Queen’s Park that I love so much.”