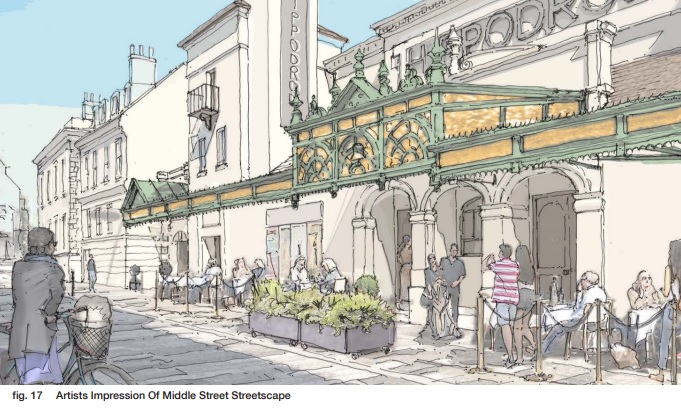 Neighbours of the Hippodrome are worried about being overlooked by a new seven-storey hotel which its new owners want to build behind the listed venue.

It has now submitted plans for a redevelopment of the Middle Street site, including offices in an extended fly tower, a restaurant with roof terrace and a members club.

The seven-storey aparthotel – a hotel with small suites including kitchens and sitting rooms – will have its entrance on Ship Street.

But while most people commenting on the plans welcome the regeneration of the venue, those living next to it are not so keen on the new building or fly tower extension, both of which will overlook homes in Ship Street, Ship Street Gardens and Duke’s Lane. 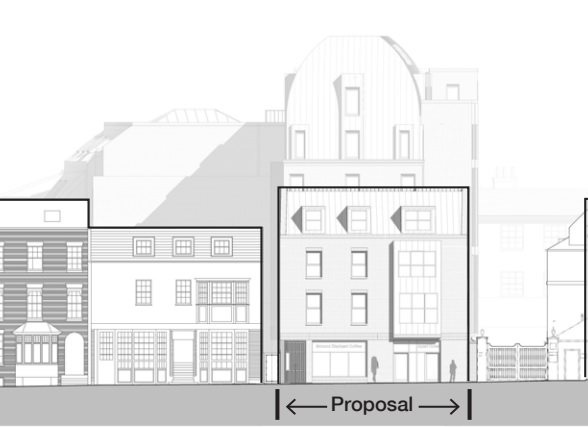 The proposed entrance to the aparthotel from Ship Street

One Ship Street resident said: “I live in a flat on Ship Street opposite the proposed development, and I object on the grounds of being badly affected by the proposal because of overlooking directly into my bedroom, living room and kitchen windows on the main elevation of my building fronting Ship Street, and loss of daylight and sunlight to these habitable rooms.

Another who lives in Ship Street Gardens said: “Total non consideration of properties that the development backs onto.

“Our property has a rare outdoor balcony space that will be ruined by the roof top bar backing onto it plus the Fly tower proposal means no privacy either into bathroom, bedrooms, kitchen and the outdoor space we have.”

And another Ship Street Gardens resident said: “Residents in the twitten will suffer overshadowing, overlooking and loss of privacy.

“I feel very strongly that the proposed increase in height of the addition to the fly tower and the proposed seven story apart-hotel will be a massive dominating structure to the entire Conservation Area, and result in an overbearing negative impact.” 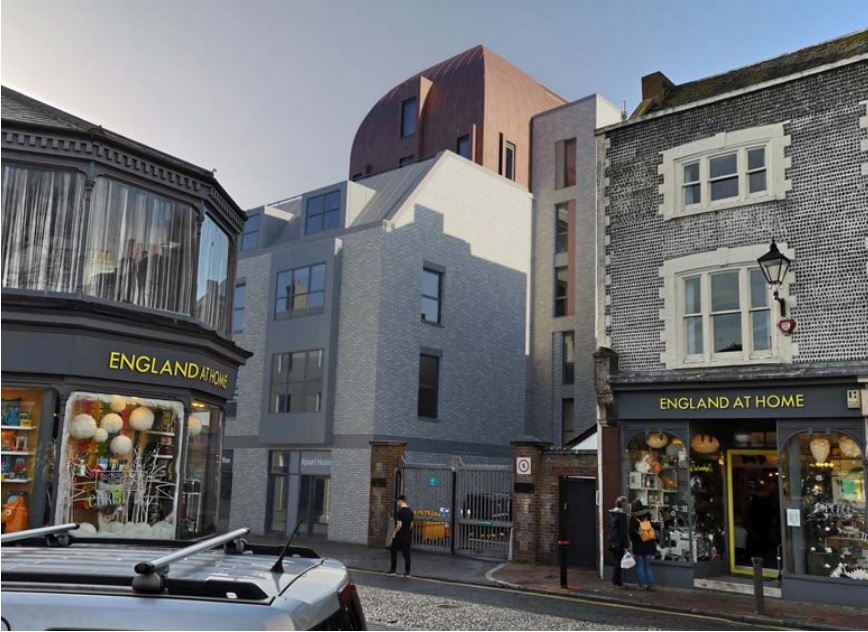 The planning application, written by Lomax Architecture, anticipates these concerns. It says: “The scheme has been designed to bring the Hippodrome back “from the dead” and to utilise the existing building and the overall site to its maximum utilisation, on what is a highly sustainable location well served by local amenities along with local, national and international public transport.

“The architectural design has been developed, reviewed and refined to complement the existing built environment and to improve the streetscape of the area.

“On paper, a seven-storey building in the centre of the site would seem to be questionable, but it is considered that it will not harm the sense of space, fronting onto Duke’s Yard service area and car park, or enjoyment of the Conservation Area.

“Neighbourliness considerations have been a major factor in determining the arrangement and form of the proposal and the design as developed in collaboration with XDA Consulting on the Daylight and Sunlight implications of the design development.

“Special attention has been given to the neighbouring properties to the south. In regard to the windows of the apart hotel, canted bays have been implemented to reduce direct overlooking onto neighbours private amenity space.

“Rather than impacting adversely on neighbourliness, the proposal should serve to enhance the setting of the neighbourhood and outlook for the occupants.”

The application says its focus is on preserving the main theatre’s use as a live venue.

But its fly tower – which campaigners say is essential for the theatre to be used as a “lyric theatre” capable of hosting major tours – will instead be converted into serviced offices.

The application says: “The focus was always the provision of a live venue.

“It is well known that parts of the community are anxious to establish a Lyric Theatre in Brighton and that it should be located in a refurbished Hippodrome.

“However, it presupposes that the two are inexorably connected, but the Hippodrome both in the form of the building and its location make this an unhappy connection.”

It says the circular space means some seats will necessarily have restricted views which reduces the number of full-price seats.

It also says the venue’s location is almost impossible for large touring trucks to reach without causing a “health and safety nightmare”, causing significant disruption.

It also says the foyer is far too small by modern standards – and that even if these constraints could be overcome, raising the necessary funds would be a “significant challenge”.

It says making the auditorium a “flexble multiple-purpose event venue – with a food and beverage offer – would mean it would be more accessible day and night.

The planning application can be viewed and commented on here.