The family of an 18-year-old former BHASVIC student spoke of the “gap in our lives” after he died from the injuries that he suffered in a crash. 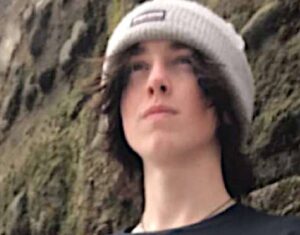 Charlie Chandler was on his Honda motorbike when he was involved in a crash with a VW car three weeks ago.

Mr Chandler was taken to the Royal Sussex County Hospital, in Brighton, but he died as a result of his injuries on Sunday 4 September.

He was about to start a gap year before university, having just passed his A levels at BHASVIC (Brighton, Hove And Sussex VI Form College), in Dyke Road, Hove.

In a statement, his family said: “The loss of Charlie has left an immeasurable gap in our lives.

“He was kind, caring, funny and intelligent.

“He had just gained three A levels at BHASVIC and was about to start a year out working before going to university.

“His family and friends are devastated by the senseless death of such a vibrant young man who had his whole life ahead of him.”

Sussex Police said: “Charlie Chandler, 18, from Burgess Hill, was riding a Honda motorcycle in Cuckfield Road, near Ansty, when he was involved in a collision with a silver Volkswagen at 9.45pm on Tuesday 30 August.

“He was taken to the Royal Sussex County Hospital, in Brighton, but sadly died from his injuries on Sunday 4 September.

“Police are continuing to investigate the fatal collision and the driver of the Volkswagen, a 63-year-old man, from Hassocks, is assisting with inquiries.

“Witnesses or anyone with relevant footage of the vehicles in the area is asked to report it to Sussex Police online, via email to collision.appeal@sussex.police.uk or call 101 and quote Operation Wickford.”