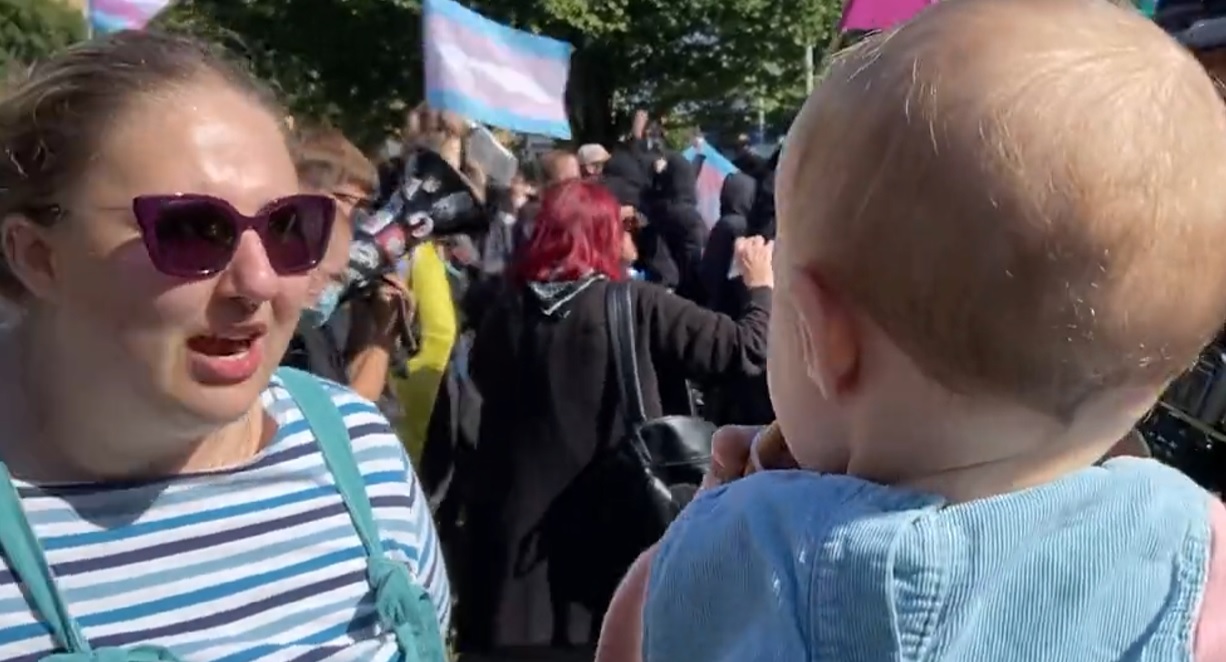 A Brighton MP’s head of policy has apologised for shouting at a father and his baby that they were fascists at a pro-trans protest.

Carly-May Kavanagh, who works for Lloyd Russell-Moyle, was filmed at the gender-critical Let Women Speak event in Brighton on Sunday.

She and another protester shout at a man holding an infant, saying he is “raising a little fascist”.

She later spoke on Twitter about her experiences at the rally, including a now-deleted tweet suggesting the gender-critical speakers had thrown smoke bombs at themselves in order to blame pro-trans protesters.

This morning, she said: “I let down the trans community with my behaviour.

“My desire to protect my trans friends led me to act in a way that I shouldn’t have.

“I am embarrassed by my actions and I am sorry.

“This has been a tough learning experience for me and should be a lesson to us all.

“My shouting and manner was wrong and is now being used against the trans community that we all want to support.

“I was in the wrong and it won’t happen again.”

The committee would also usually oversee selections of candidates for elections – but this has been temporarily been taken over by the party’s south east regional committee because of concerns how selections were run for the 2019 elections.

Brighton broadcaster Simon Fanshawe, one of the co-founders of Stonewall who has since broken with the organisation over its stance on trans issues, published an open letter to Mr Russell-Moyle, asking for reassurance he is dealing with the incident in an appropriate manner.

He wrote: Your mandate is of course for your whole constituency. I don’t know if the man she was accusing of being fascist was a constituent or not – but from the recording it’s clear that neither did she.

“Her role surely – in order to reach the best conclusions on policy – is to listen to the range of views in the constituency she serves.

“Both the views of people who subscribe to “gender theory” and those people who are “gender critical” are protected views in law and so lawfully expressed. Neither are “fascist”.”

He added: “It would be reassuring to know you are dealing with this in an appropriate matter and will go on the record by saying that you do not agree that those of your constituents who do hold “gender critical” views are not “fascists” and that, as their MP, you will listen to their anxieties and misgivings about self-ID with an open mind.”

A spokesman for Mr Russell-Moyle said: “Lloyd is attending the funeral of his grandmother.

“We understand the individual concerned has made an apology on their Twitter, all other staffing matters are dealt with internally.”