Family pay tribute after biker dies on A27

The family of a man who died in a crash on the A27 said that he brought sunshine and laughter to them and his many friends. 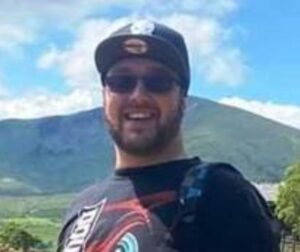 Greg Moss, 35, was riding a blue Suzuki motorbike that was involved in a crash with a Scania HGV lorry on the A27 between the Beddingham and Southerham roundabouts last Tuesday (20 September).

The road was closed both ways for several hours as Sussex Police crash investigators worked at the scene.

Mr Moss, from Newhaven, was pronounced dead at the scene.

Today (Monday 26 September), his parents said: “Our beloved son, Greg Moss, was killed in a traffic accident on Tuesday 20 September.

“He brought so much sunshine and laughter to his family and to his many friends. Greg was the best son, brother and partner that anyone could ever wish for.

“We couldn’t be prouder of him and his loss has left a huge hole in our lives that will never be filled.”

Sussex Police said: “Police are continuing to appeal for witnesses or anyone with information to come forward.

“A 54-year-old man was arrested on suspicion of causing death by careless driving, however, has since been released, with no further police action.

“Officers are keen to hear from anyone who may have seen the vehicles or with dashcam footage of the vehicles in the area at the time to come forward.

“Information can be reported on the Sussex Police website, on 101, or email collision.appeal@sussex.police.uk and quote Operation Verve.”