Tributes have been paid to Councillor Garry Peltzer Dunn who died yesterday at the age of 79 after a short illness. 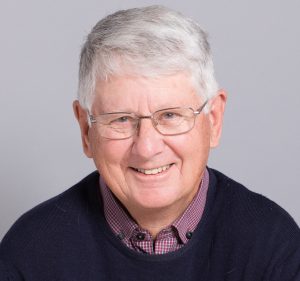 Councillor Peltzer Dunn was first elected more than 50 years ago, twice served as leader of Hove Borough Council and later as mayor of Brighton and Hove.

He was first elected in 1971 as a Conservative member of Hove Borough Council and spent two terms as leader in the 1980s. He previously represented the old Vallance ward but for the past 19 years he has represented Wish ward in Hove.

He was proud of the role that he played in the town twinning of Hove with Draveil, a community in the Essonne department, in the suburbs of Paris.

Before Brighton and Hove merged, he was among those to make use of the popular phrase “Hove actually”. And although he was Hove through and through, he was actually born in Newcastle-under-Lyme.

In May 2008, more than 10 years after the two towns merged, Councillor Peltzer Dunn was elected mayor of the city of Brighton and Hove for a year, with his wife Chip serving as mayoress.

She said: “He came to Hove when he was about five and he lived in Hove all his life. I’ve known him since he was six and I was five because we lived next door.”

After school, at Hove College, he became a chartered surveyor and worked for a number of estate agents locally, including Priors, Calloways and Ivan Taylor, before going into business by himself.

That was when Garry Dunn took his wife’s maiden name Peltzer and became Garry Peltzer Dunn.

Mrs Peltzer Dunn said that he retained his courtesy and good humour to the end, as he said his last farewell to his wife of 56 years and their two daughters Kate and Beth.

She said: “He was quite extraordinary (saying) this is the big goodbye.”

His daughter Kate said: “He was making jokes right up to the end. He said: ‘Enough’s enough. All’s well that end well.’

“This time last week he was doing his council work. He was the most amazing person. He was such a hard-worker – and stoic.

“He was an old-fashioned gentleman and I feel very privileged to be his daughter.” 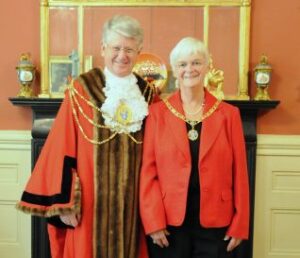 His colleague, Councillor Steve Bell, the Conservative group leader on Brighton and Hove City Council, said: “I’m devastated. He was a true gentleman and someone I took counsel from.

“I always used to describe him as my wise old owl. If I had a tricky problem, I would always turn to him for his advice.

“He was always very precise in his analysis and he often saw things that others didn’t. And if anything needed doing, he was often the first to ask if he could help.”

Councillor Nemeth said: “I am truly devastated by the passing of my friend and mentor. Everybody viewed Garry as a true gentleman with impeccable manners and a wonderful sense of humour. Our community will certainly feel this loss.” 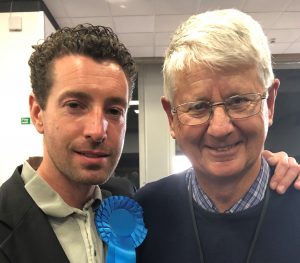 Among his other roles, Councillor Peltzer Dunn served as a member of the East Sussex Fire Authority, a trustee of the homeless charity Sussex Emmaus and on the Brighton and Hove Estates Conservation Trust.

Asked before the 2015 local elections whether he planned to run again, he said: “My dear boy, there are days when I can barely stand, let alone run.”

She said that his generosity extended to taking on a complaint made about Councillor Pissaridou to the council’s “standards” team at one point. 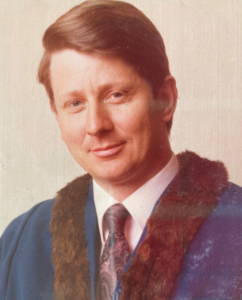 Garry Peltzer Dunn in about 1975

Councillor Pissaridou said: “I met Garry during the 2011 election campaign for Wish ward and he was one of the first to congratulate me when I won – and the first to commiserate when I lost four years later.

“He was the most generous and kind fellow councillor, with an absolutely wicked sense of humour and I always valued his advice and guidance.

“In late December 2012 when my husband Steve died, he was the first to phone me and I will always remember his words.

“He said, you will receive a brown envelope from ‘Standards’. Do not open it. I will deal with it. And he did. That was the measure of the man.

“He was a kind man, of great integrity and good humour. I will miss him enormously as will the residents of Wish and the city. My sincere condolences to Chip and family.”

She added that he had recently taken to giving her a hug when they met in the town hall chamber or in the street.

It was not the first time that he showed kindness across party lines. He was ostracised for a while by some Tory colleagues after nominating Labour councillor Les Hamilton Snr for mayor in his Hove Council days.

“Among the many exceptional things he did in his mayoral year was confer Honorary Freeman of the city on Henry Allingham, Britain’s oldest man who was recognised for exceptional service during both World Wars.

“When I was first elected, his reputation as a former leader preceded him, but he always had a way of ensuring that the political never became the personal, a skill we would all do well to learn.

“With a twinkle in his eye, Garry always put the people he represented first – and was kind and supportive to councillors from all parties and none.

“Punctilious and to the letter to the last, Garry was renowned for his at-first obscure, detailed questions, whose punch soon became clear. He also had a penchant for telling you when you’d not even remotely answered the question.

“But he also was never shy of celebrating when the city – more accurately, Hove – won something. I know he did this with passion for the Kingsway to the Sea project which is one of the projects we’d both been working on before his untimely death.

“He held power to account with a form of grace and decency. I am confident he will be sorely missed by councillors from all parties.”

The Brighton and Hove Conservatives said: “Garry served as a councillor in Hove over an incredible timespan of 50 years, standing for the Conservatives in 15 consecutive local elections from 1971 to 2019.

“Highly respected and much loved by his colleagues, Garry was elected leader of the Conservative group on a number of occasions and also served as deputy leader many times.

“He was the leader of Hove Borough Council from 1987 to 1991, elected mayor of Brighton and Hove City Council in 2008 and most recently served on the East Sussex Fire Authority.

“The thoughts of everyone are with Garry’s family at this time including his wife Chip.”

Labour councillor Les Hamilton, who first started serving on the council with Councillor Peltzer Dunn half a century ago, said: “Garry and I were members of the new Hove Borough Council that was created half a century ago and have served together for most of the time ever since.” 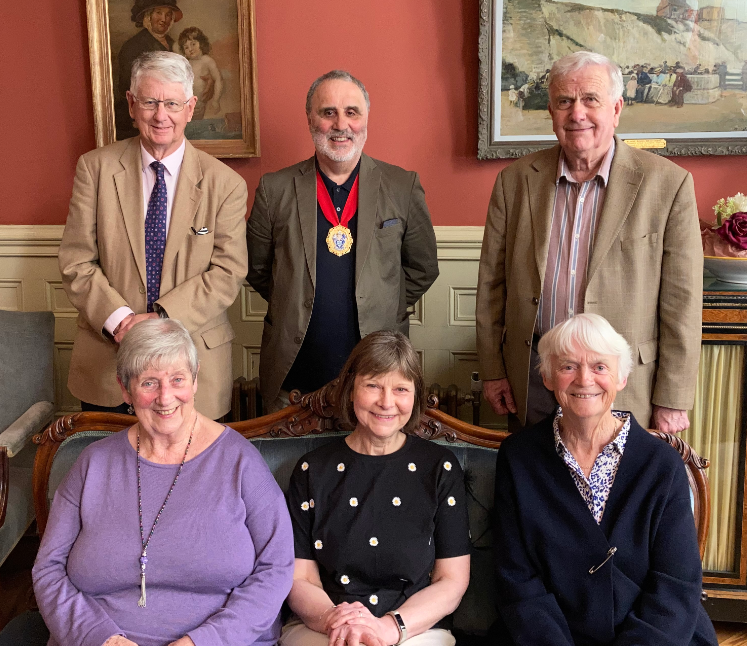 Councillor Hamilton said: “Garry was the leader of Hove Council for four years and mayor of Brighton and Hove. He also served for many years on the Hove-Draveil Twinning Association.

“Having known Garry for so long, this sudden passing has come as a great shock. He will be greatly missed by all those who have served with him over the many years of his service to local government.”

Former Labour council leader Daniel Yates said: “Garry was an outstanding servant of Hove and the wider city for more than 50 years.

“His deep understanding of the processes of local government and his attention to detail was legendary.

“He was a true gentleman and didn’t let party political disagreement get in the way of being a thoroughly decent and hard-working local councillor and his ward residents, family and friends have lost someone truly remarkable.” 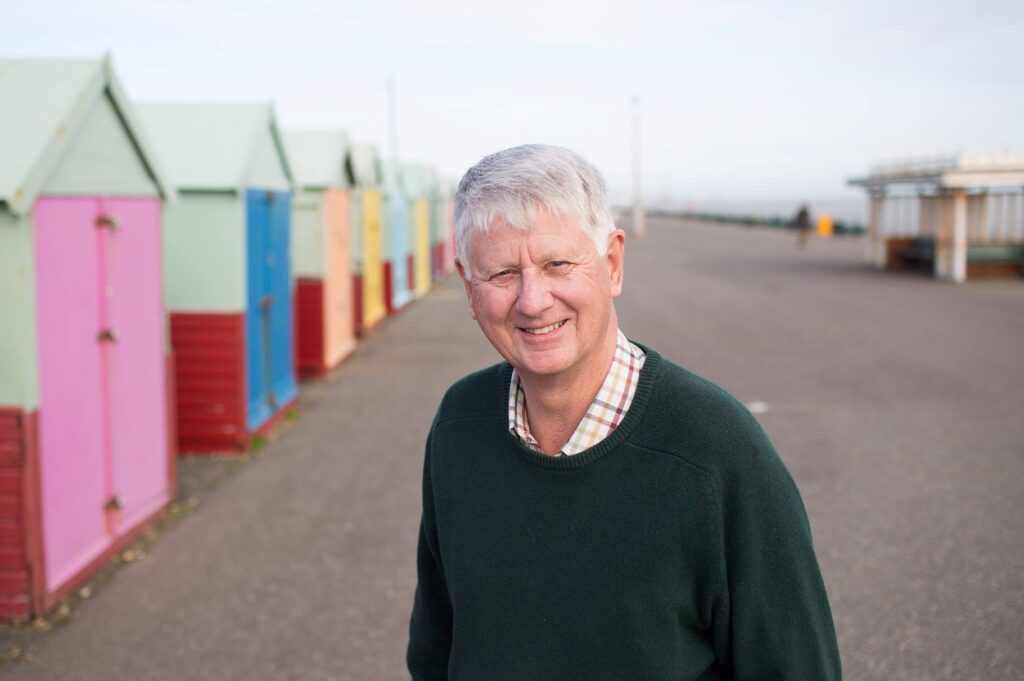 “Our thoughts and prayers are with Garry’s friends and family and we offer our condolences to all who are feeling this sad loss.

“Councillor Garry Peltzer Dunn served his ward and our city with distinction for many years, was a hard-working and genial representative and he will be greatly missed by all who encountered him.”

Labour co-leaders, Councillor Carmen Appich and Councillor John Allcock said: “We are shocked and saddened at the loss of Councillor Garry Peltzer Dunn.

“Garry was a true gentleman, who was a shining example of being able to debate agreeably with colleagues from across the political spectrum.

“He treated councillors of all parties and none, officers and residents alike, with respect and courtesy, and he worked tirelessly for his local residents and in service of the city for half a century.

“We will miss his presence, his calmness, his humour and his good nature in the council chamber. Brighton and Hove has lost a dutiful public servant and a good man.”