A developer has lodged plans for a £14 million five-storey block of flats to be built on the site of a car repair workshop in Hove.

The planning application was submitted just over five years after Brighton and Hove City Council approved a similar scheme subject to conditions.

But the previous permission expired so work never started at the site – the Portslade Panelworks premises, in Orchard Gardens, Hove, on the corner of Nevill Road.

The owners John Chambers, 63, and Paul Chambers, 62, submitted the previous application in 2016, having run their business on part of the old Lucas site since 1990.

They want to demolish the workshop and build a five-storey block of flats, with a basement. Most of the flats would have one or two bedrooms, while four would have three bedrooms.

The applicants said: “As was the case with the earlier application, the current occupiers, Portslade Panelworks, are relocating from the site further to a history of complaints based on traffic noise and parking and to expand operations.

“The site therefore offers an opportunity to deliver much-needed housing on a sustainable brownfield site.”

The car repair business employs 12 staff but the scheme is intended to provide commercial space for 25 employees.

The applicants added: “The proposal does not include affordable housing, due to the viability of the scheme.”

The scheme is expected to generate more than £600,000 in “developer contributions”, mostly resulting from the “community infrastructure levy”.

The applicants also said: “The proposed five-storey building will significantly improve the street scene by replacing an unsightly car workshop with an attractive contemporary development.

“The existing buildings within the site are low quality and the current boundary fencing provides a defensive frontage to the detriment of the wider street scene.” 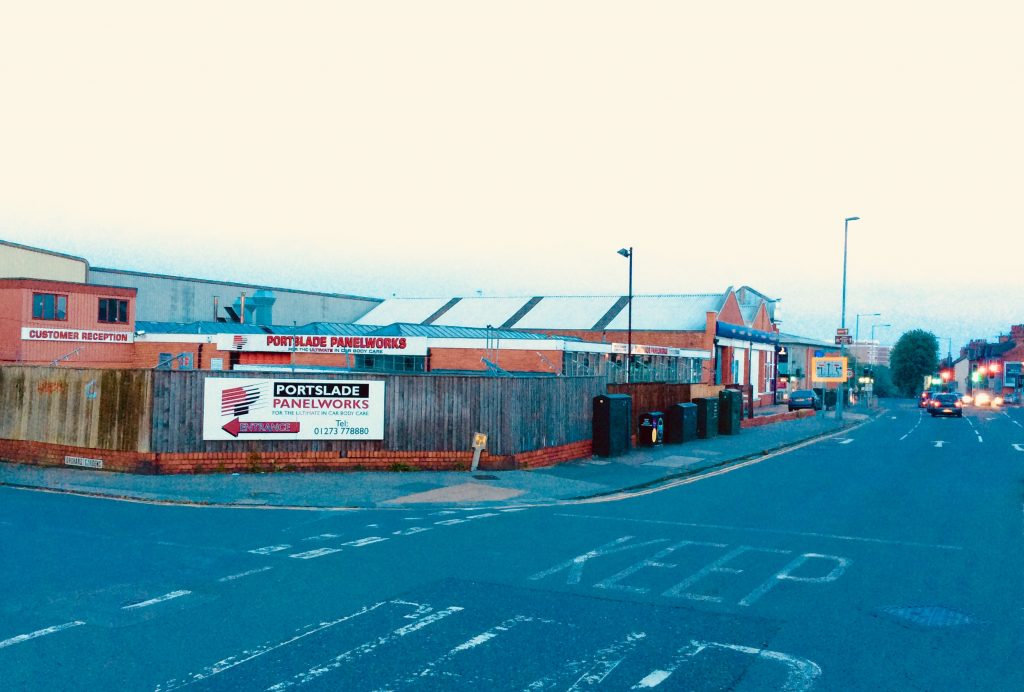 To view the plans or to comment, visit the planning portal on the council’s website and search for BH2022/02821.