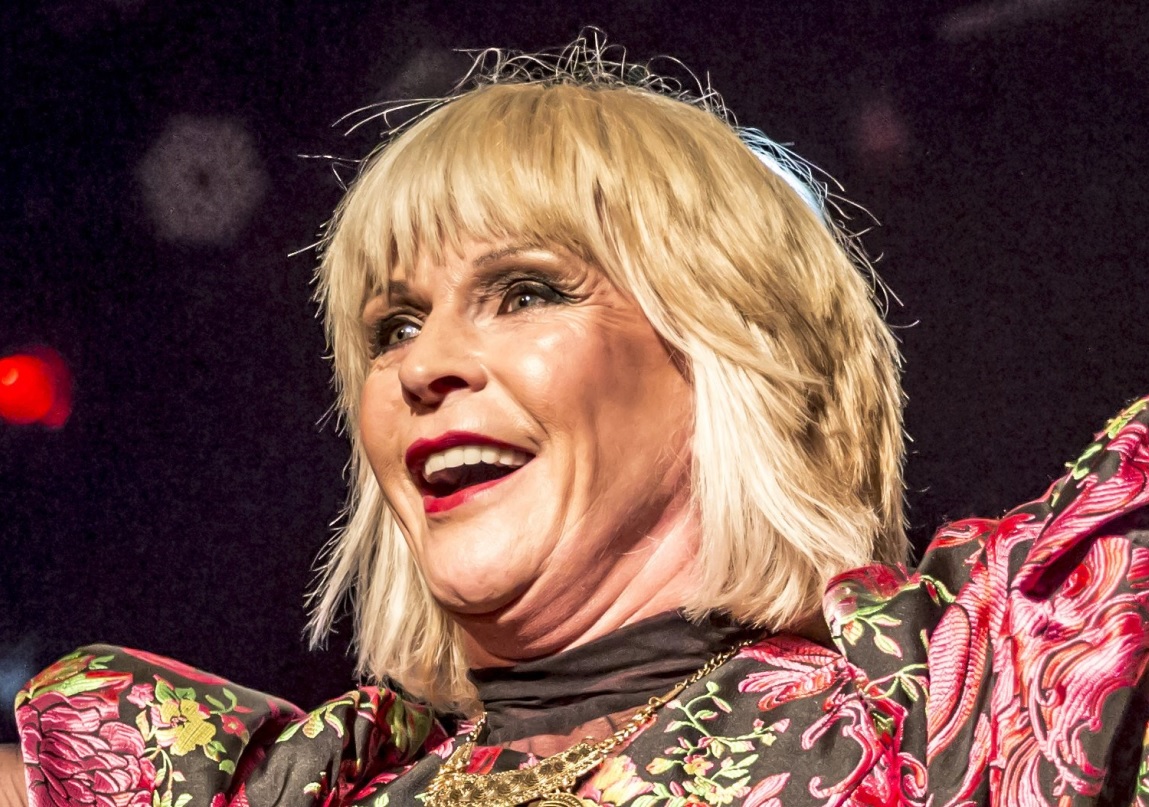 It was a quick dash on Friday for me across the city from Resident Records (seeing Sorry’s instore album launch) to Concorde 2 and across four decades to see Toyah performing tracks from her album ‘Anthem’, courtesy of local promoters Black Rabbit Productions. 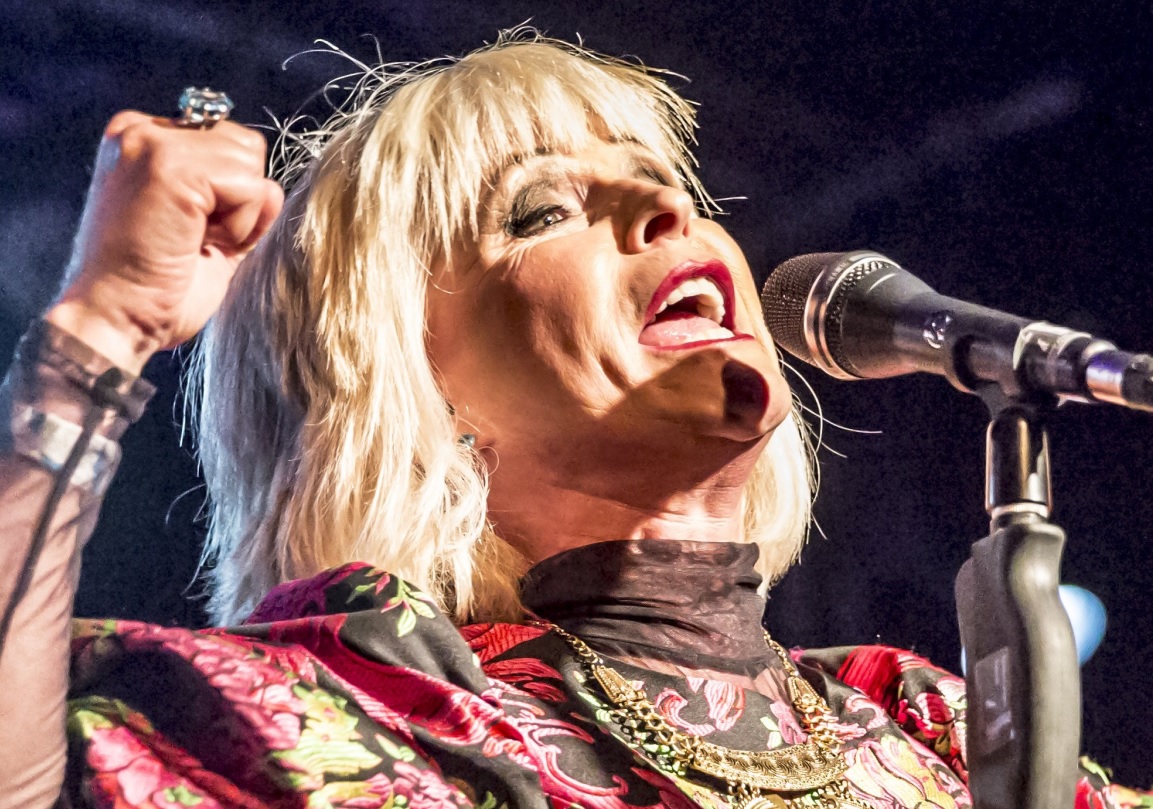 ‘Anthem’ released in May 1981 was Toyah’s biggest selling album going gold shifting more than 100,000 copies in the UK and peaked in the charts at number 2. The iconic album cover showing Toyah as a fairy with wings was used as the backdrop to the stage set. 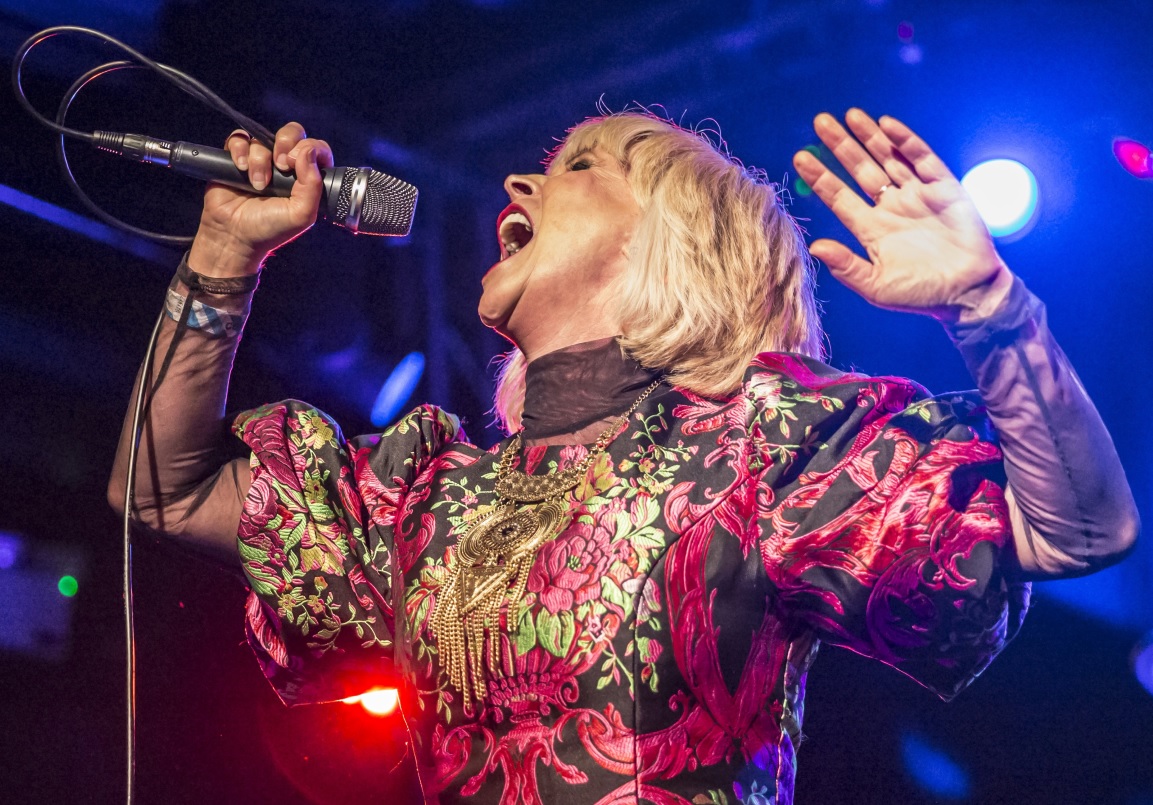 There was a good-sized crowd gathered for Toyah and her band to come on stage at 8.30pm. As is common with a lot of bands with such a key front person, the musicians came on stage first and the star of the show Toyah, then made her entrance. 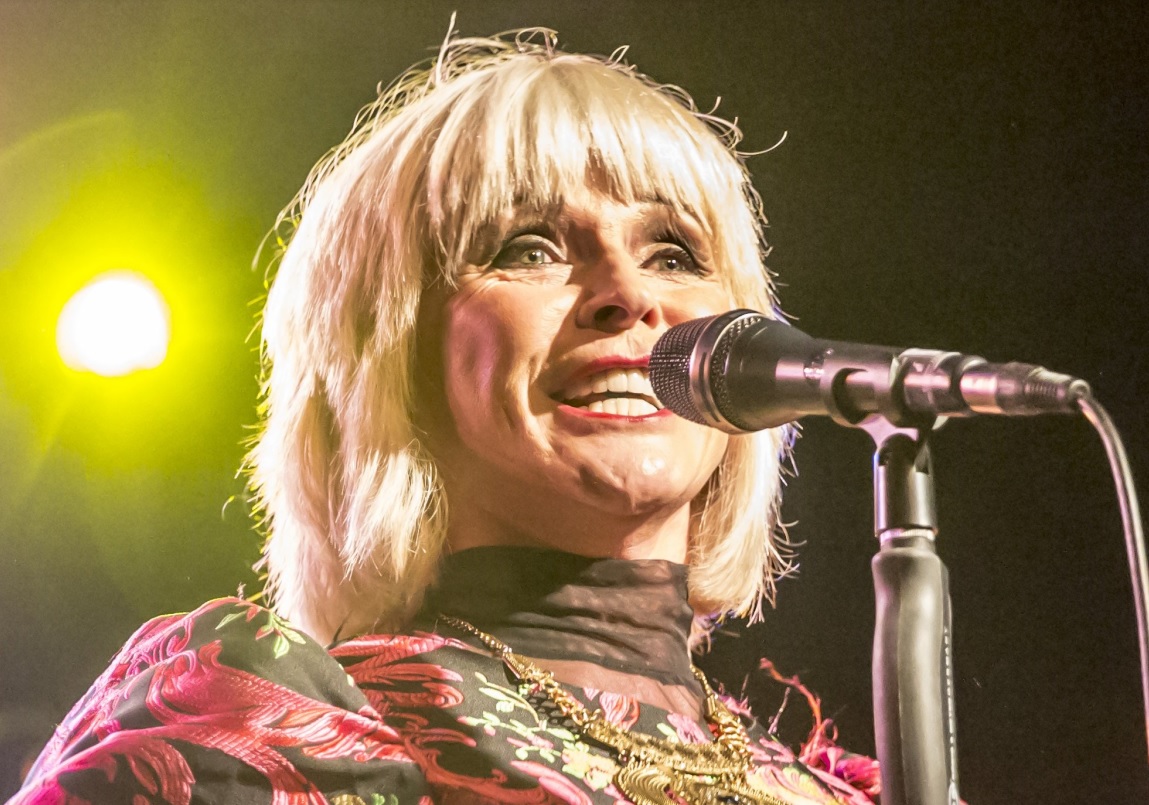 For reference, Toyah’s trademark flaming red/orange hair of the album cover picture has been toned down to blond these days. But that was the only thing that she’s appeared to have toned down. There was a lively start to the 19-song set with two of her biggest hits ‘Thunder In The Mountains’ and ‘Good Morning Universe’. This set the tempo for the rest of the evening. 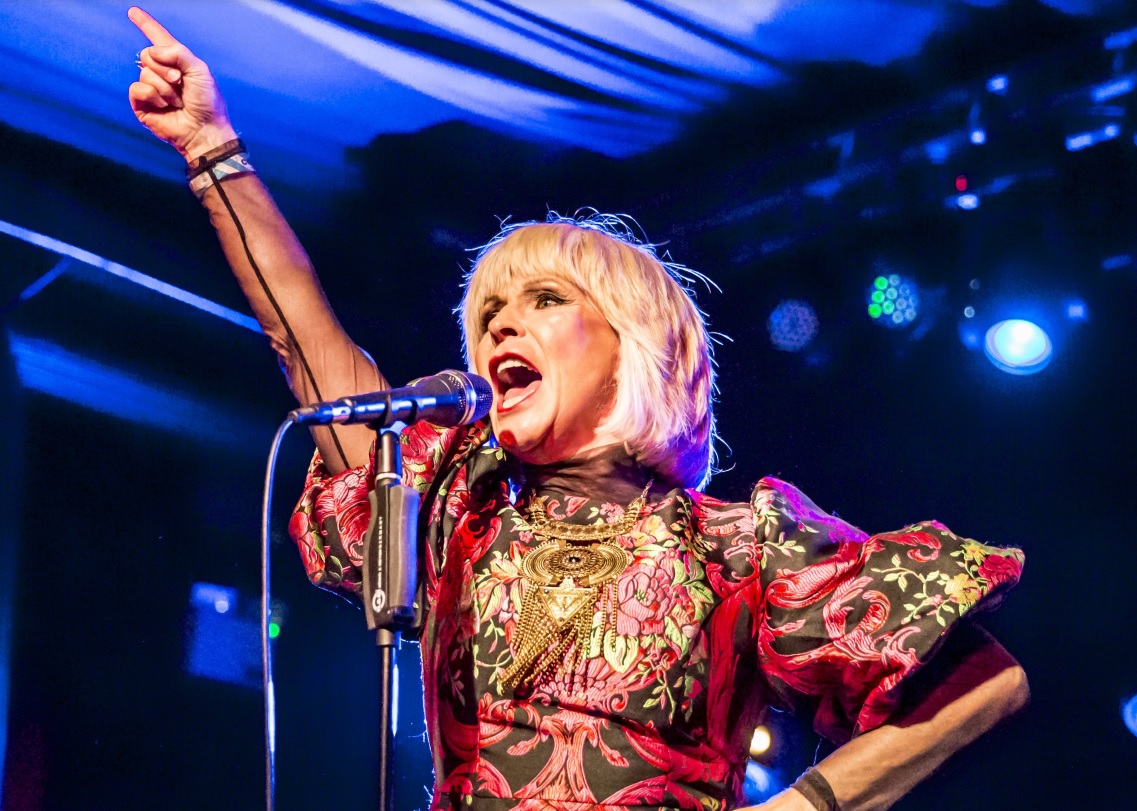 Toyah couldn’t come to Brighton without mentioning her appearance in the cult mods ’n’ rockers film ‘Quadrophenia’, in which she played Monkey. The set was scattered with many anecdotes from Toyah’s long singing and acting career dating back to 1978. These included reminiscing about shows back in the late 1970s and early 80s at places like The Rainbow (now a church) and the Hammersmith Odeon (now known as Eventim Apollo). 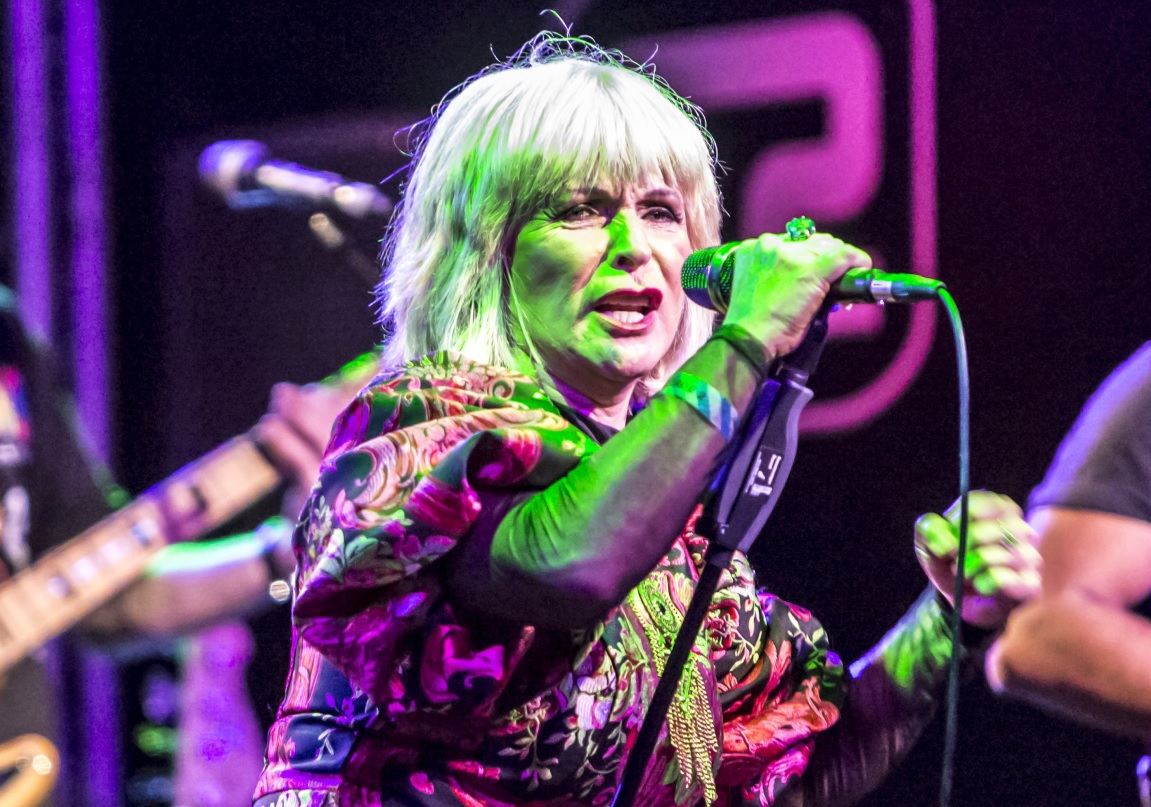 As expected, most of the set was taken from her most successful period in terms of record sales in the early 1980s. There were also tracks from the start of her career such as ‘Neon Womb’ which was introduced as “Now we’re going right back to the start”, as well as the more recent songs from her ‘Post Pop’ album released only last year. This included a strange tale of how she tried to teach her husband, Robert Fripp, founder and guitarist of the prog rock group King Crimson, how to dance the twist during lockdown. It didn’t sound pretty. 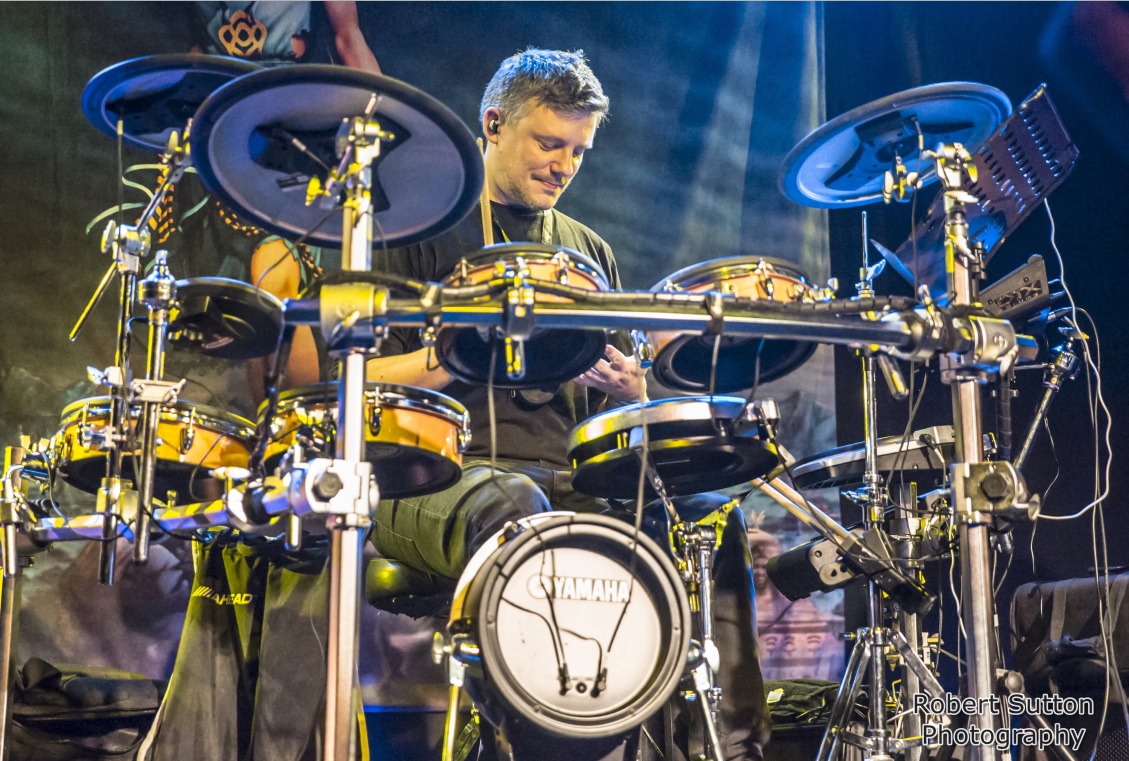 In between Toyah’s own original material were three cover versions, two of which she has released as singles, ‘Echo Beach’ by Martha and The Muffins and ‘Slave To The Rhythm’ a Grace Jones cover. The other cover ‘Rebel Yell’ by Billy Idol was used as a cheeky reference to Toyah supporting him on his arena tour this October. As she said, “We have to play this now, as we’d never get away with playing next week opening for Billy Idol.” 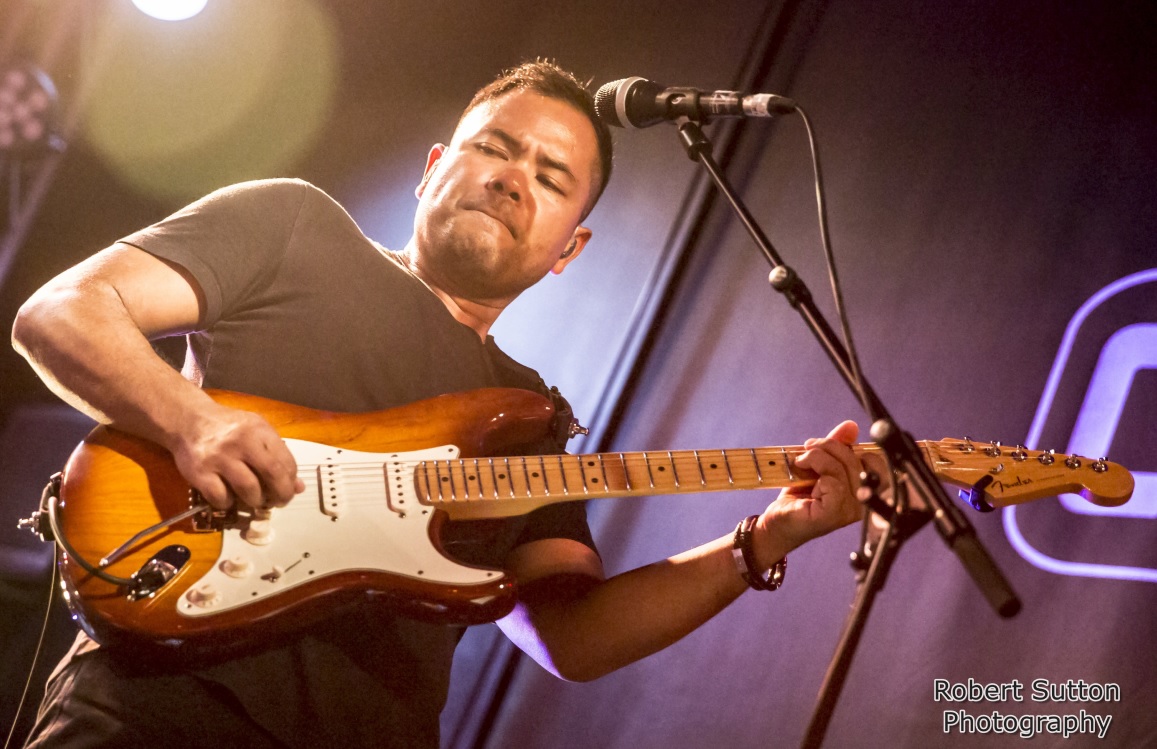 While the big hits got the best response from the audience both in terms of singing along and recording on mobile phones, it’s fair to say that the vast majority of the crowd lapped up every song and story in Toyah’s 90-minute plus set. 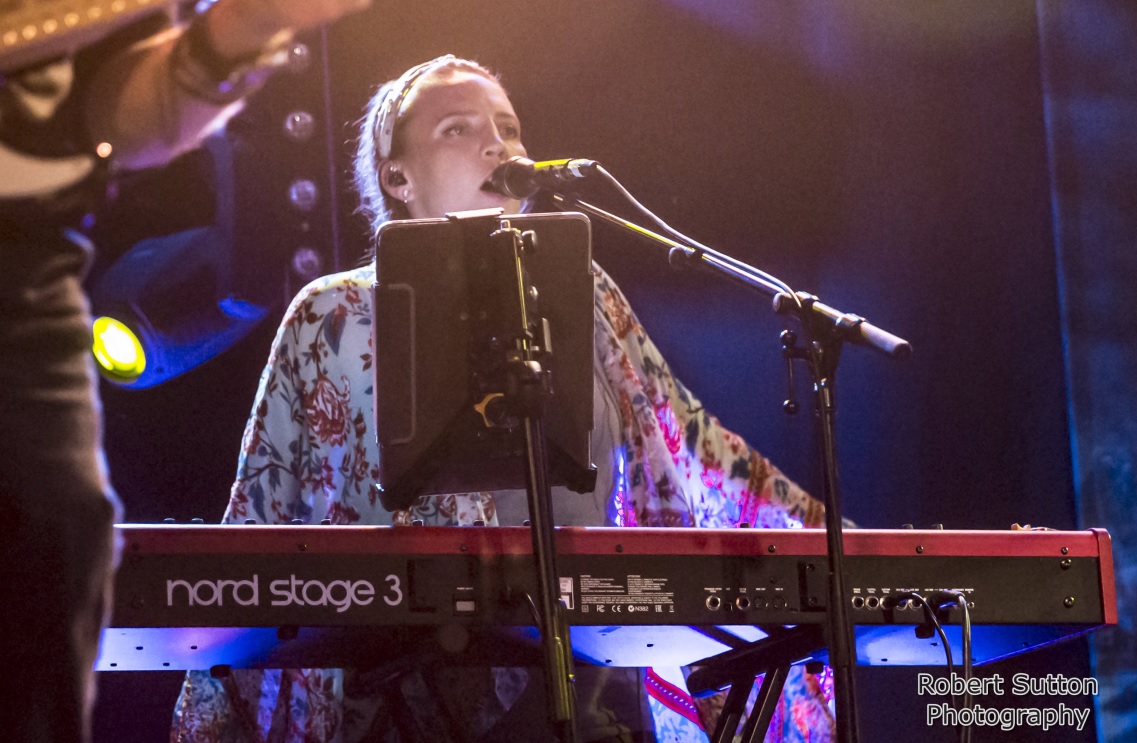 With a curfew set for 10pm, and Toyah having just asked the audience for a time check, many thought that ‘I Want To Be Free’ was going to be the big finale. The 64-year-old Toyah Wilcox is still a bit of a rebel, as she and the band finished with ‘Ieya’ at the defiant time of 10.05pm. 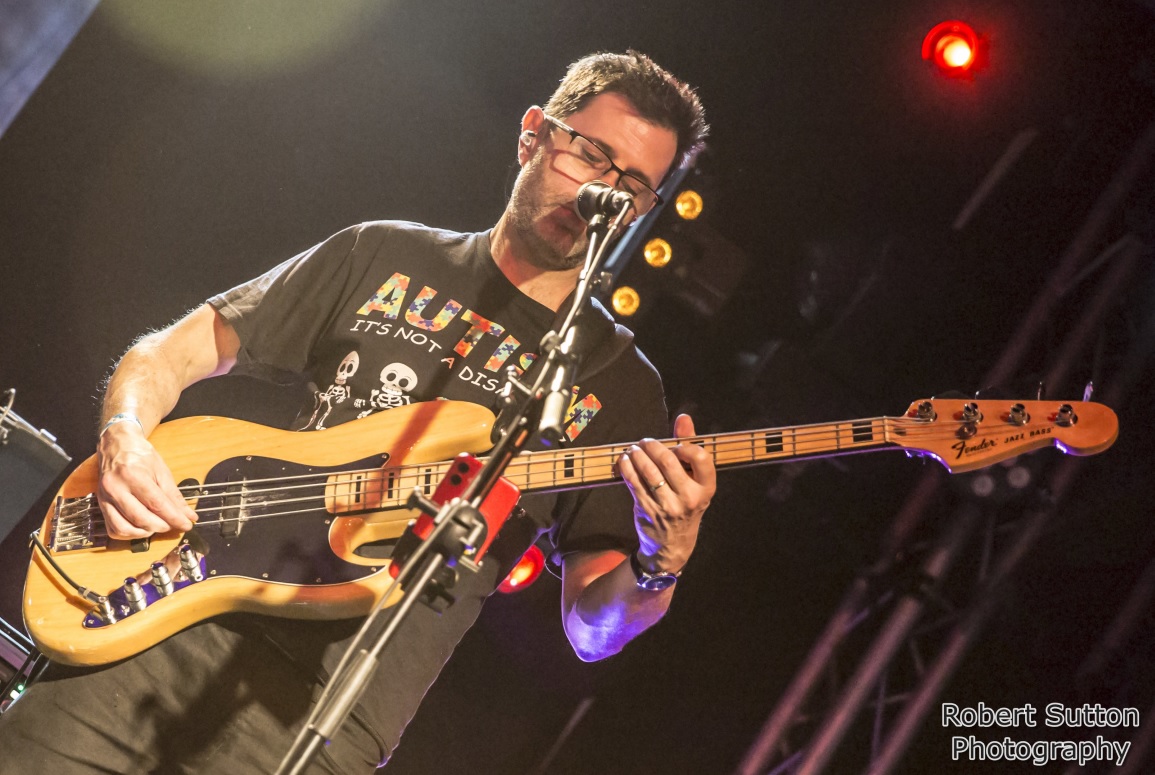 This was the first time I’d seen Toyah play live, so I can’t compare her performance now with her early days, and probably shouldn’t anyway. I was impressed with her energy levels, theatrical performance and powerful vocals. Toyah, at the age of 64 (a fact she mentioned several times throughout the set), knows how to play the crowd and has a great rapport with her fans, not to mention an impressive back catalogue of hits, resulting in a good evening’s entertainment. The audience at Concorde 2 on Friday, both those seeing Toyah for the first time, and those who’d seen and followed her live over the last 40 years ago, all seemed more than happy with Toyah’s concert. 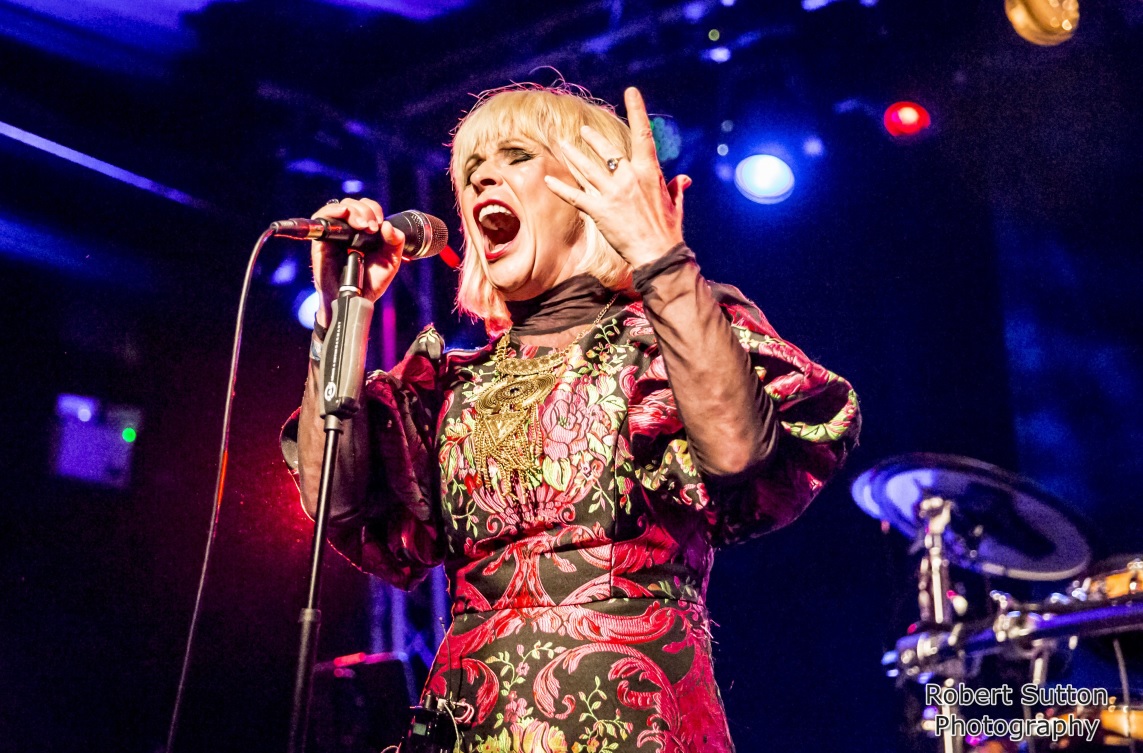 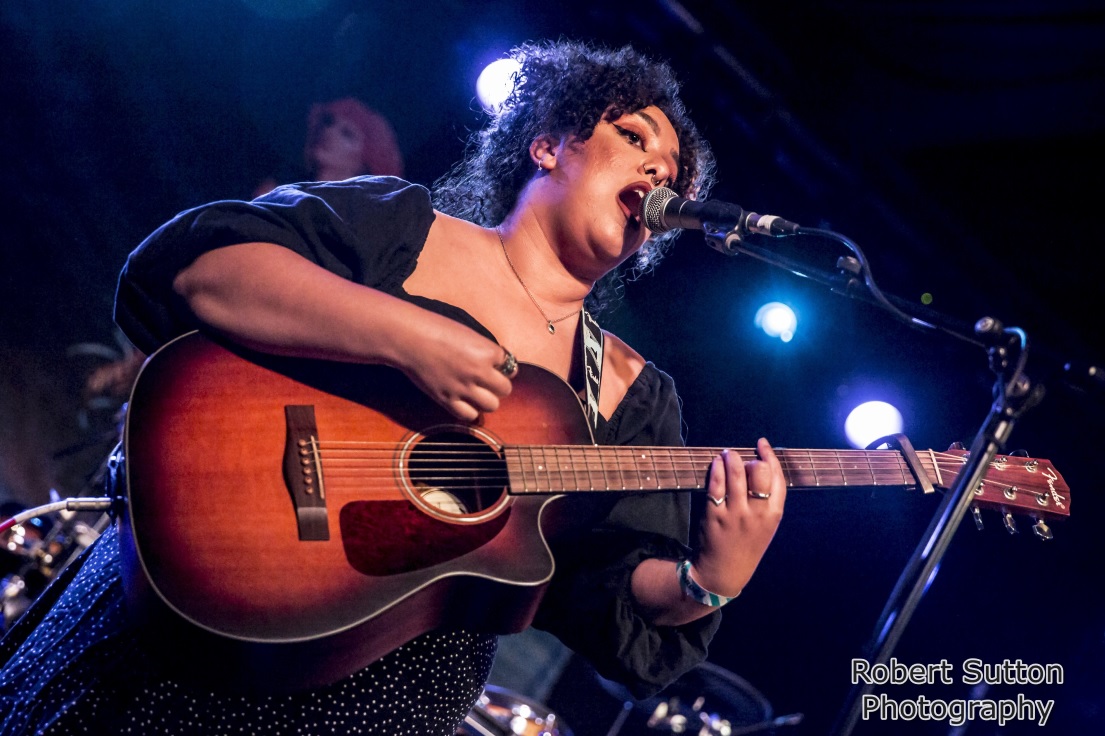 Support this evening came from Currls who are an indie Garage Rock trio (now) from Brighton. They formed in 2017 and have slowly but surely been making a name for themselves. 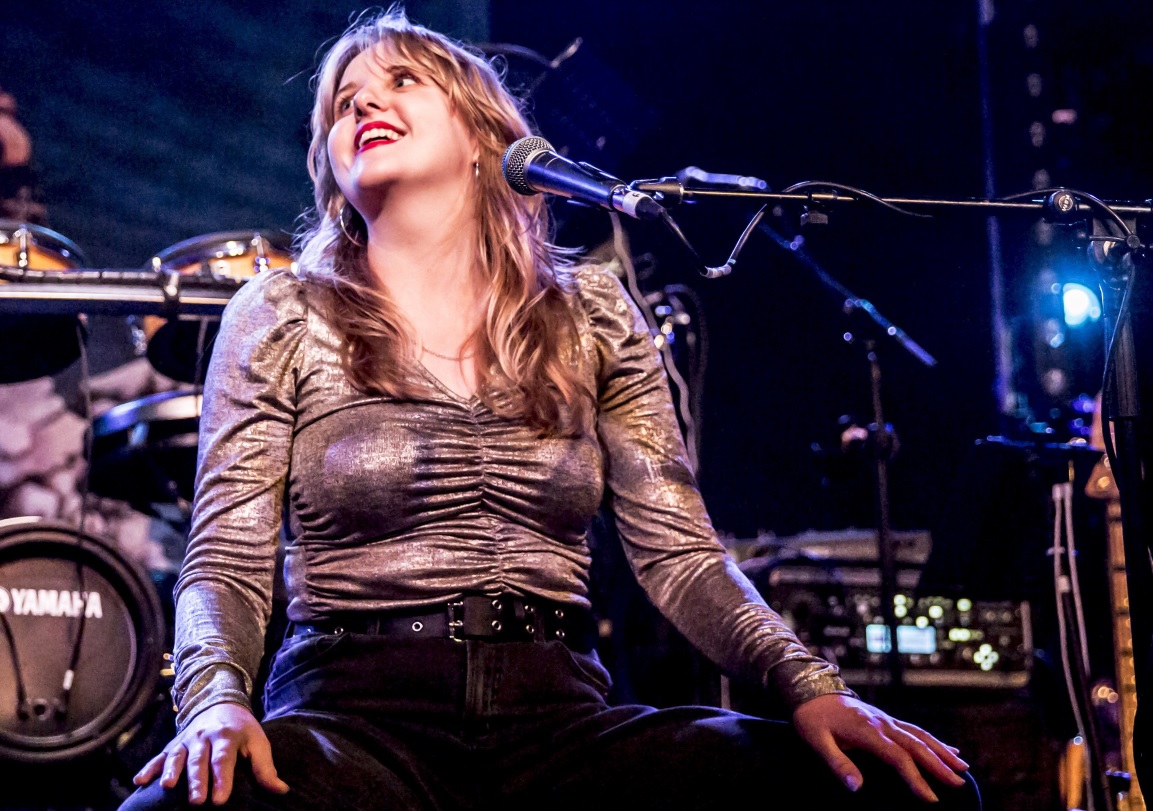 They kind of mix it all up with some pop, punky and garage sounds. It is quite an addictive noise they put up. They have appeared on BBC Radio 1’s ‘Huw Stephens Introducing’ show and also caught the attention of BBC Introducing’s Melita Dennett, who hunted them down after hearing them at The Great Escape Festival. 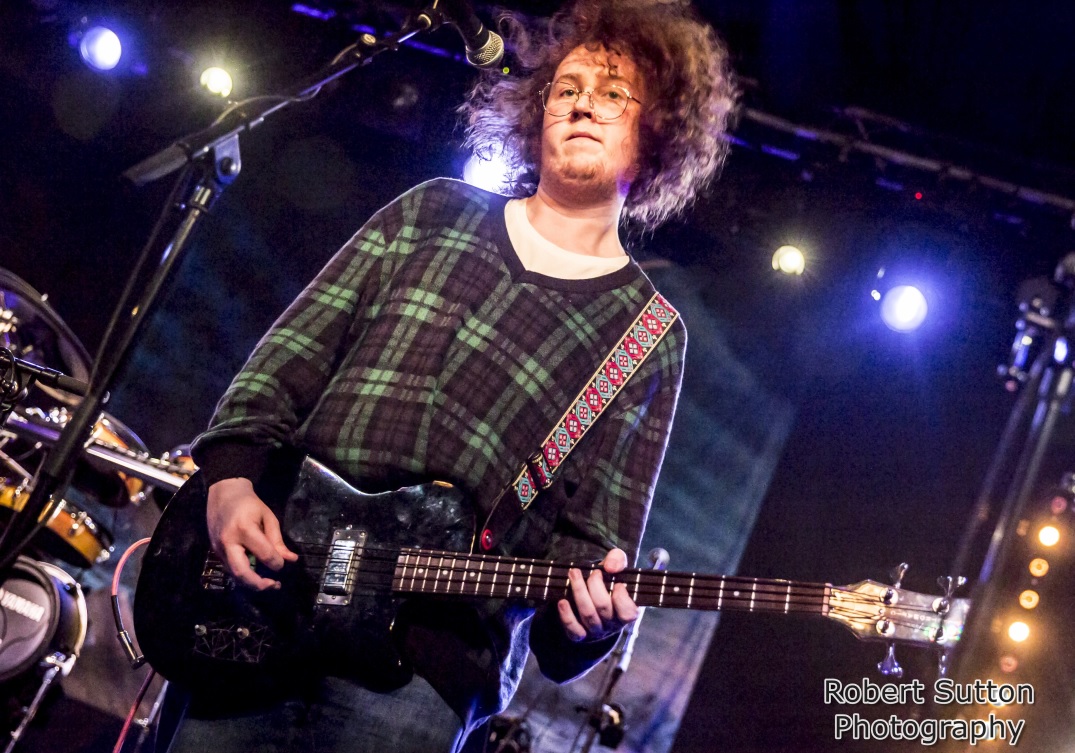 Currls are definitely an outfit to watch out for. They put down a cool, but short set in the Concorde 2 as guests of Toyah. They opened the set with a rocky little tune, ‘Honey’. 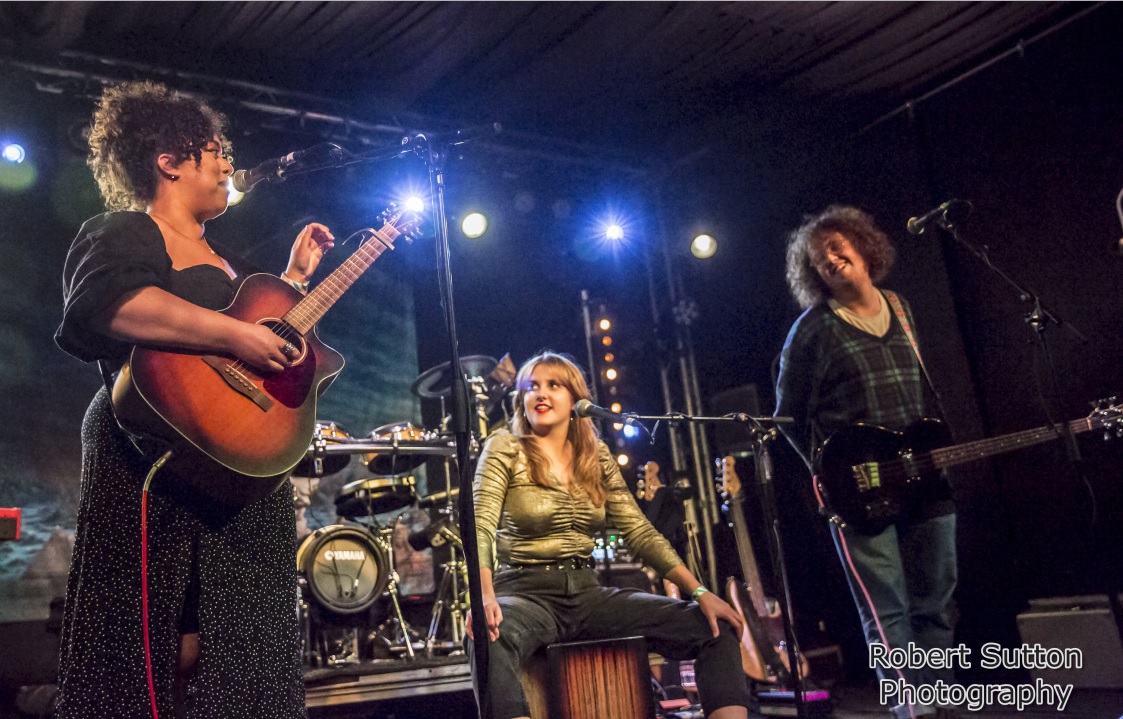 The crowd for Currls was pretty large considering it was so early for them to play due to the Concorde 2 curfew. 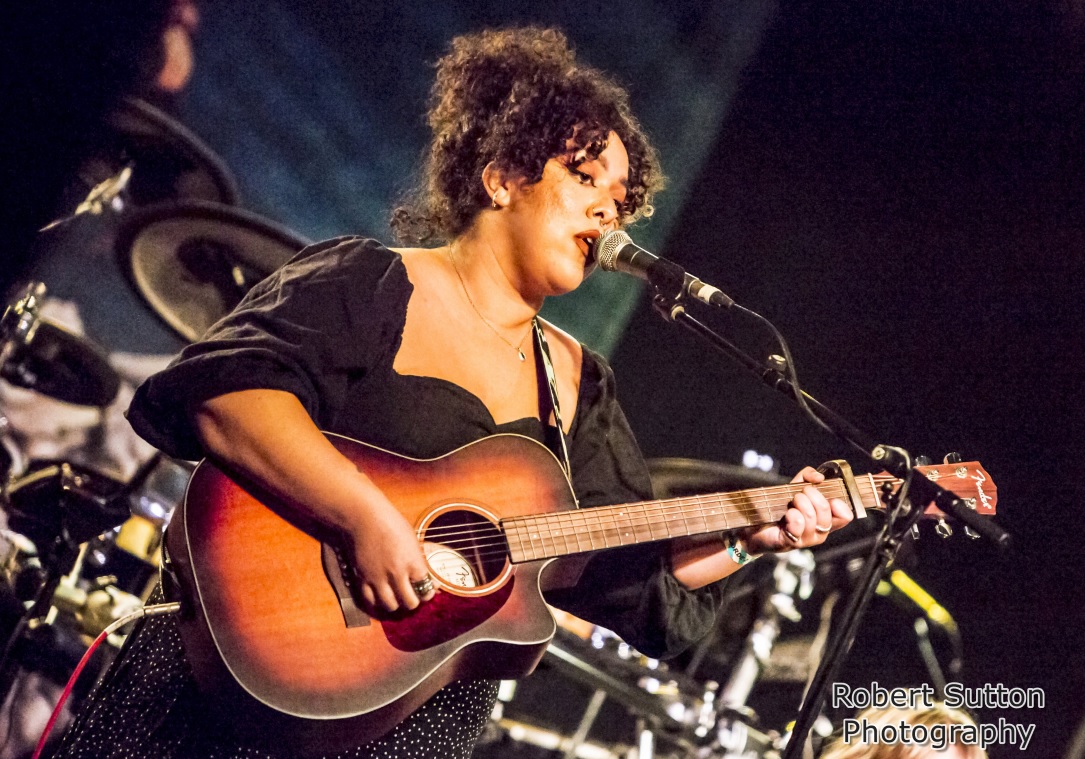 The acoustic guitar, bass and Cajon all worked well giving a good authentic sound, we had two of their soundcloud releases in the set, the first being the cool rockin’ ‘Let Down’. An infectious tune with a great chorus line. It was more of an acoustic show tonight, and so the songs sounded slightly different, but still good, and had the crowd bumping along. We also had ‘April Fool’, a song packed with great lyrics and again that guitar hook pulled us in. 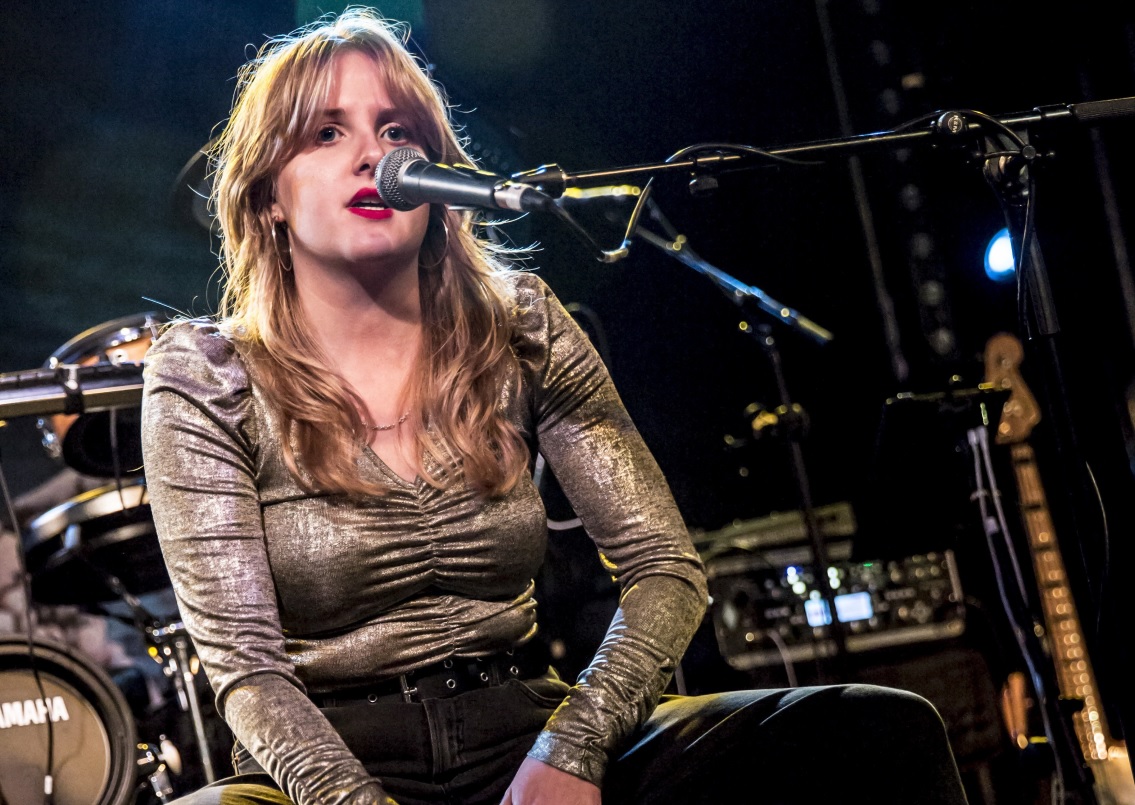 The sounds of guitar, bass and Cajon and sumptuous vocals combine to take complete command of the room. They pulled in a fabulous round of applause as the set closed, and deservedly so. 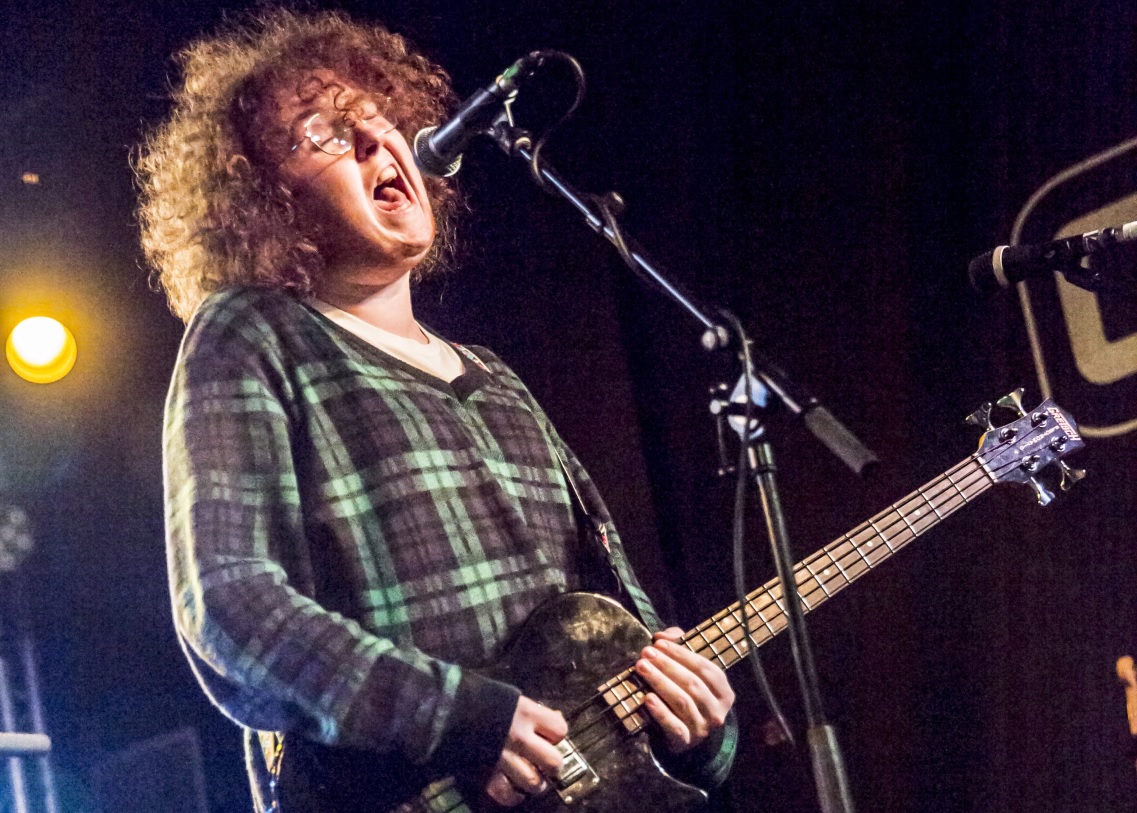 Currls as we discovered are an endearing outfit, and they are damn catchy too! This set was short, but oh so sweet. Currls are a joy and fun to watch and see play, and I think the Concorde 2 crowd we’re all the better for seeing them. They have a date at The Hope & Ruin on 24th November for their debut ‘Hello, My Name Is’ EP launch. Purchase your tickets HERE. I seriously recommend you go see Currls live. 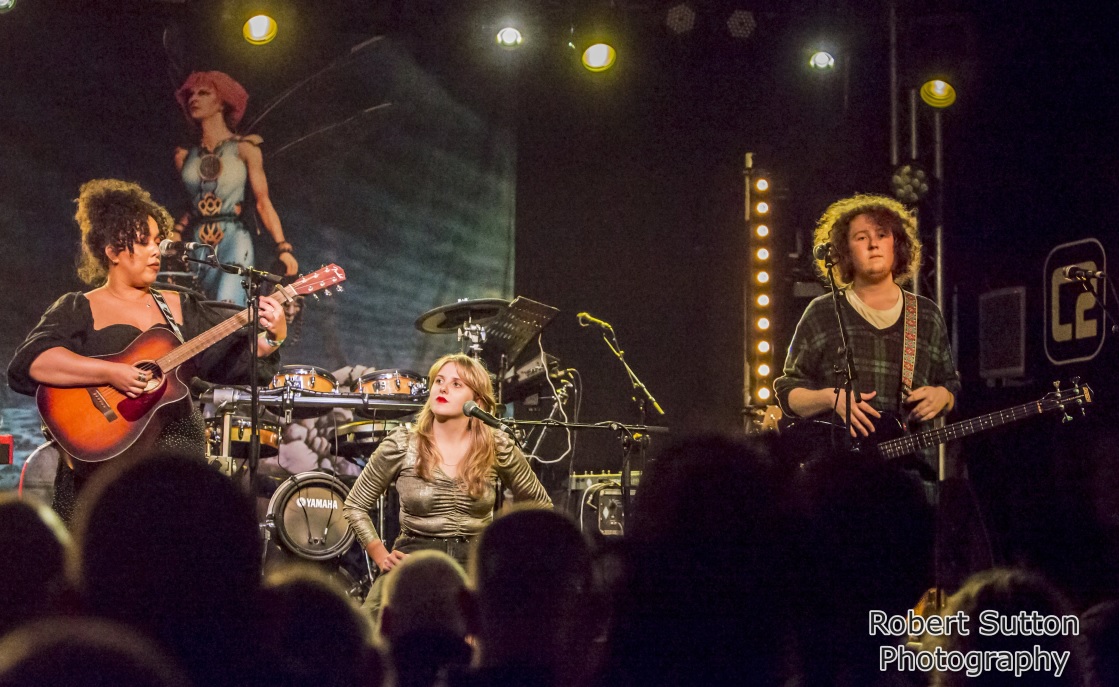 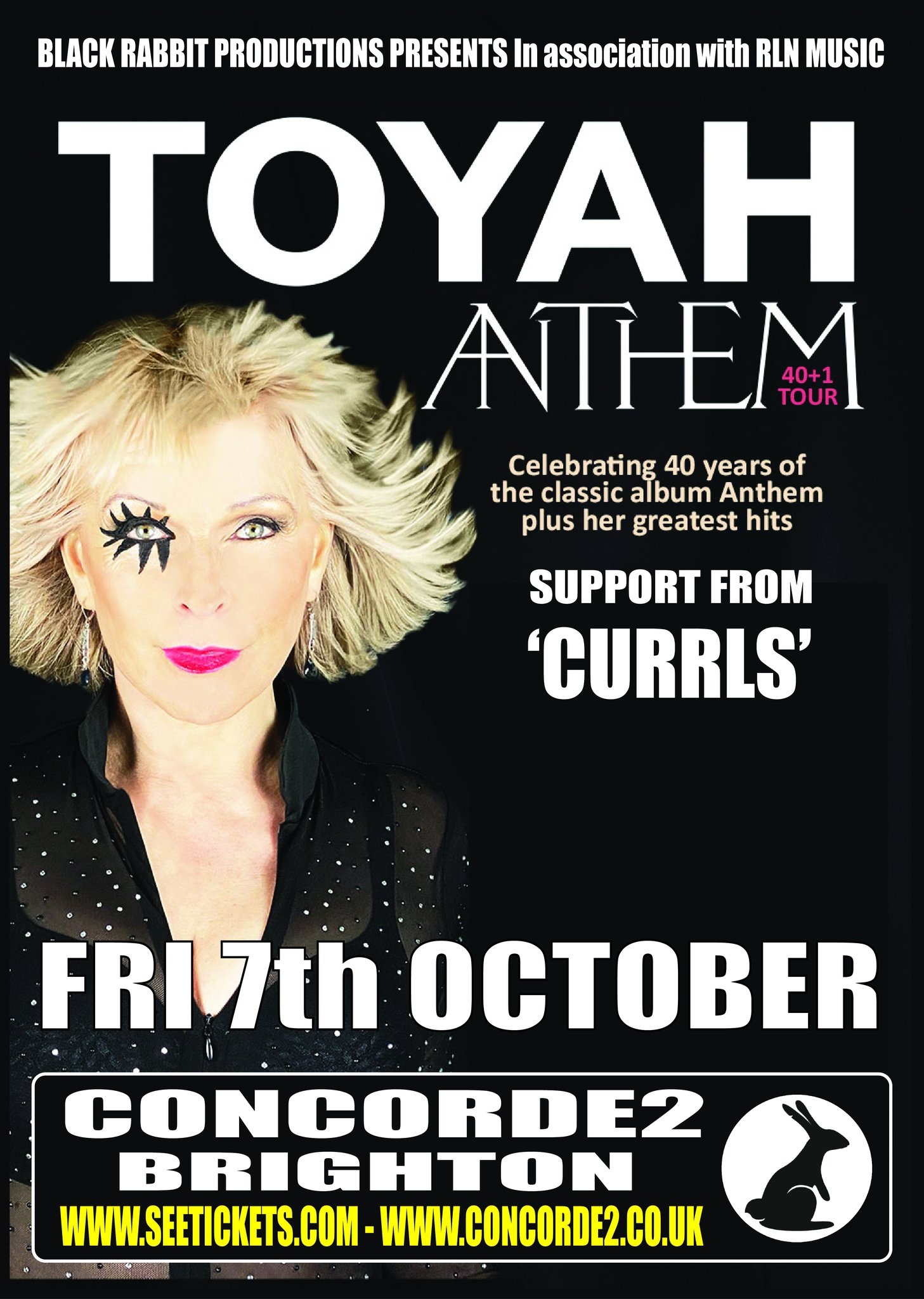 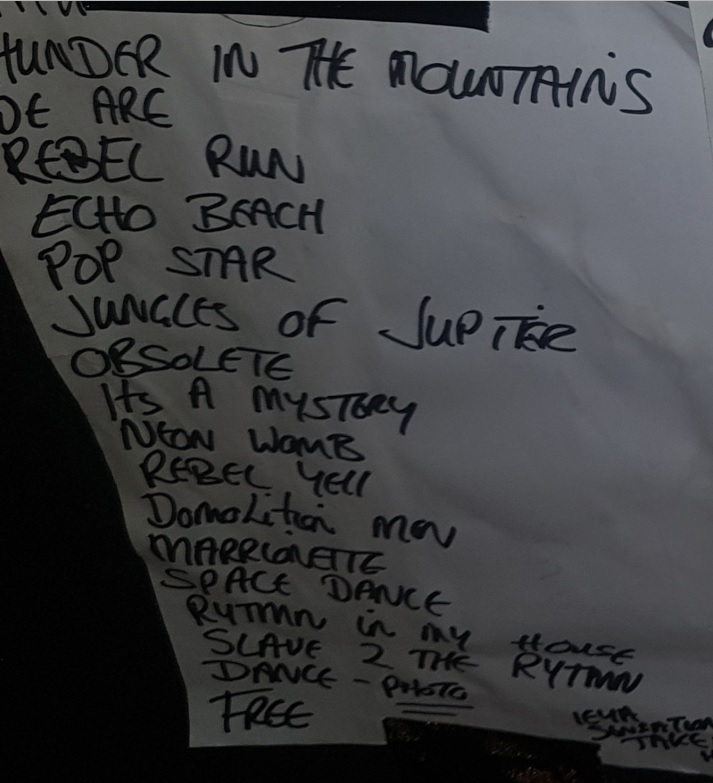 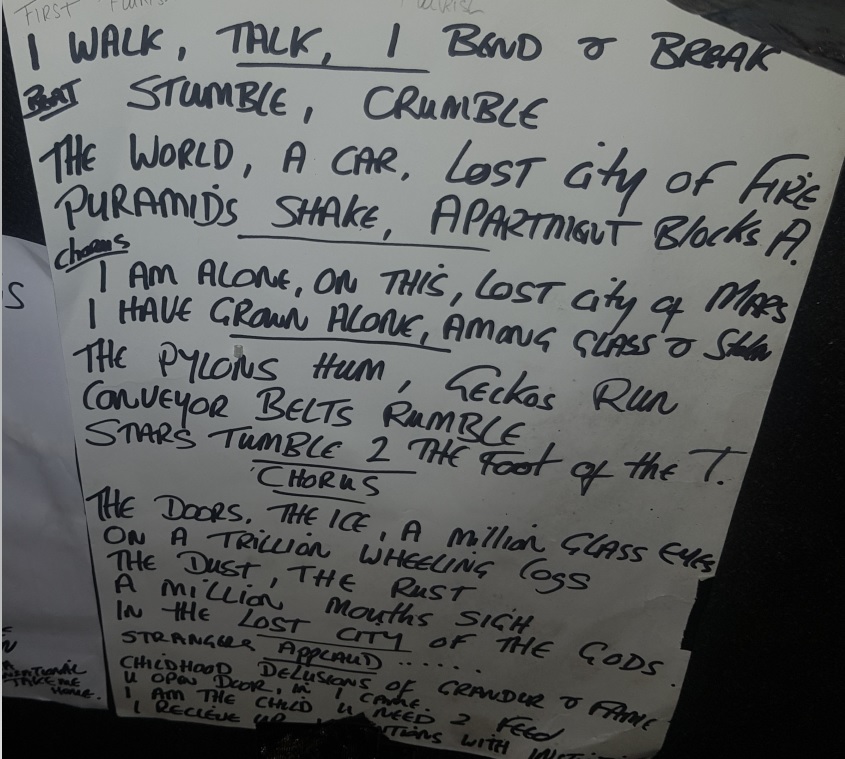 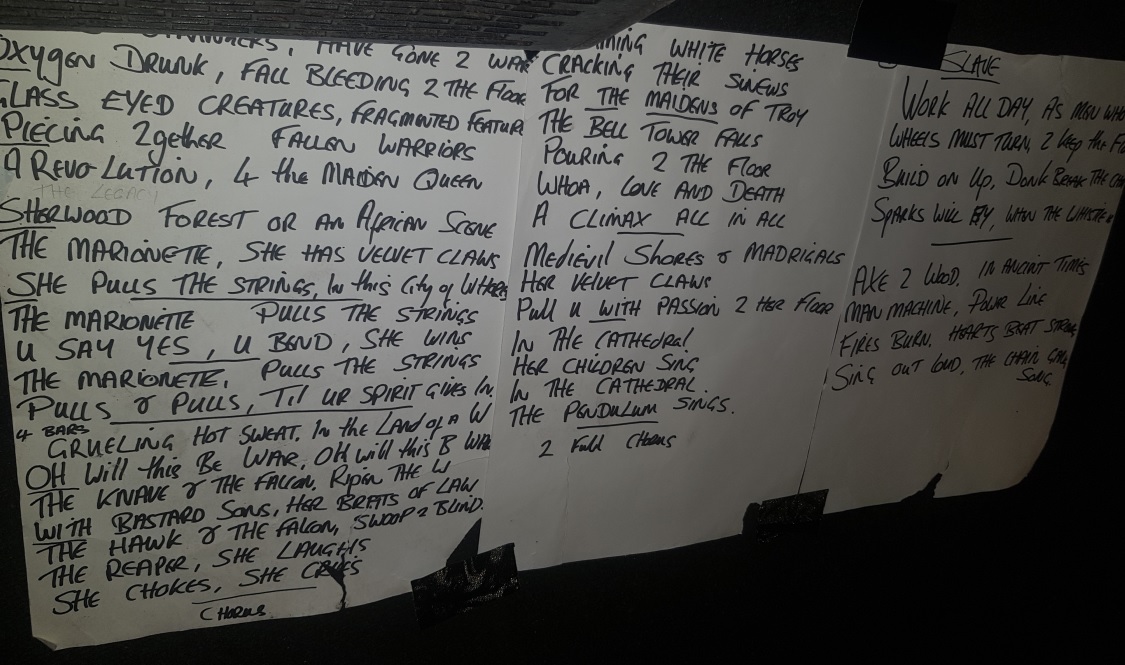