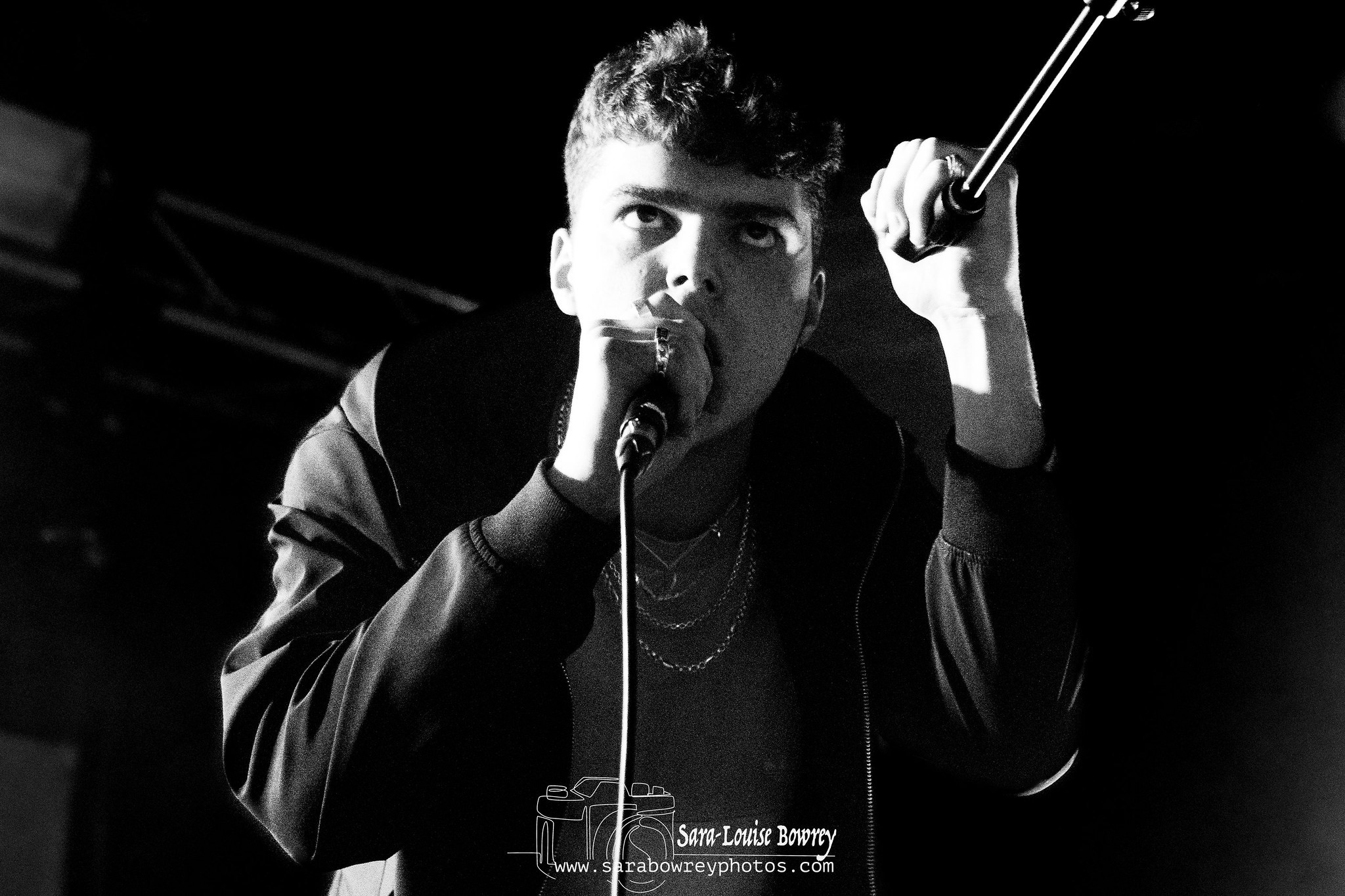 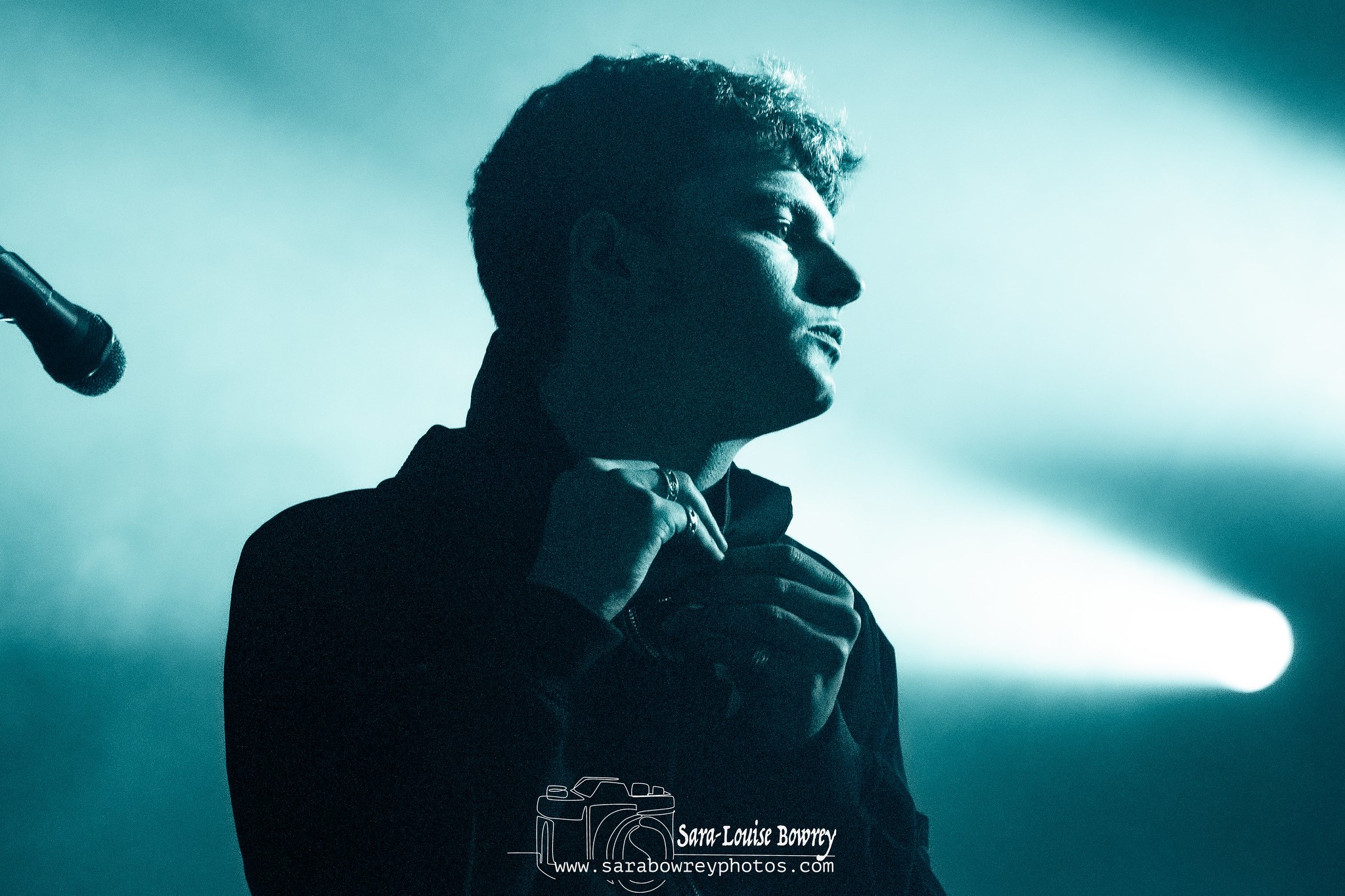 Their self-titled 47 minute debut album hit the unsuspecting world on 2nd October 2020 and I have been playing my copy ever since, along with the arguably even finer single sided 12” Megamix that preceded the LP on 29th August 2020. 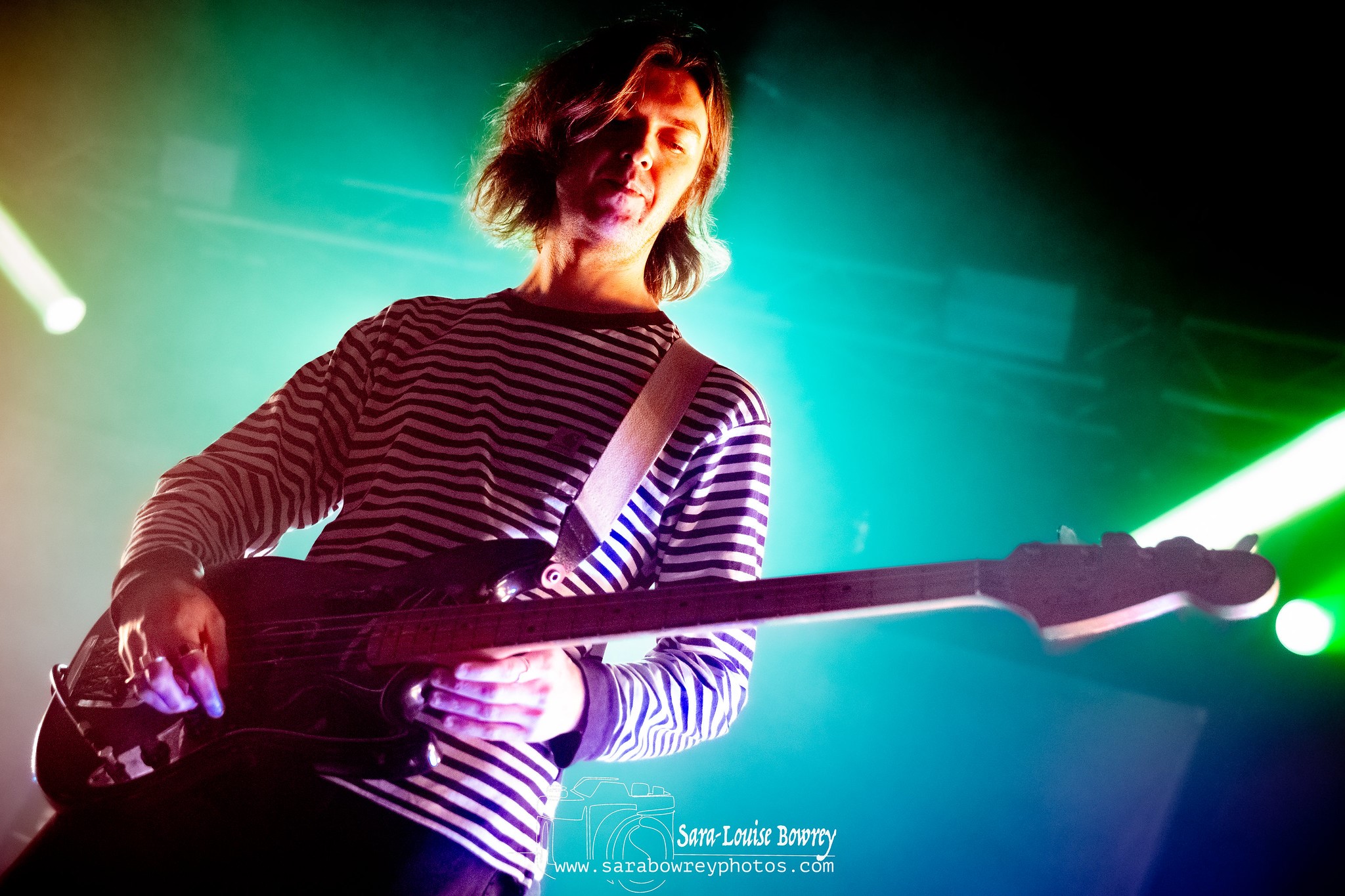 Wind the clock forward to 2022 and Working Men’s Club announced that they were not only performing live at The Great Escape in Brighton in May, but that they were dropping a brand new album titled ‘Fear Fear’ on 15th July and that they would be playing a Resident music outstore concert at the Komedia Brighton just a handful of days after its release. “I had better cane the album from 15th to 19th July then” I thought to myself! 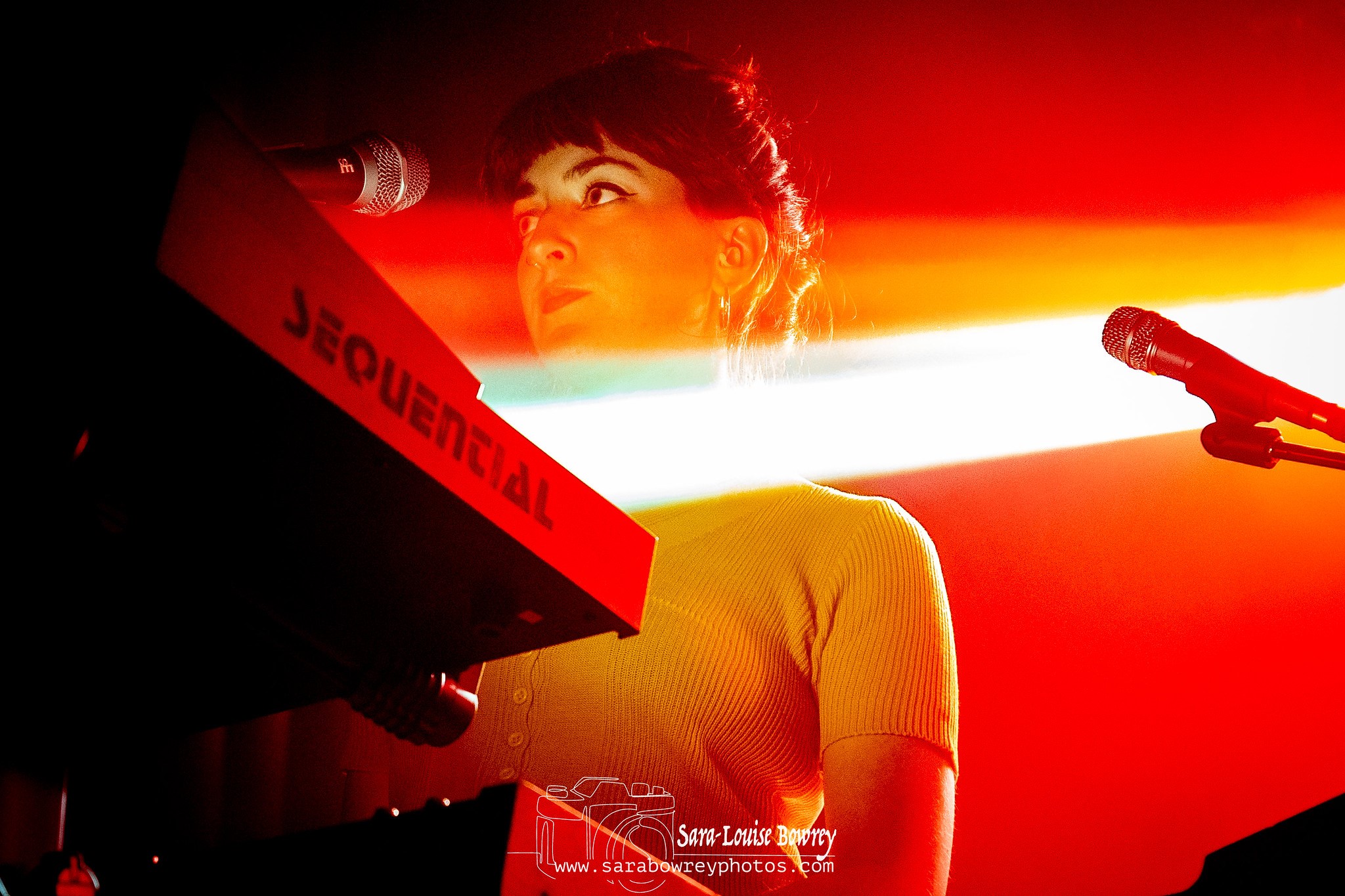 This evening, they make a welcome return to Brighton. Chalk is the venue of choice. Thus this means that I am back in the venue within a 24 hour period, having witnessed a truly spectacular set from US synthpop outfit Nation Of Language – Read the review HERE. 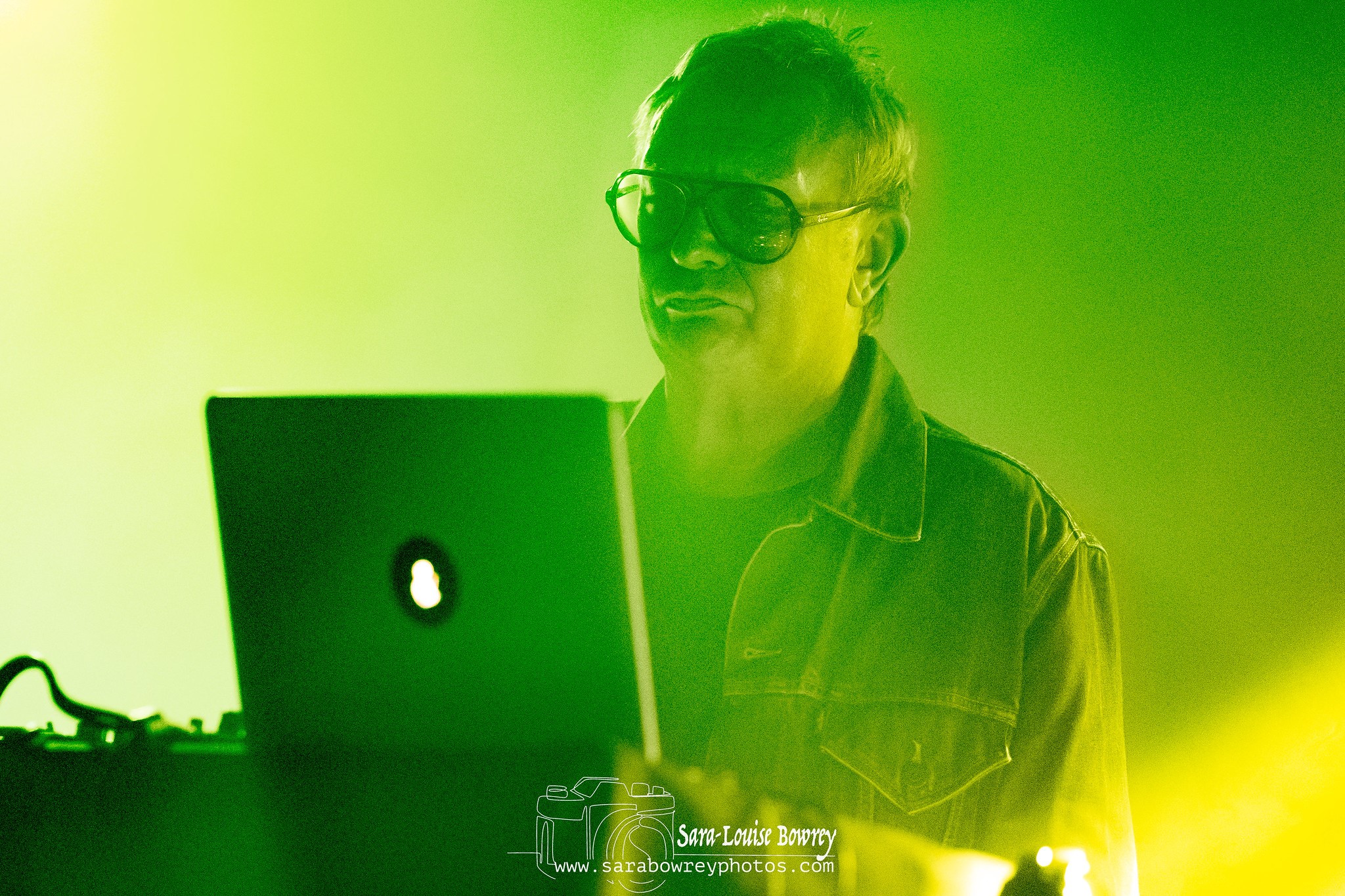 Last night there was a live band supporting, but this evening we were served a DJ set from the former Cabaret Voltaire legend Stephen Mallinder who was warming up the mixed age crowd with his selection of acid house dance tunes. We didn’t make it in time for the beginning of his set, but the tracks that we heard were rather samey. I would have much preferred a live band, like Scalping, who have been announced as Working Men’s Club’s support act at their forthcoming London show on Thursday 15th December at the Kentish Town Forum. 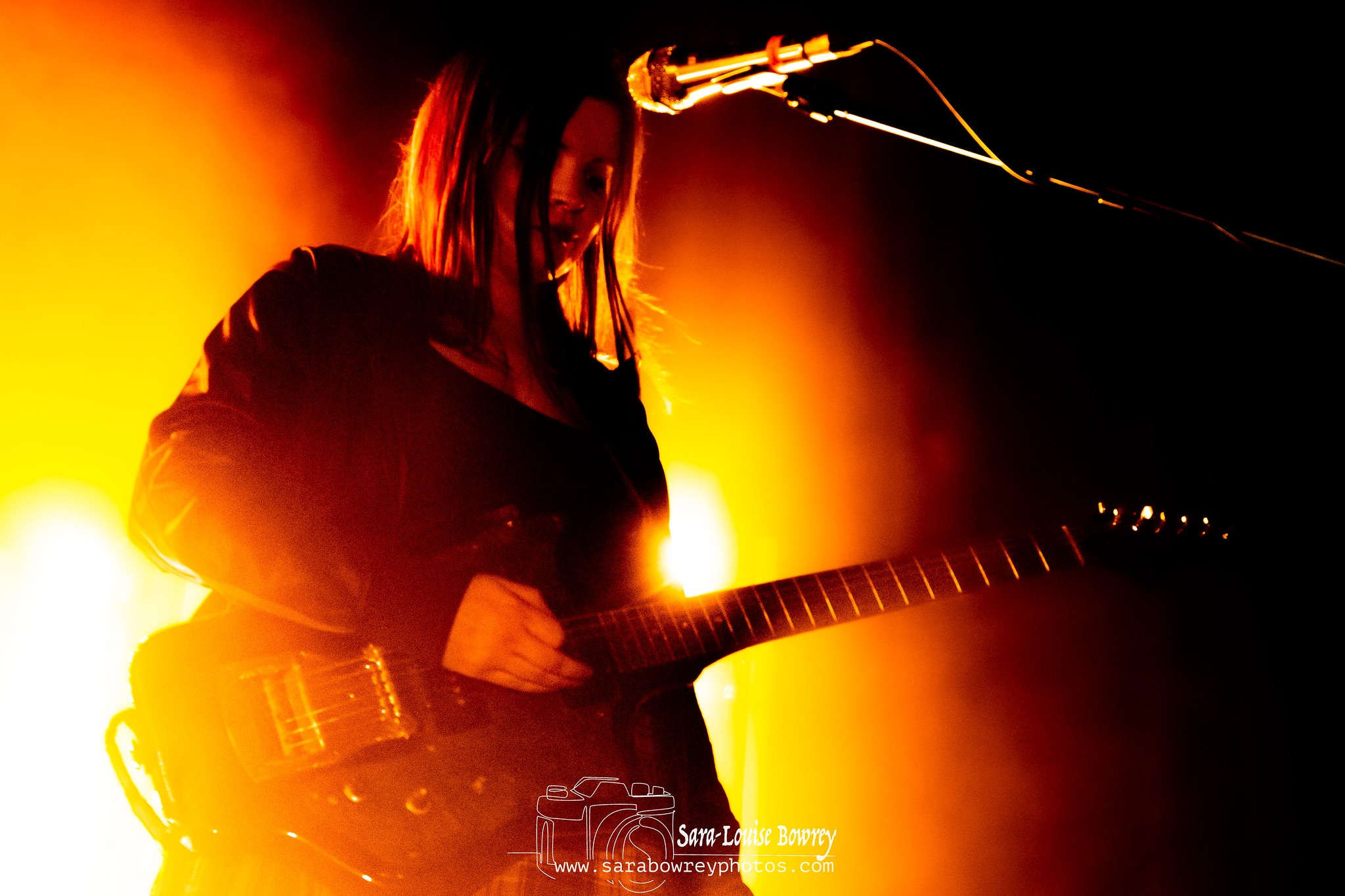 Working Men’s Club were supposed to grace the Chalk stage at 8;30pm, but didn’t arrive until 8:42pm. Therefore their 13 track set would be finishing quite close to the 10pm curfew. The venue was, I would suggest, just a few people away from being sold out. 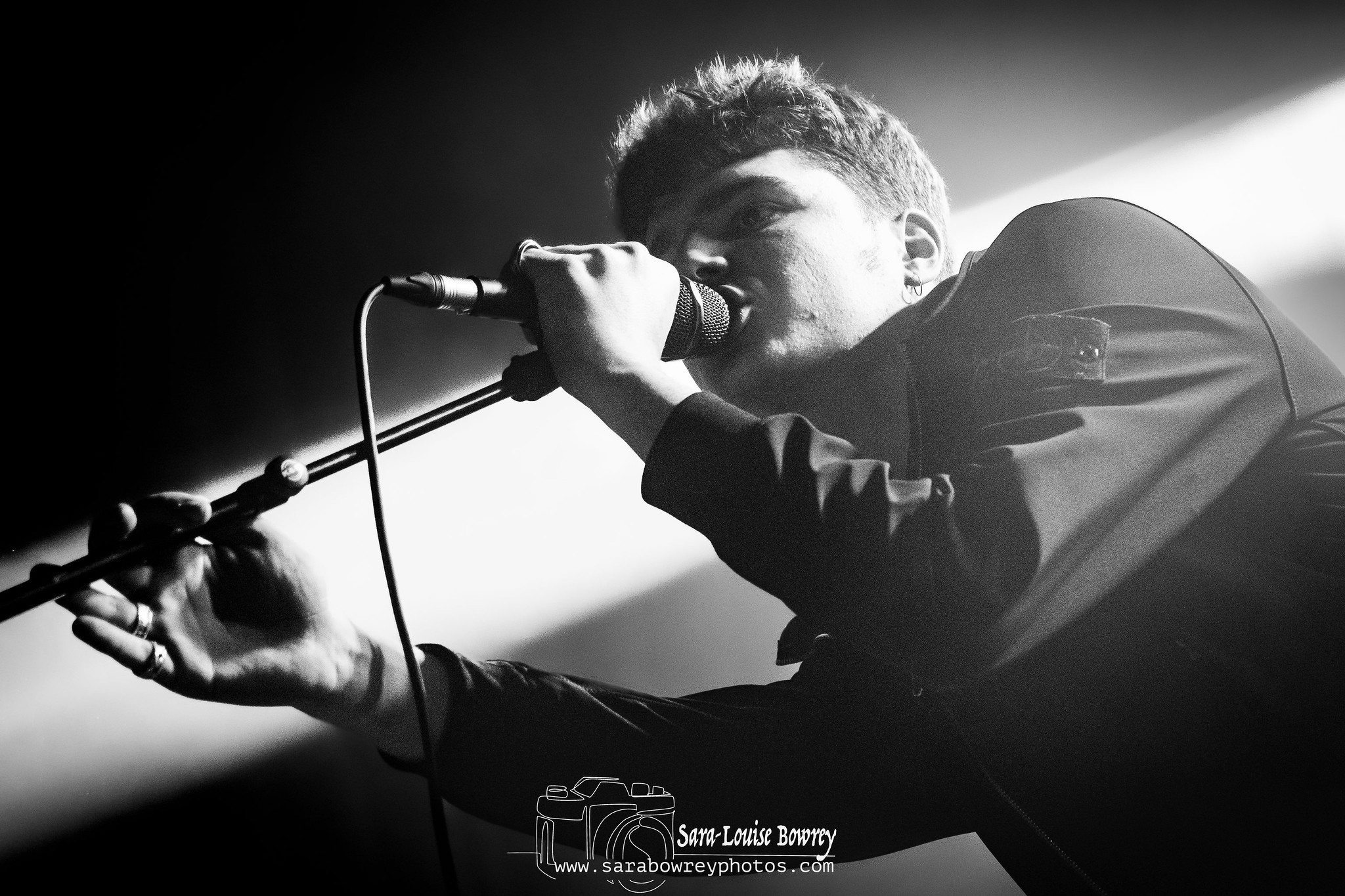 The lighting was totally different to last night’s bright light extravaganza, in being dark and moody, just like those old Joy Division backstreets of Manchester photos. We were positioned right at the very front and I was adamant to get as much vibe from this performance as possible. Therefore my hand was continually resting on top of the speaker and so I could feel the music vibrating through my body whilst I was watching them. It’s a terrific feeling to be at one with an act, it makes you feel vibrant and truly alive, unlike many Kraftwerk ‘Showroom Dummies’ around us who simply stood and watched. It’s beyond me how on earth that Working Men’s Club’s dance material doesn’t get folk jigging about. Two friends also both separately pointed this out to me after the performance had finished. 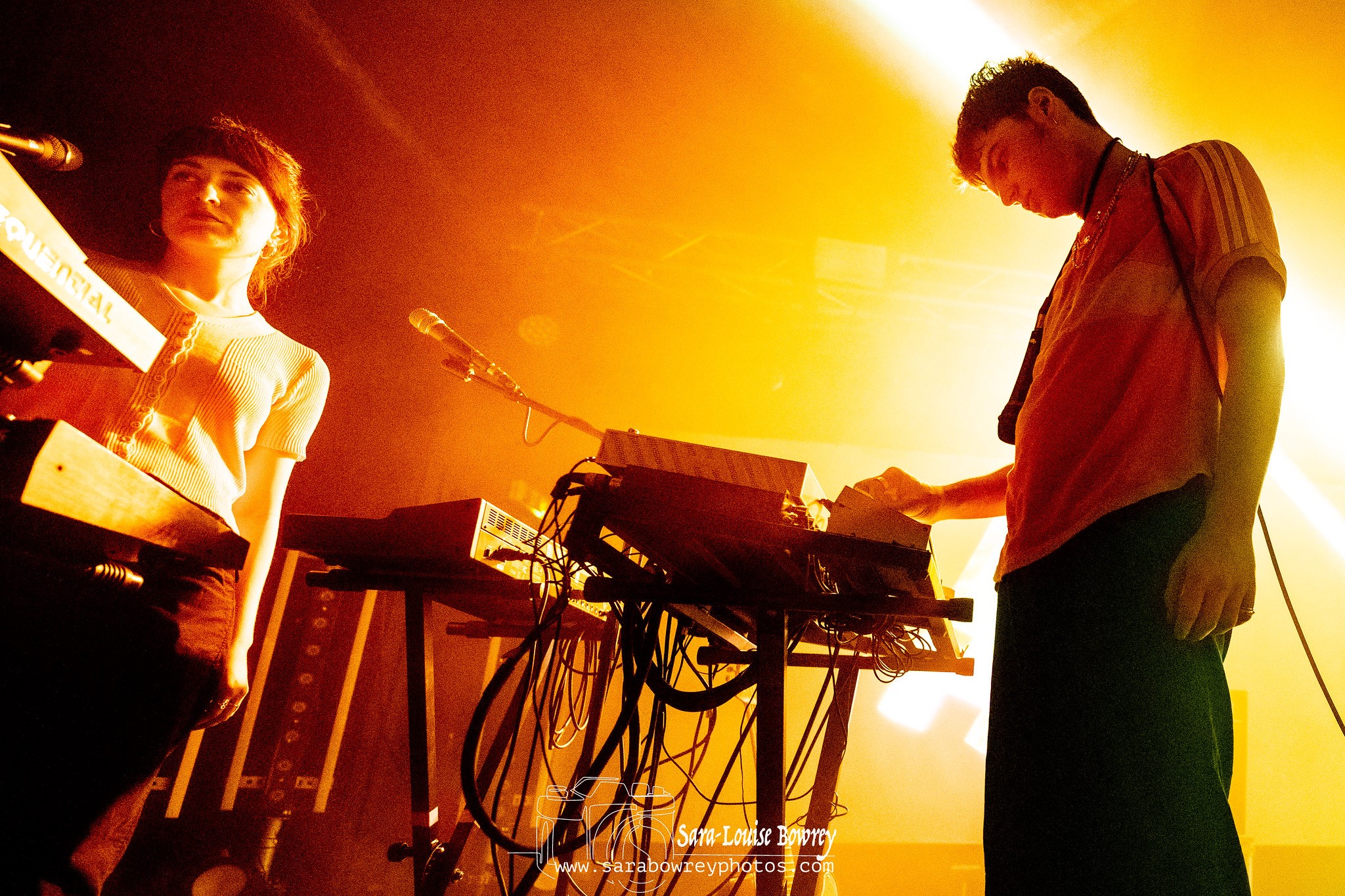 The quartet had a back screen behind them that simply showed their revolving logo during the whole hour long set. I guess anything more would have taken the attention away from Sydney and his chums. The format was Hannah (stage right, our left) on a multiple of keyboards and backing vocals, to her left was Sydney on lead vocals and occasional guitar and keys, on his left was Liam on bass, and next to him on our right (stage left) was Mairead on keys, guitar and backing vocals. 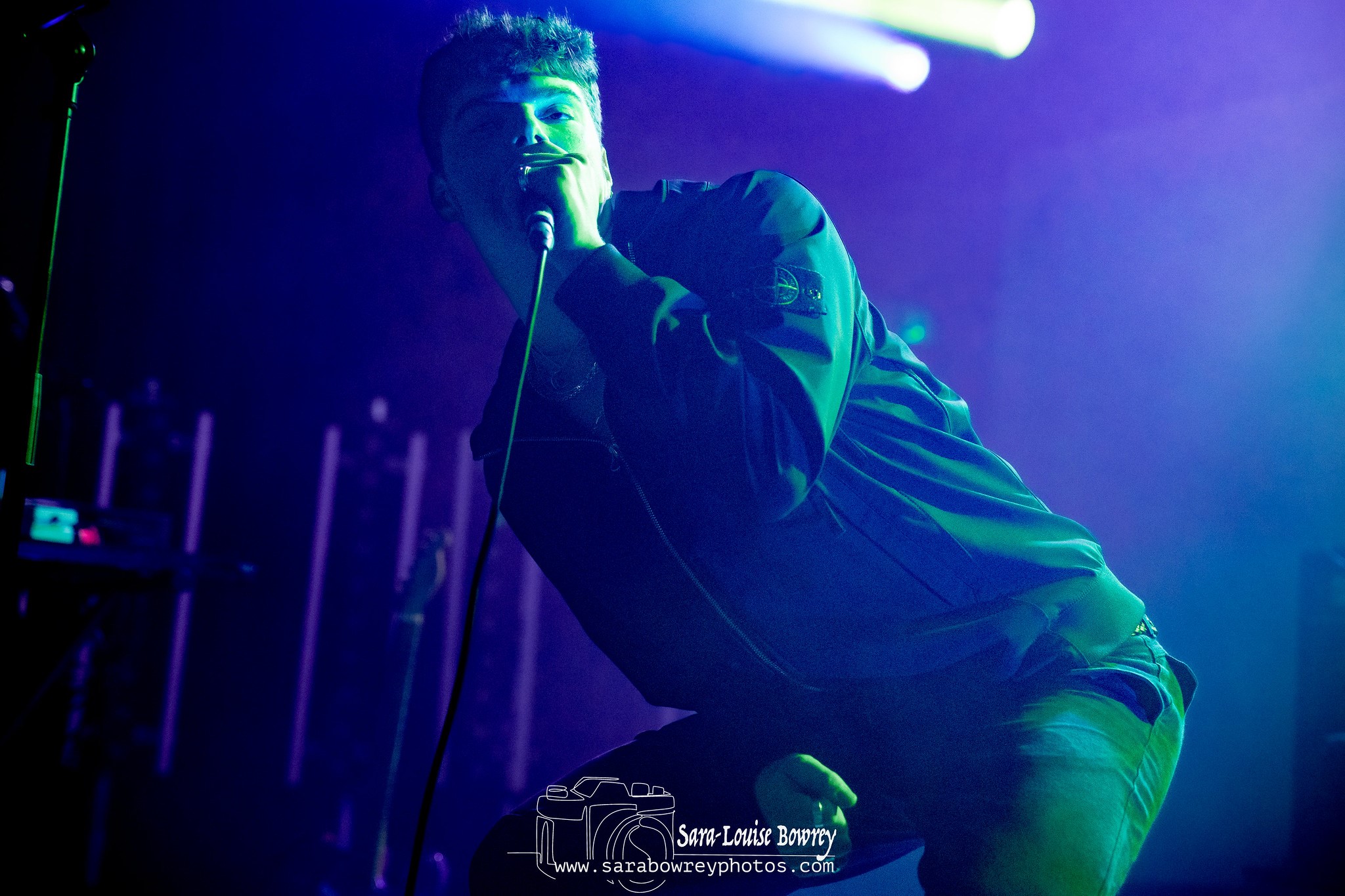 This outfit arrive, play and go! There’s no “Hello Brighton”, “this numbers called….”, “Thanks for being here” and so on. They play the tracks, which arguably speak for themselves and that’s it. If folk haven’t witnessed them in the flesh before, they might be under the impression that WMC are off-ish or aloof. But I guess this harks back to Joy Division and New Order, who adopted the same formula, it certainly didn’t hurt them! But these days it does seem as though Sydney has toned it down somewhat, by that I mean I’ve seen him being carried above fans heads at gigs, especially at their Manchester Ritz show – Review HERE. Tonight there’s simply no interaction whatsoever, which I did miss as compared with some of my previous meetings with the band. I must add that the music was still absolutely brilliant though and that’s what we have come here for! 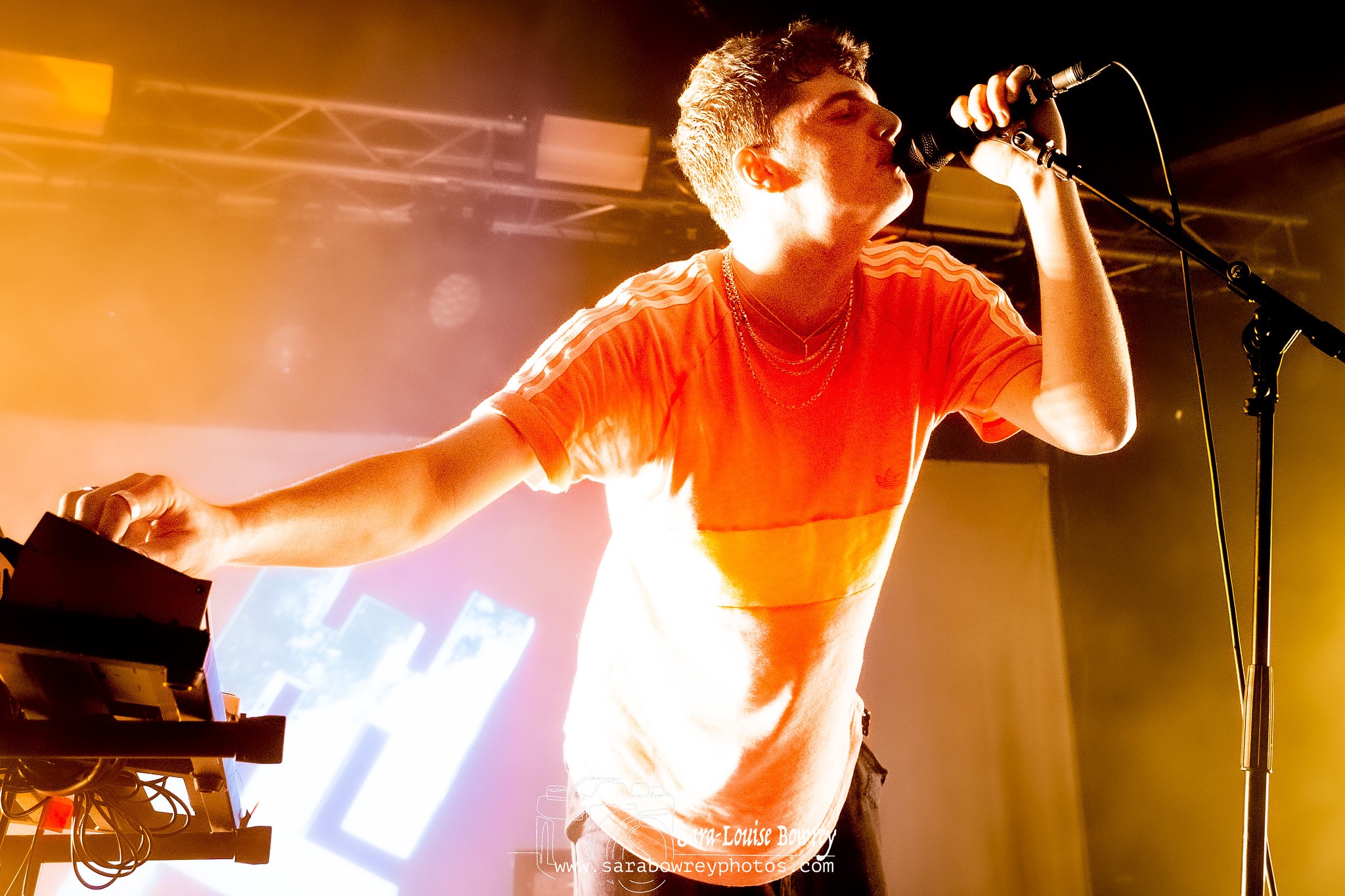 They open with a couple of dance numbers, ‘Valleys’ from 2020’s ‘Working Men’s Club’ self-titled album and then ‘19’ from their latest 2022 ‘Fear Fear’ album. Next up is the title track and name of their tour ‘Fear Fear’. This tune offers up the vibe of a horror film which is compounded by the distorted vocal delivery. Then a surprise is offered in the form of 2020’s ‘Teeth’, which has been a staple closing tune from previous gigs that I have seen. It certainly get’s me and a few around me bopping along very merrily, but I would have still preferred it to have stayed as their final number. For this number they are joined by a roadie on guitar and Mairead also switches her keyboard for a guitar. 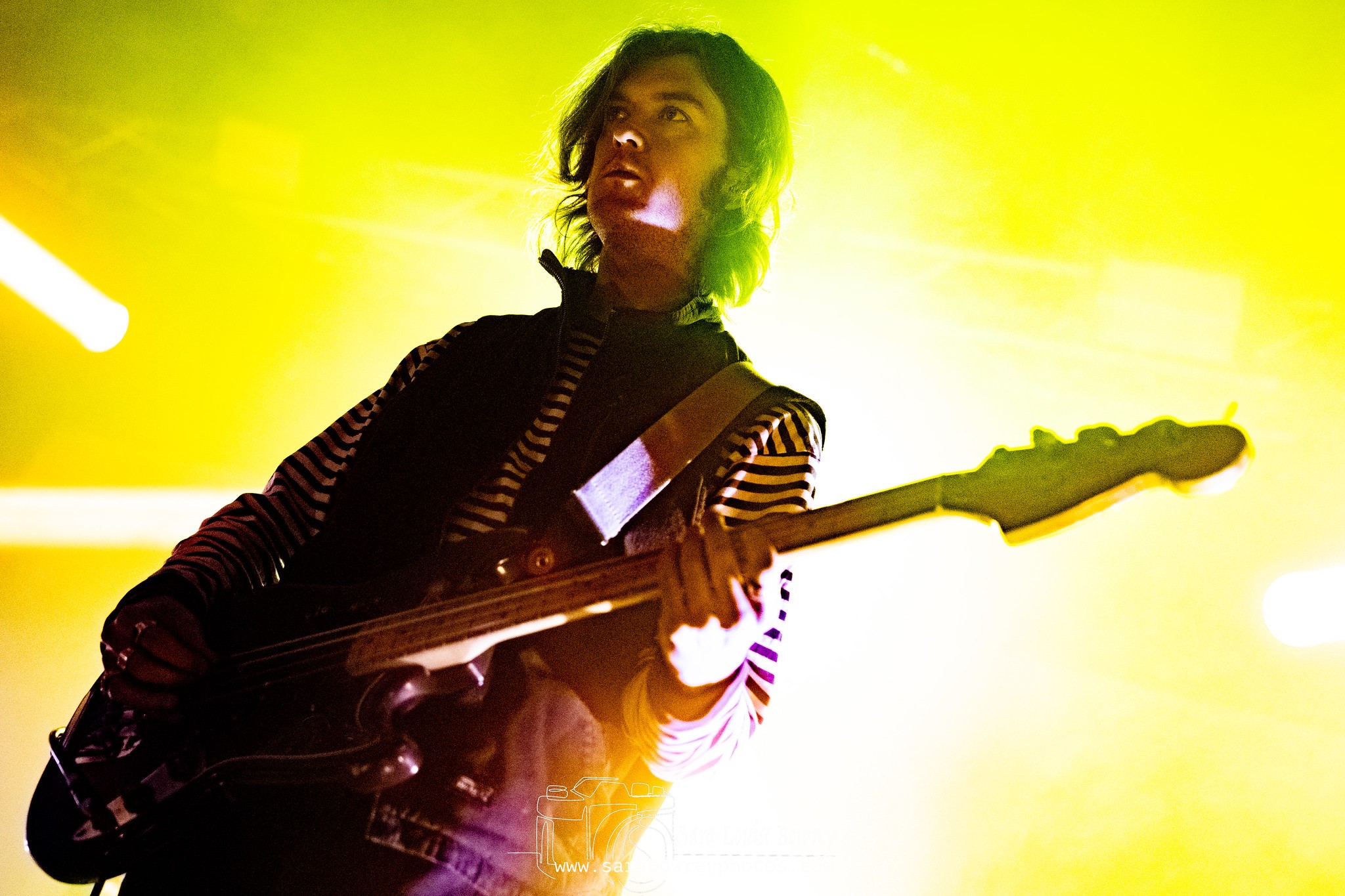 A trio of tunes follow from the latest platter, the synthpop ‘Widow’, the brooding ‘Circumference’ and ‘Rapture’, which initially sounds like ‘Kind’ by Blancmange before morphing into something like Nine Inch Nails. This track featured Sydney on guitar as well as Mairead on her guitar too. 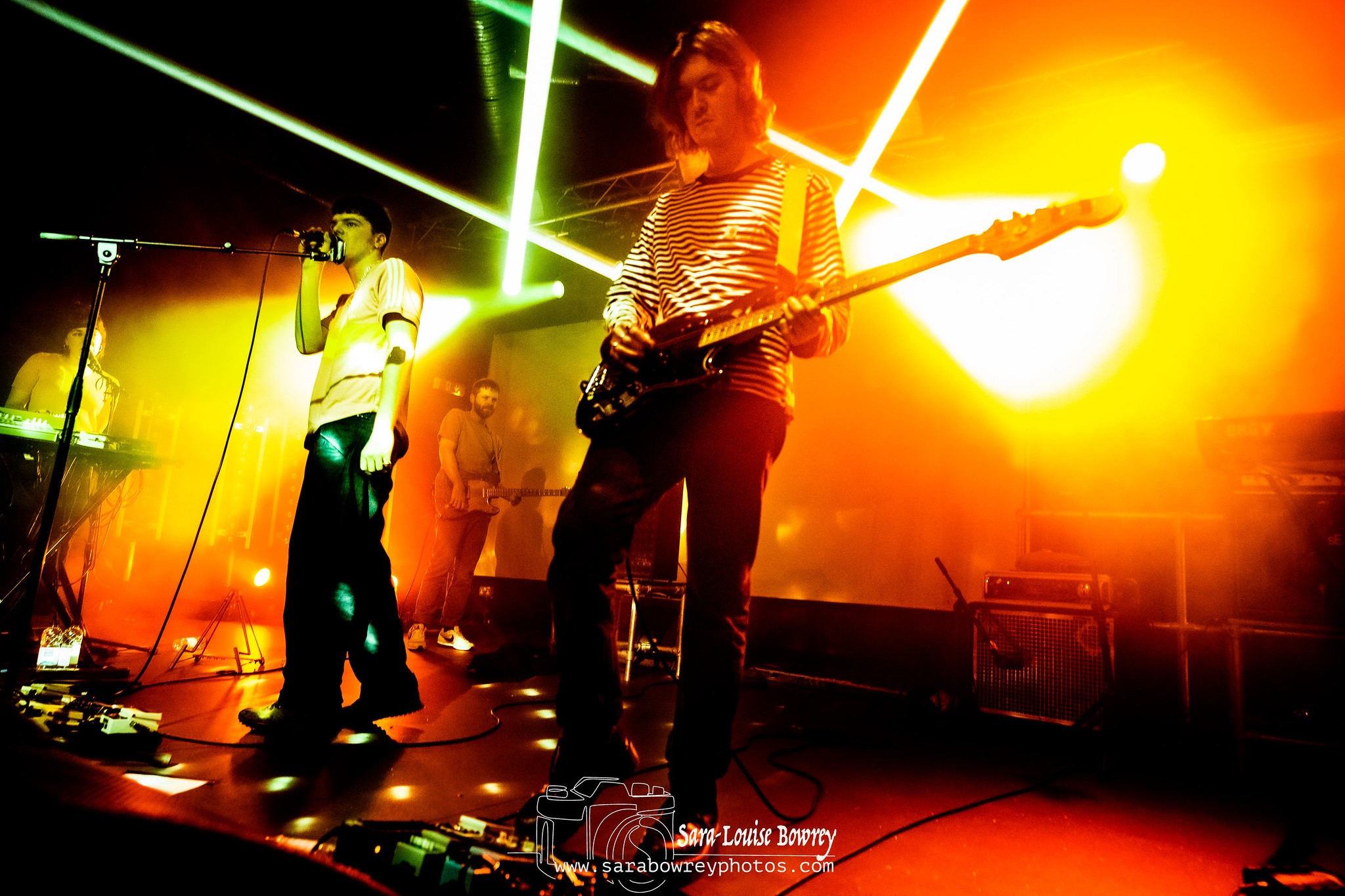 We were then served a trio of tunes from their self-titled album, ‘Be My Guest’, ‘Angel’ and ‘John Cooper Clarke’. ‘Be My Guest’ has a decent chugging backbeat that I suspect Gary Numan, Nitzer Ebb and Fini Tribe would approve of, as well as dead catchy chorus “Let in me or let me out; Let me scream now; Let in me or let me out; Let me scream now; Now”. ‘Angel’ starts off with a retro synth beat, with Sydney initially sounding like Mark E. Smith on the first couple of lines. The tune then grows into a Krautrock masterpiece that Neu! and early Kraftwerk would enjoy it. This tune is so hypnotic that I just had to dance with my eyes shut and swing my head around while holding both of my hands on the speaker. Magic stuff and second best of the set to ‘Teeth’. ‘John Cooper Clarke’ has the vibe of vintage dance era Cabaret Voltaire with jaunty guitar work and screaming synths and another catchy chorus “We dance and we smile; We laugh and we cry; We play and we fight; We live and we die”. 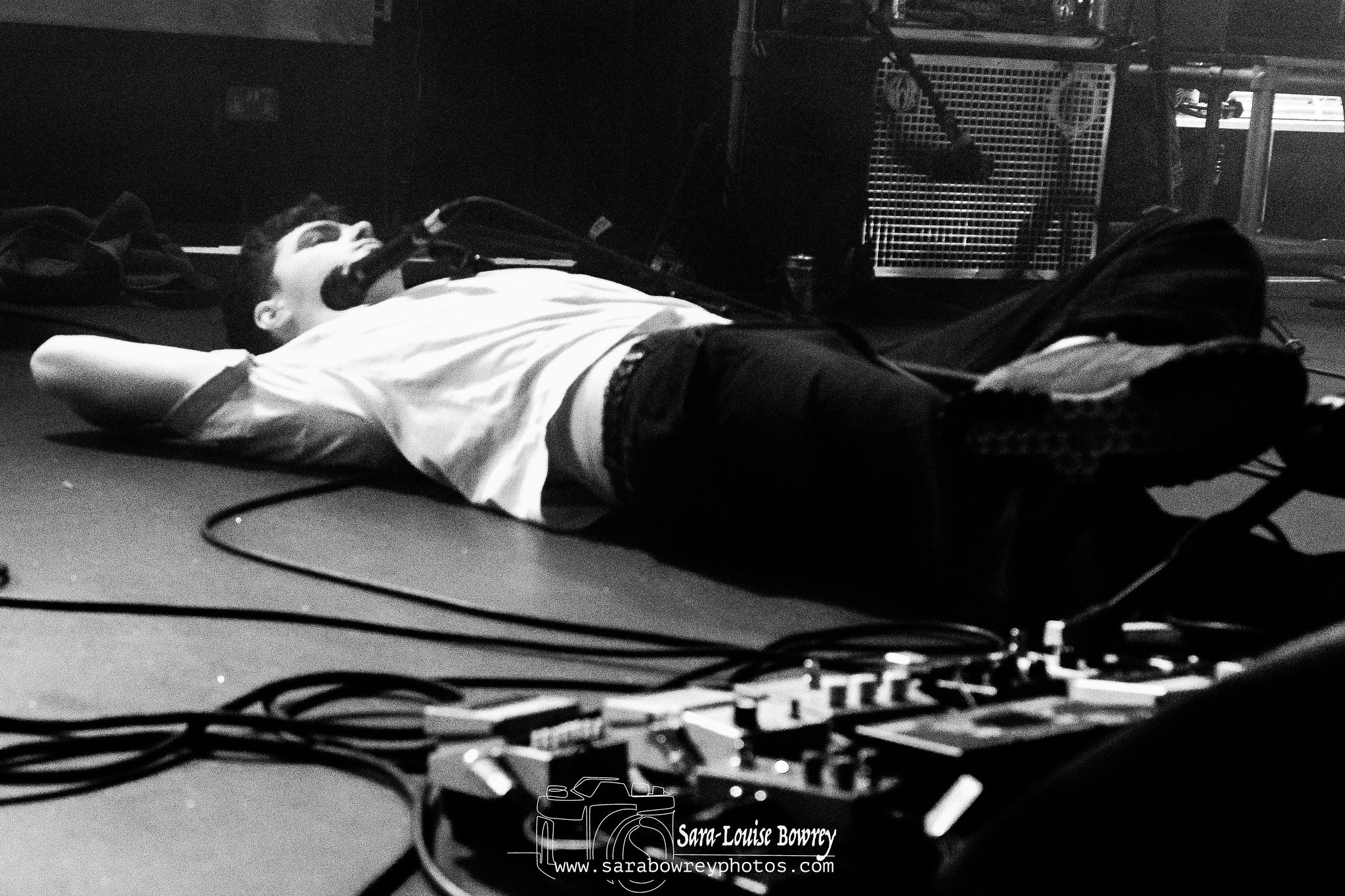 The final trio of numbers all came from the latest platter, namely ‘Ploys’, ‘Money Is Mine’ and ‘The Last One’. Both ‘Ploys’ and ‘Money Is Mine’ have some meaty keyboards and again are very Cabaret Voltaire a la ‘Sensoria’ meets Acid House. No wonder Mallinder was support. For ‘Money Is Mine’ Liam abandons his bass guitar in favour of taking over Mairead’s keyboard, whilst she takes to her guitar. Final number, ‘The Last One’, features a slow vocal delivery over a faster shuffle beat. This would have been better mid-set and not to end with. 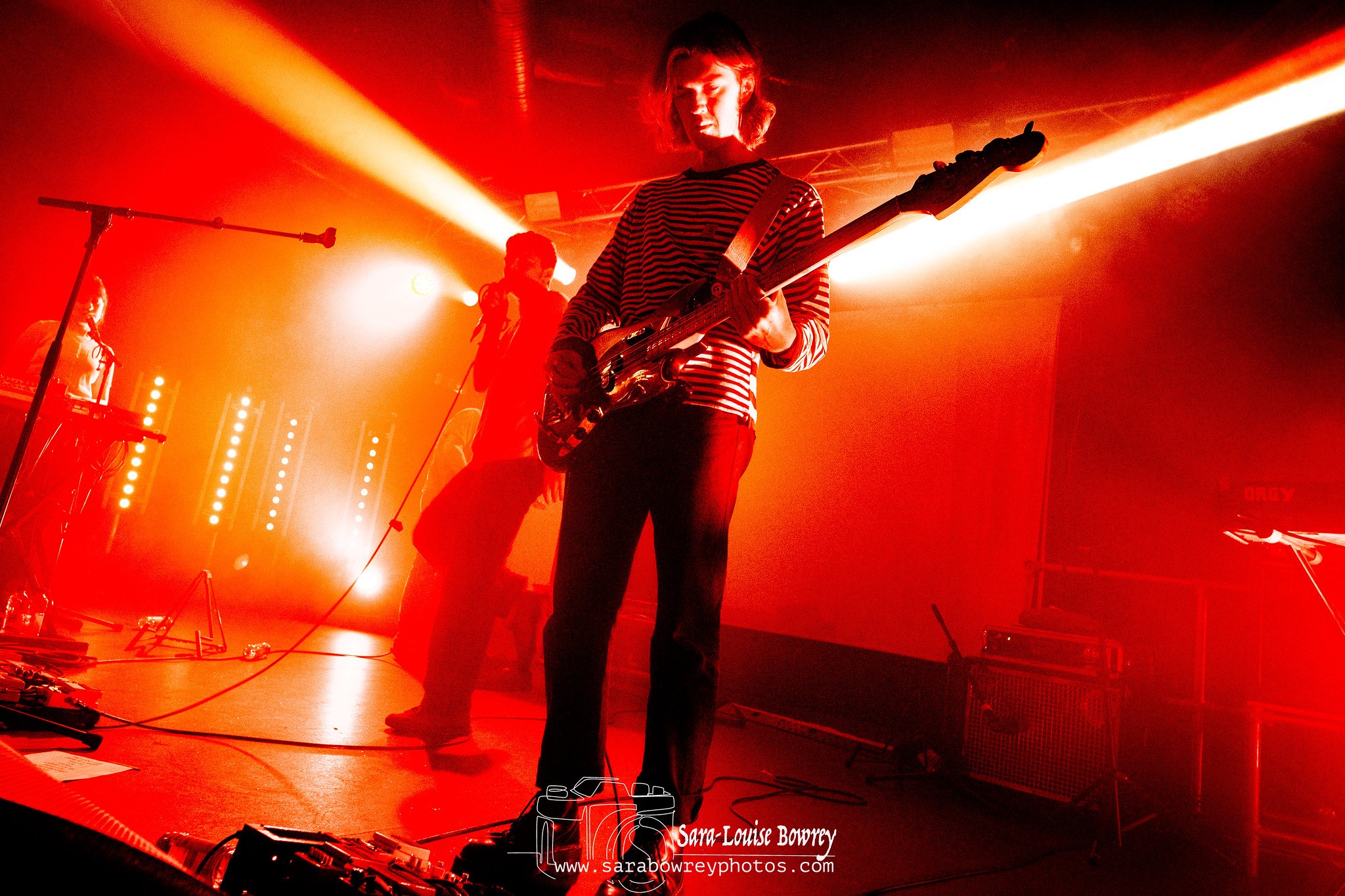 In conclusion, another masterful concert experience by WMC. Get on board if you already haven’t! One of the best newer acts out there! 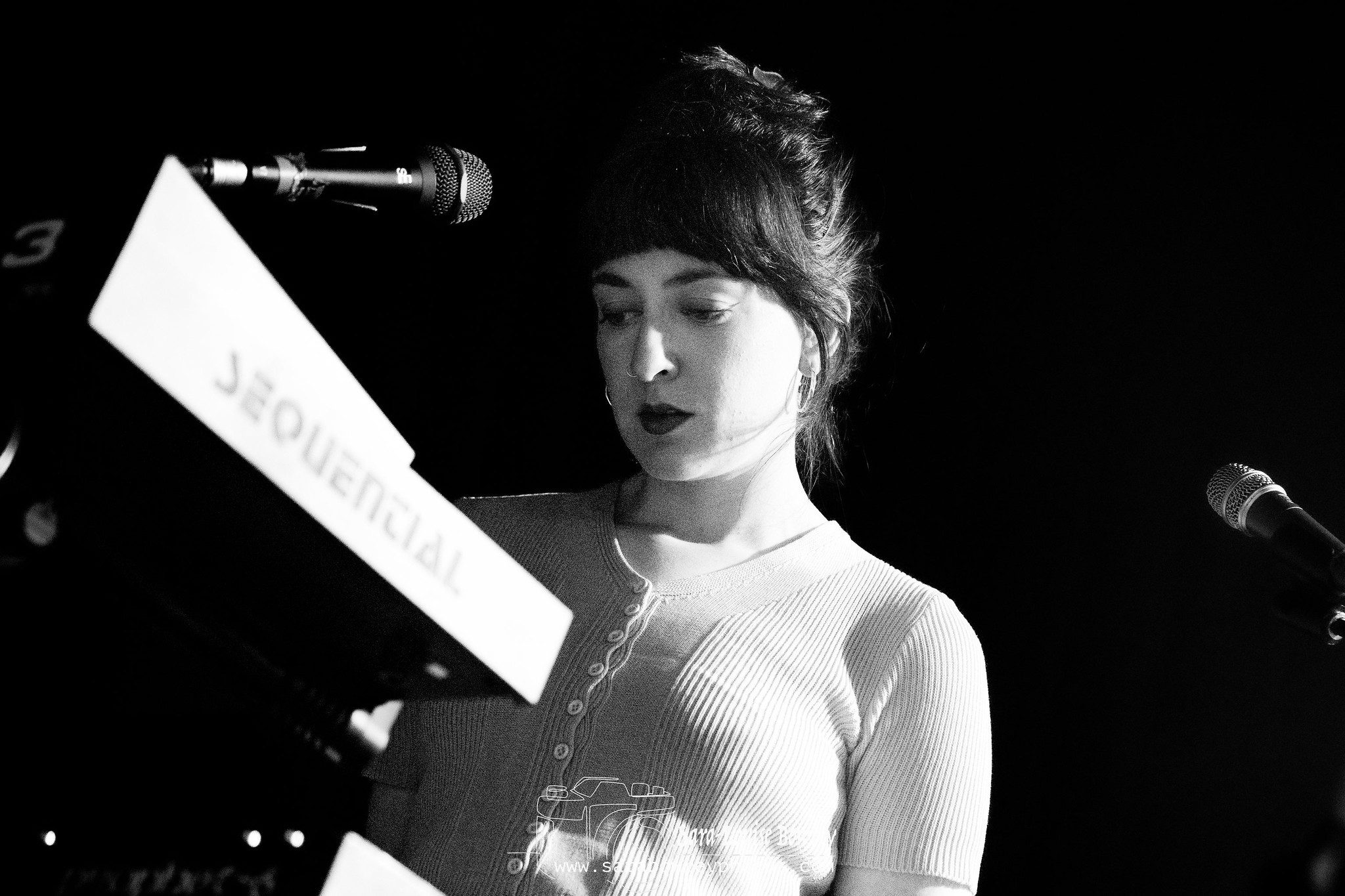 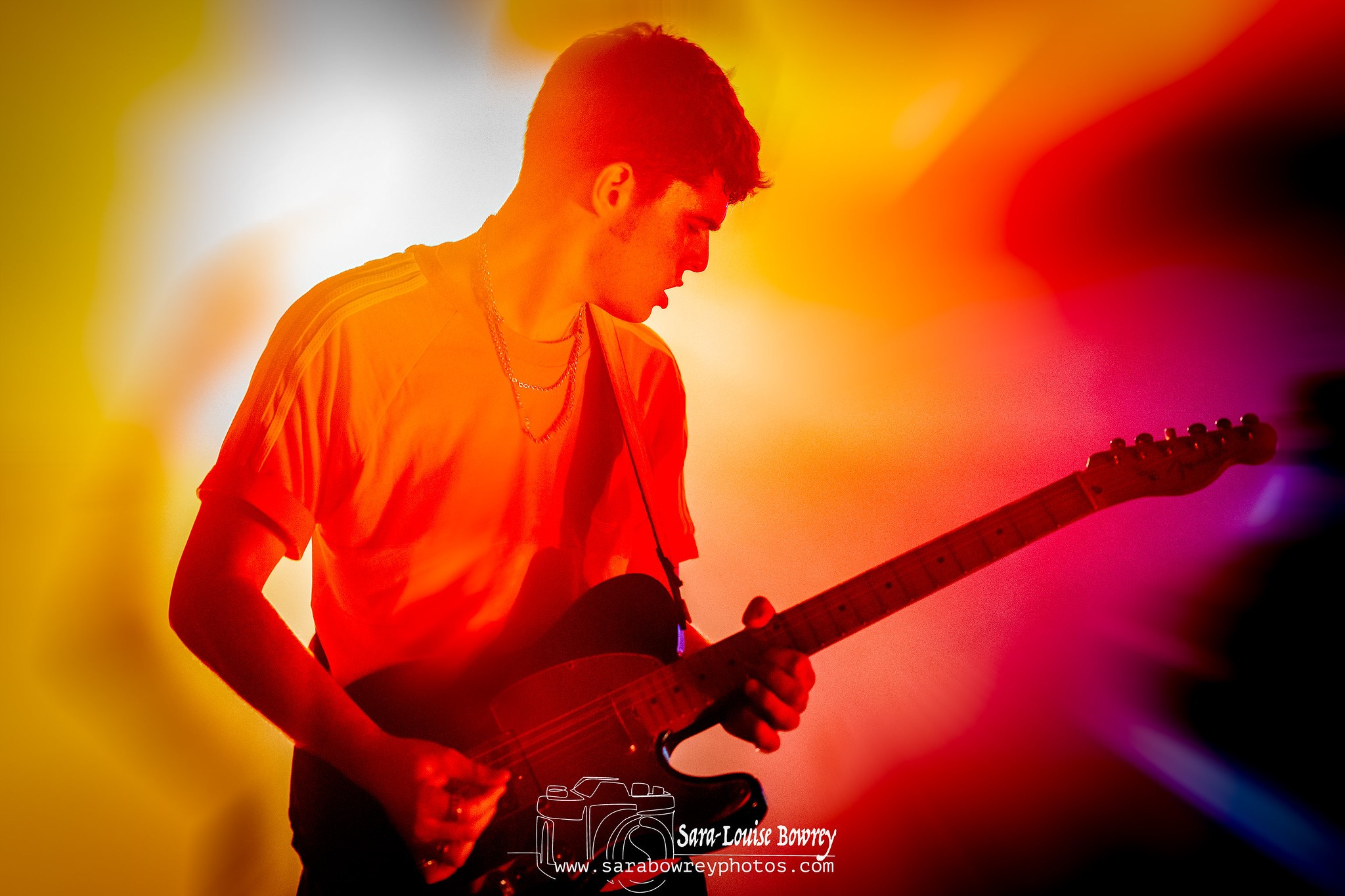 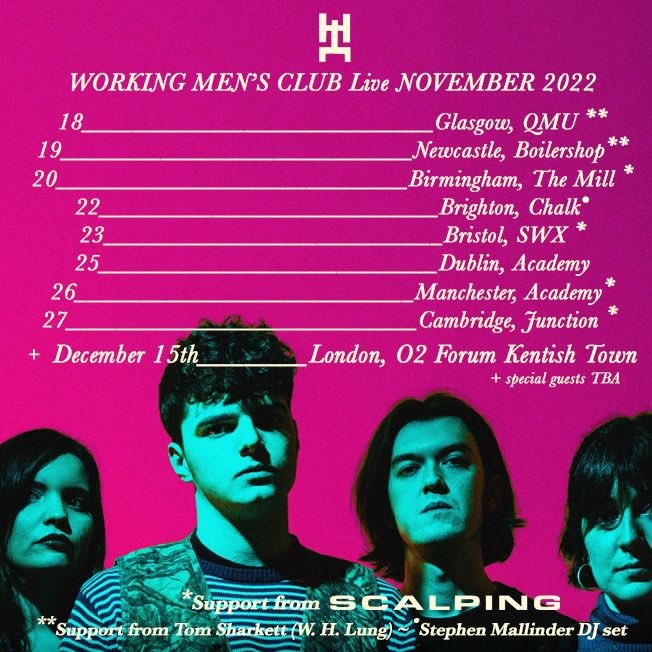 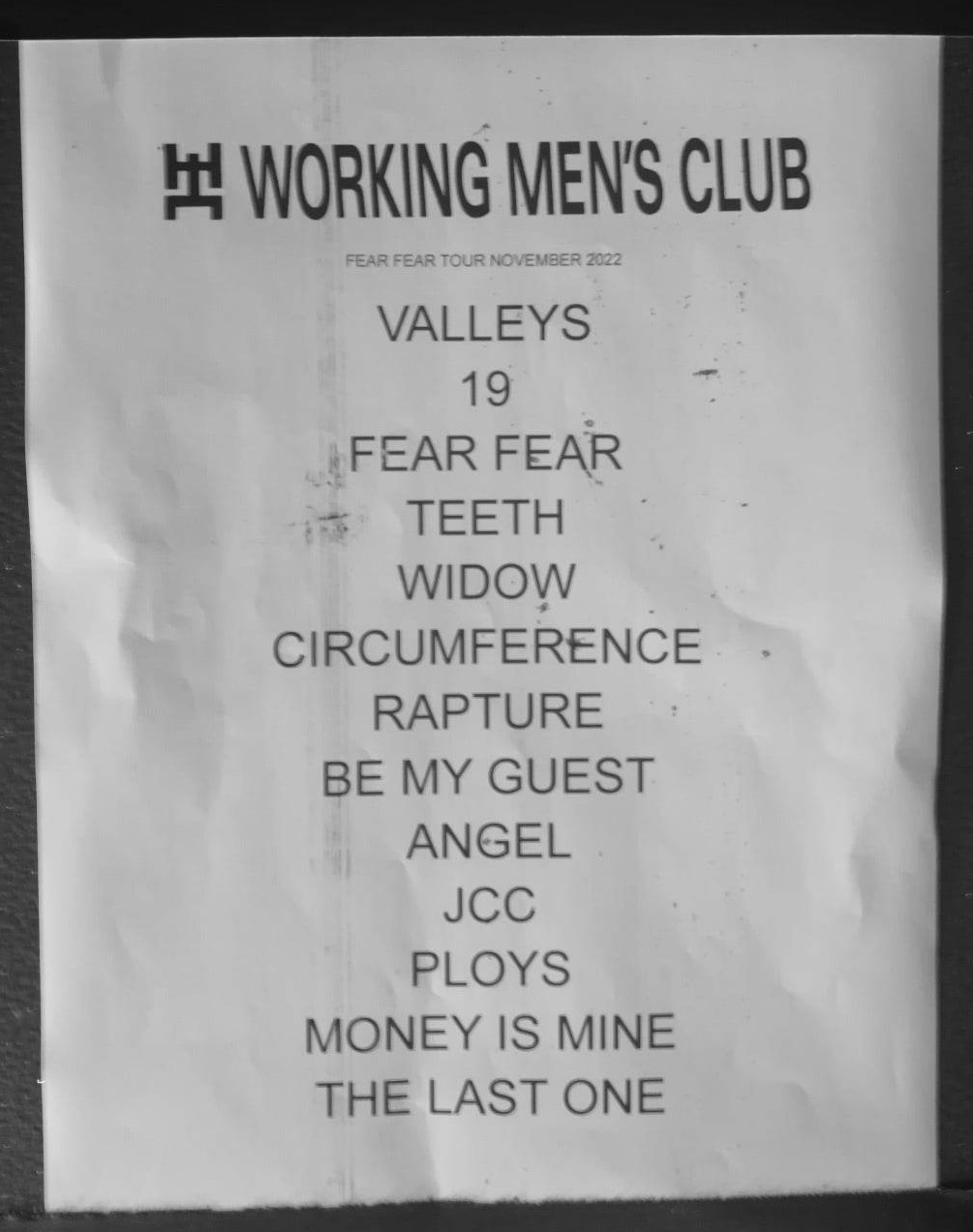