An accident and emergency (A&E) consultant joined striking nurses on a Brighton picket line where he called for a wealth tax to help fund the NHS. 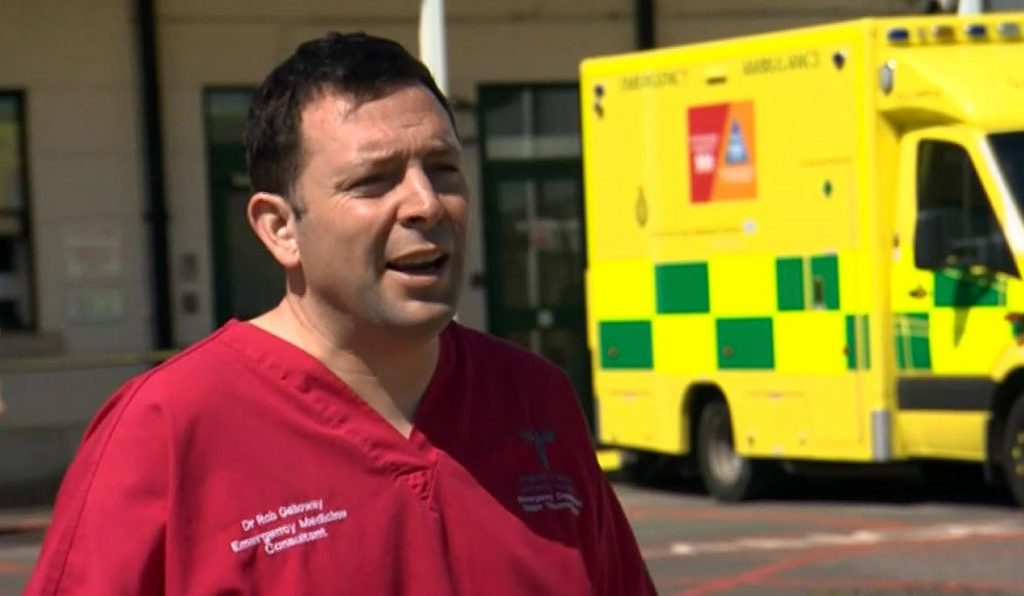 Professor Rob Galloway, a consultant in emergency medicine at University Hospitals Sussex NHS Trust, has been vocal about his concerns for the future of the health service.

Professor Galloway, who is also an honorary clinical professor at Brighton and Sussex Medical School, has spoken out on television, in national newspapers and on social media.

In an emotional post on social media after Christmas he said that he had been “close to tears” during a night shift as he apologised to patients for the standard of care.

He said that the situation was the worst that he had seen in his 22-year career.

And in the new year, his six-point prescription to save the NHS appeared in the Daily Mail.

This was followed by several TV appearances in which he explained the struggles facing hospital staff.

As drivers hooted their horns to support striking nurses outside the Royal Sussex County Hospital, in Eastern Road, Brighton, on Wednesday (18 January), Professor Galloway was cheered as he called for the wealthiest to pay more tax.

“I support you. I’ve never seen it so bad in 22 years. It’s not covid. It’s not the flu. It’s 12 years of poor investment in our staff, especially you.

“Your pay is nowhere near acceptable. You deserve so much better.”

He said that nurses leaving the NHS to work for agencies added to the costs of running the health service, adding: “It’s cheaper to pay you better.

“Even if it costs more, as a society, we need to ask the voters what do they care more about. The bankers on millions, the rich, the nurses or the top 1 per cent?

“A 1 per cent wealth tax on those with more than £5 million a year would pay the levels to cover wage decreases for the nurses and all public sector workers.

“A wealth tax is the answer to the NHS crisis. The majority of our consultants are supporting you.”