A gang member was arrested on suspicion of kidnapping two children from the hotel housing them in Hove, the town’s MP told the House of Commons this afternoon (Tuesday 24 January).

Labour MP Peter Kyle spoke about the incident after Caroline Lucas, the Green MP for Brighton Pavilion, asked an urgent question in the Commons.

Mr Kyle said that “nothing is happening” to find 76 asylum-seeking children who are still “missing” from the hotel run by the Home Office in Hove.

He said that he visited the hotel after 96 unaccompanied children were placed there, telling the Commons: “In the days afterwards I saw for myself, having met the children who were there, that some of them were extremely vulnerable – vulnerable themselves emotionally and vulnerable if they should leave the premises to being coerced into crime.

“The only organisation that responded, I believe, effectively and with the kind of seriousness that you’d expect was Sussex Police. But they lacked the facilities, the resources and the powers to do the job that needed to be done.

“It is incorrect to say these children are not being coerced into crime because just last year Sussex Police pursued a car that had collected two children from outside this hotel.

“When they managed to get the car to safety, they released two child migrants and they arrested one of the members who was driving it – who was a gang leader who was there to coerce the children into crime.”

He added: “The uncomfortable truth for us is if one child who was related to one of us in this room went missing, the world would stop.

Mr Kyle spoke after Home Office minister Robert Jenrick told the Shadow Home Secretary Yvette Cooper: “With regard to the press reports that individuals have been abducted from outside the hotel, well, those are very serious allegations.

“And I’ve specifically asked the officials who run this hotel whether they’ve seen evidence of that – and indeed I asked the senior leadership of Brighton and Hove City Council.

“I’ve not been presented with evidence that that has happened but I will continue to make inquiries. 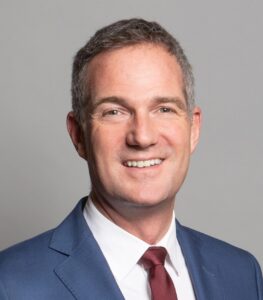 “And senior officials from my department are meeting with the Mitie security team in the coming days to ask them whether they have seen any occurrences and whether the individual who’s quoted in the press as a whistleblower raised issues with Mitie.

“If they did, why were those issues were not subsequently passed on to the Home Office?

“So she has my assurance that I’m not going to let the matter drop.”

Labour MP Dame Diana Johnson said that the Home Office permanent secretary told her committee that “broadly speaking, it is the Home Office which acts as the safeguarding authority for a child placed in a hotel”.

“The Home Office’s permanent secretary Sir Matthew Rycroft told the committee that, broadly speaking, it is the Home Office, which acts as the safeguarding authority for a child placed in a hotel. 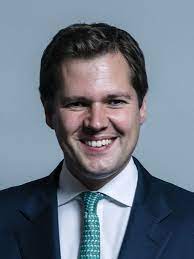 “So we called on the government to provide a clear timeline for ending the accommodation of children, unaccompanied children in hotels.

“So can I just press the minister today because that hasn’t been forthcoming so far.

“Given its critical child safeguarding responsibilities, can we get a clear commitment today from the minister as to what date they will end the clearly unsafe and unsatisfactory placement of unaccompanied asylum-seeking children in hotels?”

Mr Jenrick, the Conservative Immigration Minister, said “It isn’t as simple as me being able to set a date at which these hotels will close because we have to be honest with ourselves about the challenge that we face as a country”.

He added: “What we need to do is flow those young people as swiftly as possible into local authority care.

“But if local authorities do not have the capacity to take them immediately, bearing in mind that we can only detain somebody for 24 or now 96 hours with the recent legal change that we have made, in a relatively short timeframe, then we have to have a short period of bridging accommodation.”