The head of a Portslade school has left after an investigation into fiddled figures which boosted exam results.

James Fox had been under investigation since the start of the autumn term. The investigation has ended and Mr Fox will not be returning to the Portslade Aldridge Community Academy (PACA).

The school said: “The investigation concerned the accuracy of statistical returns provided by the school to the Department for Education (DfE), the local authority (the school’s co-sponsor) and the lead sponsor, the Aldridge Foundation.

“Specifically the investigation looked into the registration of a small number of students as guests on the school’s data systems.”

It affected 12 pupils and meant that their attendance and GCSE grades were not counted towards performance results and tables for the school as a whole. 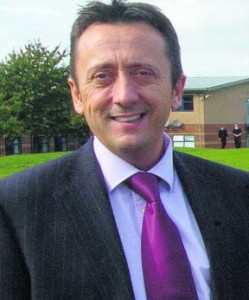 The school said: “We are very pleased that Peter Marchant, who has been acting as executive director since September, will be taking on the role of interim principal for the next two terms.

“We will be recruiting a permanent head to start in September 2015.

“Peter led the school through the recent Ofsted inspection, in which it was graded good for leadership and management.

“The report noted that ‘All leaders of the academy consistently communicate high expectations and ambition’ and specifically recognised Peter’s contribution.

“The governors would like to thank the academy’s parents, students and staff for their support and patience during this period.”

Mr Marchant, 40, was seconded from the Brighton Aldridge Community Academy (BACA) earlier in the term.

The investigation centred around the use of guest registrations. These are used when a pupil attends some lessons at one school while being registered at another – or if a pupil who is registered elsewhere is attending the guest school as a one-off or for a short period only.

Guest pupils are not included in exam league tables or attendance figures in the school census which is sent to the local authority – Brighton and Hove City Council – and the DfE each term.

The school said: “At PACA the census is the legal responsibility of the principal as the accountable officer.

“The investigation revealed that in 2012-13 the registration status of 12 students was altered so that they were registered as guests.

“As they were not on the census return provided by the school to the DfE their exam results were not included in the school’s overall published GCSE results.

“The investigation further revealed that guest status should not have been used for these students and that their results should have been included in the school’s overall results for that year. 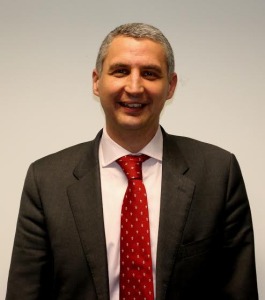 “As soon as the potential issue with the use of guest status came to light the investigation was launched. This ensured that the published results for 2013-14 were 100 per cent correct.

“The investigation also confirmed that this practice had not taken place at the school previous to 2012-13.

“The impact of this was that in 2012-13 the school’s benchmark result for the number of students achieving five or more passes at A* to C at GCSE, including maths and English, was reported as 60 per cent when it should have been reported as 55.6 per cent.

“This has been reported to the Department for Education. It does not affect PACA’s position in Brighton’s school league tables in that year.

“No individual student’s exam results were affected by this, only the overall result for all students reported by the school.”

PACA’s local authority nominated governor Rosalind Turner said: “A thorough investigation has shown that guest status was wrongly used and that this resulted in overall GCSE results for the school being reported in 2012-13 which were incorrect.

“The academy has made considerable progress since opening but parents and students rightly expect the highest standards in all areas of school leadership.

“The principal as accountable officer has a statutory duty to ensure that accurate census returns are submitted to the DfE and that published information about the school is accurate.

“The governors also believe that parents have a fundamental right to have accurate data and information on which to make their decisions about schooling.

“The governors have agreed to end the contract of the principal, James Fox. He will not be returning to the school.”