Police are investigating a street robbery which occurred at around 4.30am on Saturday (18 July) in Victoria Road, Portslade. 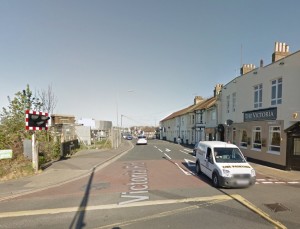 A 22-year-old Brighton man was walking home with a friend when a dark-coloured car approached and stopped.

A man got out and threatened the victim, grabbing him by the throat and punching him in the mouth, causing a cut and swollen lip.

The suspect stole between £40 and £50 from a wallet before he and a white man who had also been in the car, but did nothing, drove off towards Trafalgar Road.

The suspect is described as black, 5ft 11in, in his mid to late 20s, of stocky build, clean shaven and with a shaven head.

Anyone who witnessed the incident, who recalls seeing the car or who has other information is asked to email 101@sussex.pnn.police.uk or phone 101, quoting 47150091115.