A Brighton seafront restaurant has been told it must make urgent improvements after a hygiene inspector gave it zero stars. 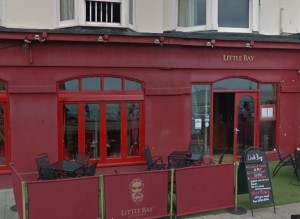 Little Bay on King’s Road was rated bad for both food hygiene and safety and for structural compliance, and the inspector said it had little confidence in management.

Brighton and Hove City Council said it would only release the full report in response to a Freedom of Information request, which has been submitted, but the restaurant said it was now starting from scratch to address the concerns.

Manager Luka Bosnyak said: “We’ve started doing everything from the beginning and looking at every issue one by one. There are so many things to do, like equipment, cleaning labels, that sort of thing.

“We got five stars at our last inspection, but now it’s a completely new staff and we have to start from the beginning. I was a waiter before and now I’m the manager.

“We are doing our best, and we will probably call the inspector to come and see us again to show that we are doing something. So many things have changed here in the last three weeks.”

This is not the only misfortune to hit the restaurant in recent months. Business was badly affected last year after the Fortune of War arch collapsed, leading to nine months of roadworks on King’s Road above, just outside Little Bay.

Mr Bosnyak said: “We lost customers because we had roadworks in the front of the restaurant. It was a really bad season because of that.”

Two more Brighton eateries have also had bad hygiene reports, with their one star rating meaning they need to make major improvements.

Both Shahcoal Kebab in Crestway, Moulsecoomb and Milk No Sugar in Trafalgar Street, North Laine were rated poor for food hygiene, with little confidence in management.