More cases of domestic violence have been reported to the police and the number of sexual offences has risen but support services for victims face a budget cut in the coming year.

More than 4,500 incidents of domestic violence and crimes were reported to Sussex Police in 2015-16 in Brighton and Hove – up almost 5 per cent on the previous year.

The force said that 667 sexual offences were reported in the city in the same period.

But next Monday (28 November) members of Brighton and Hove City Council are being asked to accept a specialist support service “is likely to operate within a reduced joint commissioning budget”.

The council’s Neighbourhoods, Communities and Equalities Committee is also being asked to note that “there is a risk to the provision of prevention and recovery services which are likely to be decommissioned in 2017-18”. 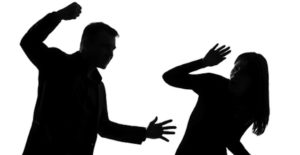 The committee is expected to call for “a comprehensive and detailed review of the response to these forms of violence and abuse across all service areas”.

It is believed that more people – mostly women – are reporting domestic violence as the police improve their response to the issue.

And support for victims is often provided through community and voluntary sector groups such as Rise, the charity which helps women who have suffered violence in the home.

A report to the council committee in advance of next Monday’s meeting said: “The impact of increasing demand on specialist services has been pronounced.”

Sex offences have more than doubled in just four years. The report said that there had been a 107 per cent rise in the number of recorded offences of sexual violence from 2011-12 to 2015-16.

In the same period, incidents of domestic violence and abuse and offences have gone up 35 per cent.

The report said: “Reported data about these forms of violence and abuse is an underestimate, since substantial numbers of people do not disclose such violence to the police or other agencies. “Applying the latest prevalence rates from the Crime Survey for England and Wales to 2015 mid-year population estimates shows that

“It is estimated that the cost to services of domestic and sexual violence in the city is £35 million, with the human and emotional costs at £113 million.”

The council contributes £725,000 to the £1.34 million a year spent tackling domestic abuse and sexual violence in Brighton and Hove.

But Home Office funding worth £35,000 is coming to an end and the budget is also expected to be cut as the council looks for more savings in the months ahead.

These are due to presented to the council’s Policy, Resources and Growth Committee next month as the council prepares its overall 2016-17 budget.

The committee will incorporate the financial cuts as it prepares a new strategy to replace the Brighton and Hove Violence Against Women and Girls Strategy 2012-17.

It is expected to agree a process of consultation and to initiate a needs assessment.

It said that 385 children were the subject of a child protection plan in Brighton and Hove, with parental domestic violence a factor in 45 per cent of cases.

In total 428 children were believed to be at risk of domestic violence and abuse locally.

The Neighbourhoods, Communities and Equalities Committee is due to meet at St Richard’s Church Hall, in Egmont Road, Hove, from 4pm on Monday (28 November). The meeting is open to the public.