An in-depth passenger survey has given the most detailed insight yet into the experiences of commuters using Southern trains over the past six months.

More than 1,000 people responded to a detailed questionnaire compiled by the Association of British Commuters.

It found that one in six respondents had taken sick leave, almost one in ten had been given warnings or faced disciplinary action at work and almost one in five had lost business as the result of poorly performing trains.

Others had been turned down for jobs because they would have to rely on Southern trains to reach their workplace.

And almost four in ten had used annual holiday or taken unpaid leave to make up at work for the disruption on the railways.

Six in ten said that they were had suffered from stress or other mental health issues as a result of the disruption. A quarter said that they had missed medical appointments or treatment. 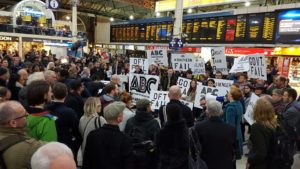 A study released before Christmas by Chichester University suggested that the dispute involving Southern’s owner Govia Thameslink Railway (GTR) would cost the economy about £400 million.

Passengers expressed concerns about safety, in part because of overcrowding, but also because 6 per cent said that they had been on trains which had been moving with doors open.

A key part of the dispute between the RMT union and Southern is over who is responsible for closing train doors.

Many trains on the network already operate with driver-only operation which includes drivers taking responsibility for closing the train doors. But on the evidence of the survey it is far from wholly reliable.

More than half of all respondents reported feeling unsafe at least occasionally, feeling afraid or concerned about the aggressive or abusive behaviour of other passengers and having been stranded late at night. The lack of staff at many stations was also raised.

The RMT argues that a guard should be on every train while Southern want trains to be able to run without anyone other than the driver.

The union fears that the current practice of understaffing would mean before long that the second person – whether called a guard, conductor or onboard supervisor – would be dispensed with altogether.

Despite this 42 per cent of respondents did not have safety concerns about driver-only operation (DOO) although 58 per cent had concerns about DOO on some or all trains.

Almost a quarter of the survey’s respondents blamed Southern or its parent company GTR for the situation and an almost identical number blamed the government or Department for Transport (DfT).

Just 5 per cent blamed the unions – the RMT and Aslef – although 44 per cent felt that all the key players – unions, train company and government – were to blame.

Only 6 per cent of passengers said that the problems that they had faced over the past six months on the railways were mostly down to the strikes.

GTR should be stripped of the Southern franchise, according to 84 per cent of the respondents, with 77 per cent saying that there should be a public inquiry into the DfT’s handling of the dispute. 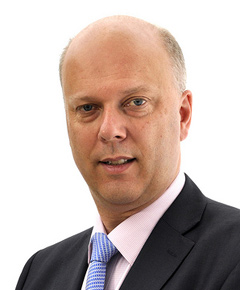 The Association of British Commuters said: “An accurate understanding of the situation is far more nuanced than we are currently seeing portrayed by the company and politicians, which has become a further aggravation for commuters, many of whom were forced to leave their jobs or relocate their homes long before the strike action became an issue.

“Thousands of people are now at breaking point and the Association of British Commuters continues to advocate on their behalf, calling for immediate and transparent government intervention into this failed company as well as a fully independent public inquiry into the circumstances behind the collapse of Southern Rail.”

The association quoted one respondent, a daily commuter from Brighton to Vauxhall, in London, as saying: “Quite simply, it has ruined my life.

“The stress and exhaustion from the constant disruption and uncertainty has had a dramatically negative effect on my work, my health and my relationships.

“From tomorrow I will be separated from my family during the working week and paying a rent I cannot afford simply in order to stay in London to do my job.

“Words can’t express how disgusted I am with the cynical collusion between the DfT and Southern and the entitled arrogance of the unions.

“Commuters have seen through the lies and corruption and feel nothing but contempt for the whole miserable lot of them.” 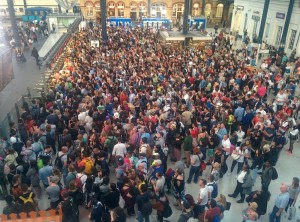 And a daily commuter from Hastings to Brighton was quoted as saying: “Uncertainty, aggressive reporting by company and government, aggravating disputes with commuter groups and unions, train company’s constant running of short trains, late trains or cancelling trains, and times when no staff are deployed where one needs them.

“I think it will take a change of government. The toleration of poorly performing companies and willingness to let the public suffer shown by the politicians concerned is utterly extraordinary and pathologically irresponsible.”

And a daily commuter from Brighton to Victoria was quoted as saying: “Frequently the trains I board are overcrowded, messy and full of faults.

“I’ve had passengers shout and swear at me for daring to ask them to move down the carriage.

“I’ve helped fainters disembark because there’s been no conductor and even if there was they’d have little chance of battling through the crowds.

“I honestly believe I wouldn’t be on a high dose of antidepressants if it weren’t for my commute.

“I’m writing this comment from the East of England after attending a job interview. If I get it I will cry tears of sheer relief knowing that I won’t have to battle with my transport every day.”