Another seagull was rescued after getting trapped in netting this morning, just days after a bird was freed to cheers from crowds in London Road. 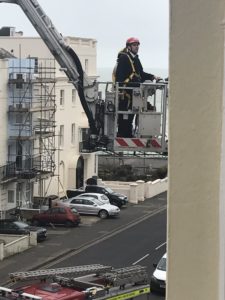 Today, the aerial ladder platform was used to help a bird in Lower Rock Gardens after firefighters were called at 9.49am.

The RSPCA was also on the scene to assist with the rescue.

A spokeswoman for the fire service said: “This was in fact another seagull rescue in Lower Rock Gardens, Kemp Town, Brighton, at 9.49am and firefighters worked alongside the RSPCA, after the bird became trapped in netting.

“Brighton’s Aerial Ladder Platform was used to assist with the rescue.” 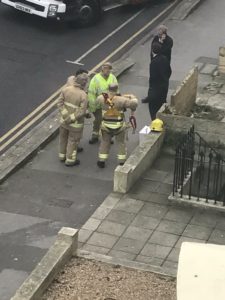