He’s more used to appearing in blockbuster films or prime time TV – but Star Wars and Pirates of the Caribbean actor Steve Speirs’ latest role is playing to a much smaller audience – in every sense of the word. 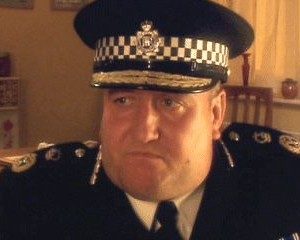 Steve has been roped in by St Luke’s Primary School to help year two with their investigation into some of the murkier incidents in the Stuart period, including the Gunpowder Plot, the Great Fire of London and the Plague.

As Officer Doyle, he helps bring the characters from the history books alive.

Year two teacher Richard Thomson, who knows Steve via the Brighton Rugby Club, said: “Officer Doyle and the history detective idea is about five or so years old.

“In the past one of my sons has played the role, we’ve had a connection with Stringer and some of their drama students have done this. The very first time we did it we got one of my colleague’s fathers doing it but we’ve not had a professional before.

“When it came to this year, I put out a little message to a few people asking if they could help out with this, and Steve, very generously, said yes.

“He’s very busy at the moment but he managed to find some time to come into the classroom and launch everything for us. It got the kids really excited about the idea of being history detectives – it’s our ‘Treason and Flame’ project about the Stuart era and he did a great job inspiring our investigations.

“Subsequently he’s not been able to come into school, but has sent videos for the children to watch instead.”

This isn’t the first time Steve has trodden the St Luke’s boards. When Brighton and Hove Albion were still seeking permission for what is now the Amex stadium, Steve played a Falmer farmer and argued the case for not building the stadium there.

Outside the school, he’s better known for his roles in Extras, Stella, and the Ben Elton sitcom Upstart Crow, which has just finished filming its second series.