A Hove man is being hunted by Sussex Police who want to return him to prison after he breached the terms of his release.

A warrant has been issued for the arrest of Chadley Parsons, 23, of Moyne Close, Hangleton. He was jailed for false imprisonment in a row over drugs.

The force said: “A 23-year-old Brighton man, Chadley Perry Parsons, is being sought by police after a warrant was issued for his recall to prison.

“Parsons, who had been serving a 26-month sentence for false imprisonment, was released on licence from Lewes Prison on (Wednesday) 22 March but has since failed to comply with the terms of that licence.

“He is described as white, around 5ft 8in and of average build.”

Inspector David Robinson, of the Brighton Neighbourhood Response Team, said: “There is no indication that Parsons presents a risk to the public but we would ask that, rather than approach him, anyone seeing him or knowing of his whereabouts gets in touch with us. 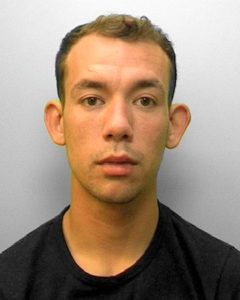 “Sightings of Parsons can be reported online at https://sussex.police.uk/contact-us/response-to-appeal/, by email on 101@sussex.pnn.police.uk or by phoning 101, quoting serial 1400 of 09/04.”