A marathon effort brings economic benefits to Brighton and Hove

It is easy to forget that the Brighton Marathon has been running for less than a decade.

As opposition spokesman for economic development and culture, a brief that includes sport, outdoor events, tourism and the economy, I have a huge interest in the Marathon going smoothly.

I can only praise the organisers for another successful event – despite still being a little sore after taking part for a second time.

I have nothing but respect for my fellow runners whose efforts certainly did not start when the firing gun was fired.

It takes months, if not years, to prepare for a 26.2-mile run. And not every competitor starts training from a position of good fitness.

Our city’s athletes did us proud. Just as training doesn’t start on the day, neither do the economic benefits.

Long before hotel bookings are even contemplated, local runners are buying shoes, clothes, equipment and even coffees after their Saturday morning park runs. 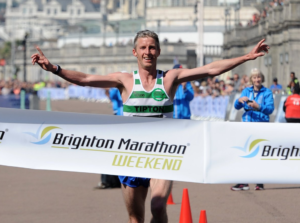 The Marathon brings with it a huge year-round economic boost, the benefits of which are felt by all manner of businesses in Brighton and Hove – not least our city’s osteopaths, chiropractors and sport masseurs.

There were around 500 official volunteers on the day but thousands more helping in all manner of ways, including many children. Those manning the water stations were literally life-savers.

I think that we all have a moral duty to do some voluntary work. The world doesn’t work without it taking place. The Marathon is a fun way for young people to get started.

I don’t know how many of the supporters along the course were local and how many were visiting but I suspect that most, certainly outside of the town centre, were residents of Brighton and Hove.

In Wish Ward, which I represent, New Church Road put on a quite incredible show. The cheering was overwhelming.

Small things count too though. It’s hard to get across just how helpful something as small as a high five from a youngster can be when you’re on the 20th mile and close to collapsing.

Although the benefits of this type of event easily outweigh the drawbacks, it is well worth remembering that the Marathon is without doubt disruptive to many residents and some traders.

Most inconveniences are irresolvable but some can be sorted. I met with artists in Madeira Drive whose businesses are made inaccessible over the Marathon weekend when a couple of easy tweaks could see thousands of new customers funnelled past.

I hope that all volunteers and spectators enjoyed their unique experiences of the Brighton Marathon.

I’m happy with my time of 3 hours 50 and trust that other runners are satisfied with their own efforts – despite the extreme heat.

If readers have any thoughts on improvements that could be made, email me on robert.nemeth@brighton-hove.gov.uk.

Councillor Robert Nemeth is the Conservative spokesman for economic development and culture on Brighton and Hove City Council.