Do you recognise any items in suspected Brighton burglar’s treasure trove?

Officers have recovered items they believed to have been stolen during a number of burglaries across Sussex. The haul, which includes various items of jewellery and antiques, was discovered by police when they stopped three men back in March. 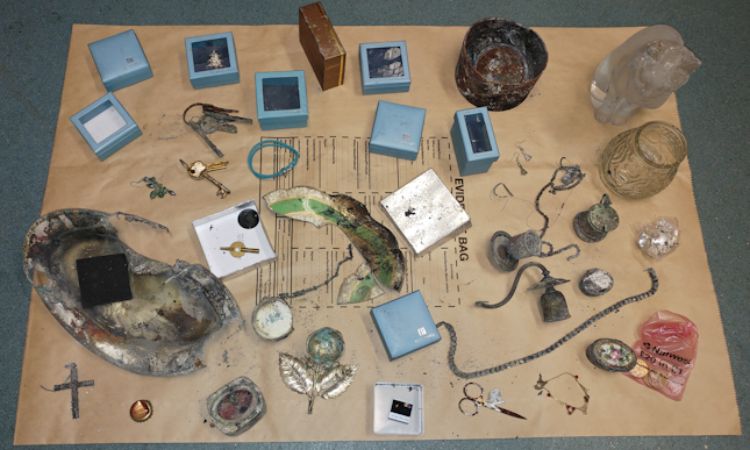 Investigating Officer Ellie Mannan said: “Properties broken into extend from Lancing in West Sussex, through Steyning, Shoreham, Hove and Rottingdean, to Crowborough in East Sussex. We are also looking into a number of burglaries in Surrey to see if they are also linked. The thefts all took place between the beginning of January and middle of March. As well as personal items, a number of victims also reported that money was taken during the break-ins and has left them feeling unsettled.”

Anyone who recognises any of the items, in particular the Past Time jewellery boxes and money bag with Australian coins in and ‘Australia’ written on it, should contact Sussex Police online via https://sussex.police.uk/contact-us/response-to-appeal/ or call 101 quoting serial 1141 of 16/02.