Work on the Goldstone reservoir led to a temporary new pond forming in Hove Park today. 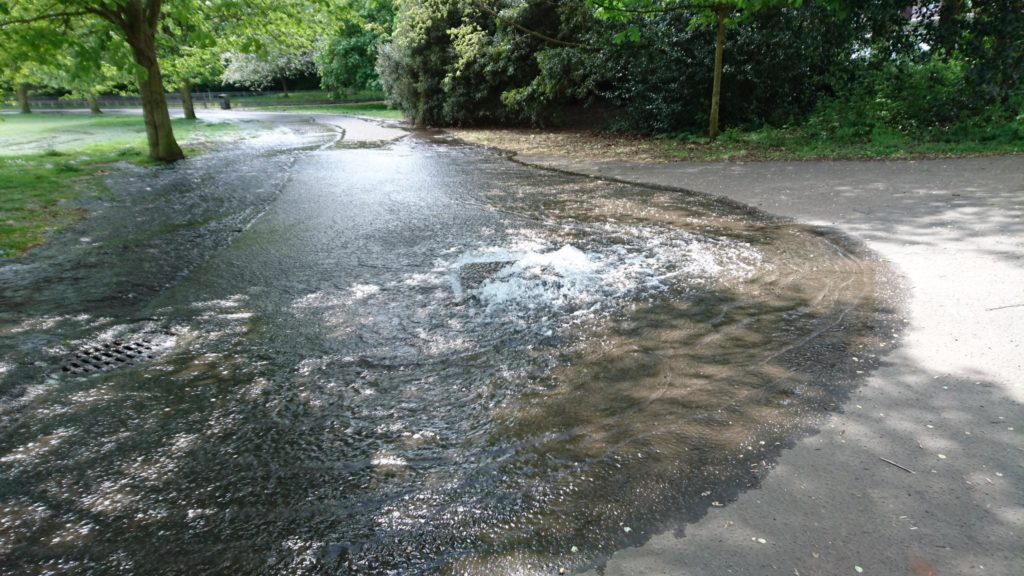 The water started bubbling up at lunchtime, pooling around a manhole cover in the park, and staying there for the afternoon. It is now beginning to ebb away.

A spokeswoman for Southern Water said: “As a result of some routine maintenance we’ve been carrying out at our Goldstone water supply reservoir earlier today, some water has pooled in nearby areas.

“We’ve had our engineers out on site, checking that everything is working as it should and, as our maintenance work in the area has now finished, the water should naturally subside shortly.”

A council spokeswoman said: “We reported it to Southern Water and a member of the public had already reported it as well, it is being investigated now and we have staff on site too.”