A homeless teenager from Brighton was cremated yesterday (Monday 22 May) in a funeral at the town’s Downs Crematorium.

Callum King, 18, died after falling from Eastbourne Pier at about noon on Friday 5 May. He was pulled from the water by paramedics but died at the scene. 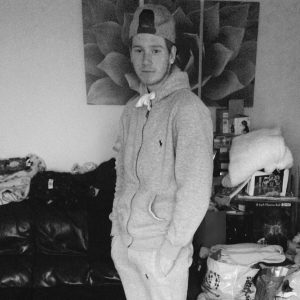 He had been evicted from a hostel in Brighton, in Percival Terrace, and was reported to have been suffering from mental health problems.

Callum was a member of the Emergency and Temporary Housing Residents’ Action Group (ETHRAG) which set up an online crowdfunding campaign to raise £2,000 for his funeral.

So far £1,850 has been raised on the Just Giving crowdfunding website with ETHRAG founder Daniel Harris keen to reach the £2,000 target in the coming fortnight.

An inquest into Callum’s death was opened and adjourned on Thursday 11 May. A provisional date for his inquest to resume was set for Thursday 21 September at Eastbourne Town Hall.