A driver has been jailed for killing a 78-year-old man in a hit and run crash after racing a friend through the streets of Brighton at high speed.

Gavin Dawes, 33, was sentenced to nine years for causing the death of a much-loved Brighton man, Jonos Sasvari, known as Hungarian John. 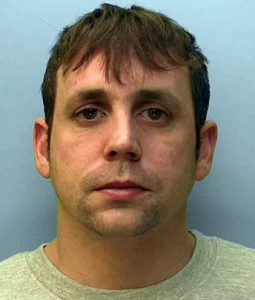 Dawes, of Phoenix Place, Brighton, was filmed driving at speeds of up to 90mph after police spotted him racing 35-year-old Richard Woolgar down Lewes Road in January.

He was also jailed for an extra 15 months for a separate case of dangerous driving in another high-speed police chase through the streets of Kemp Town last year.

As well as a total jail sentence of ten years and three months, at Hove Crown Court the unemployed father of two was also given a 15-year driving ban by Judge Jeremy Gold who described his driving as absolutely appalling.

Dawes had never passed a driving test and was on bail for dangerous driving when he mowed down Mr Sasvari, of Little Preston Street, Brighton.

And after hitting him, he didn’t stop despite extensive damage to his car, including a shattered windscreen.

Officers from Sussex Police spotted Dawes at about 10pm as he raced into Lewes Road at the Coldean Lane traffic lights in a Vauxhall Astra alongside a Vauxhall Zafira driven by Woolgar, of Donald Hall Road, Brighton.

Woolgar, who was filmed overtaking a bus at high speed near Brighton Racecourse, admitted dangerous driving and was jailed for a year and given a three-year driving ban. 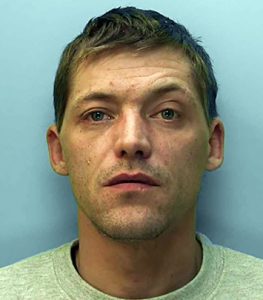 When officers first spotted the pair racing, they tried to stop them near the bottom of Coombe Road.

Moments later he crashed into a stationary Nissan Micra which was waiting at a pedestrian crossing at the Old Steine.

At that moment Mr Sasvari, who had been at a betting shop in St James’s Street, crossed the road towards North Street and Dawes drove in to him on the pedestrian crossing.

Sussex Police said: “Members of the public and the first officers to arrive rushed to help John who tragically died at the scene.

“Dawes didn’t stop but continued driving. He crossed the roundabout at the pier, drove along Madeira Drive and abandoned his car before heading into Whitehawk. 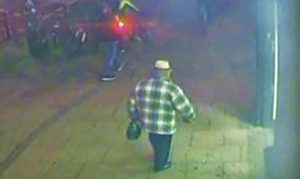 Jonos Sasvari seconds before he was hit and killed

“Officers searched the area for the car which they found abandoned and extensively damaged near to the Brighton Marina.

“Work went on through the night to find and arrest the man responsible, 33-year-old Dawes. The other car, the Vauxhall Zafira, was found abandoned in Playden Close, Whitehawk.”

It was outside the Dawes family home in Playden Close. 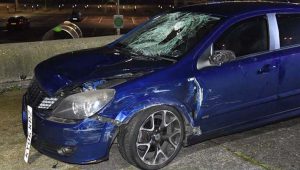 Sussex Police said: “The next day Dawes and Richard Woolgar, the driver of the Zafira, both handed themselves in but declined to answer any questions.

“Four days later Woolgar, 35, of Donald Hall Road, Brighton, was charged with dangerous driving and driving without insurance and a licence.

“He pleaded guilty and was sentenced to 12 months’ imprisonment, disqualified from driving for three years and fined £500 for no insurance and £100 for driving without a licence.” 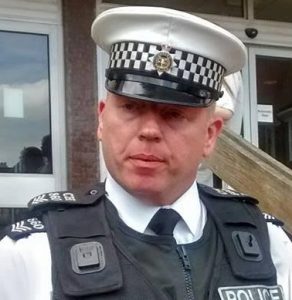 Road policing lead investigator Sergeant Richard Hornsey said: “It’s difficult to imagine a case where a driver has had so little regard for the safety of others than this one.

“Gavin Dawes wasn’t drunk or on drugs. He made a conscious decision that night to drive at grossly excessive speeds along urban roads and into the heart of Brighton.

“John had just left a local betting shop and was making his way home when he used the pedestrian crossing at the Old Steine.

“He was in the middle of the crossing when he was struck by Dawes’s Astra and he was tragically killed.

“Dawes didn’t stop at the scene and drove his badly damaged car for a further one and a half miles before abandoning it and running away.

“Despite handing himself in the following morning, he has never answered any of the questions put to him.

“This has been a challenging inquiry involving a small dedicated team of officers and staff. I would like to thank each of them and I would also like to take this opportunity to thank the members of the public who provided information, witness statements and CCTV footage.

“We are pleased that Dawes offered a guilty plea and hope that his sentence will act as a strong message to others that driving in a careless or dangerous manner has serious life-long consequences, not just for the driver and their victim but also for their friends and families as well as the wider community.

“Our thoughts today are with the friends of John.”

The Independent Police Complaints Commission is independently investigating the circumstances of police actions before the crash.