A former policy director at Brighton and Hove City Council has been ordained as a deacon in the Church of England.

Richard Butcher Tuset moved to Brighton and joined the council almost 20 years ago with his partner Phil. They have three children. 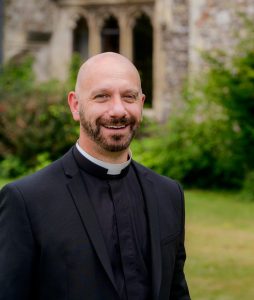 For much of his time as a council officer, no political party had an overall majority. But Mr Tuset won the trust, co-operation and admiration of politicians of all parties as well as colleagues and those he worked with in the wider community.

He rose to become head of policy and communities but, despite loving his job, he felt called to serve God as a minister in the Church of England.

Having been ordained in a service at Chichester Cathedral, Mr Tuset will serve as a curate at the churches of All Saints, Sidley, and St Barnabas, Bexhill.

He was among 12 men and women to become deacons in the Petertide ordinations in a service conducted by the Bishop of Chichester Martin Warner.

They included Steve Mills who will serve at St John’s Church, Preston Park, having previously worked as a drama and RE (religious education) teacher in a secondary school.

Another is Jessica Reid, 26, who will serve at St Nicholas, Brighton. Her husband, Angus, is also training to be a priest.

Author and journalist Jane Bartlett started the Brighton and Hove Centre for Spirituality at All Saints Church, in Hove, with her husband John.

The mother of three previously spent a spell at St Nicholas, Brighton. She said that she was excited about becoming an assistant curate in Shoreham.

She will serve at St Mary de Haura, Shoreham, and the Good Shepherd, Shoreham Beach. 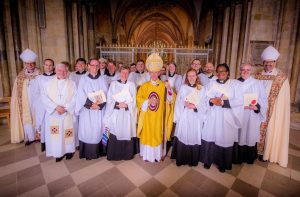 Former Brighton schoolboy Sam Carter will serve at All Souls, Eastbourne, having previously worked in internet policy for the communications regulator Ofcom.

The married father of four said: “In the few moments when I’m not working or enjoying time with the family, I like to run, read and cook, though not generally at the same time. I’m also hoping to pick up the guitar again.”

After a year serving as a curate the 12 are expected to be ordained as priests.