The former chancellor of Sussex University, the Duke of Richmond and Gordon, has died at the age of 87 after a short illness, his family said.

He served as chancellor of Sussex for 13 years from 1985 to 1998, becoming only the third person to hold the title since the university was founded in 1961.

The first chancellor Walter Monckton, also known as Lord Monckton, held the largely ceremonial post from 1961 until his death in 1965.

The duke took over from Lord Shawcross, who held the post for 20 years and who previously served as chief prosecutor at the Nuremberg war trials as Sir Hartley Shawcross.

And he was succeeded by the actor and director Richard Attenborough, who as Lord Attenborough held the post until 2009 when the actor, comedian and broadcaster Sanjeev Bhaskar took over. 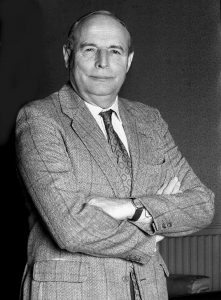 Charles Gordon-Lennox, the tenth Duke of Richmond and Gordon

The tenth duke was born in 1929, the same year that his father, Freddie March, started his career as a racing driver. He succeeded to the title in 1989.

His son, also Charles Gordon-Lennox, and known as the Earl of March and Kinrara, succeeds his father and becomes the eleventh duke.

The Eton-educated tenth duke had five children, including two adopted daughters, one of whom is the actress Nimmy March.

His family are planning a private funeral. They will also hold a memorial service for the public to attend at Chichester Cathedral.